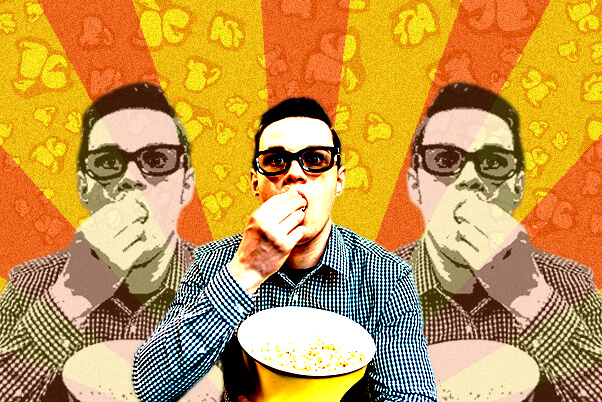 The day is yours! Take a puff of that good medical stuff, eat a ferocious gummy bear, or place a drop of that cannabis tincture under your tongue – whatever the method, stoner movies are usually a great way to spend a THC/CBD filled experience.

But what are you going to watch?

Sure, you could go traditional. Cheech & Chong, Fast Times, Half Baked, Grandma’s Boy – the stereotypical stoner movies, although classics, don’t really provide much food for thought, let alone satisfies that boundless imagination of yours.

So, if you’re looking for a fresh, profound experience or to transcend the mental cages that conventional society tends to impose on every one of us, here’s the first installment of 12 stoner movies that can aid in doing so. As for other best things to do while high, check out our guide here.

Browse Through Over 400 Different Cannabis Products at Herb Approach Today

When you’re in the mood for thought-provoking movies, Shutter Island is as good as they come. This psychological mystery unfolds in a mental asylum perched atop a rocky, windswept island in Boston Harbor. It’s 1954 and two cops, Teddy Daniels (Leonardo DiCaprio) and Chuck Aule (Mark Ruffalo), arrive on the scene to investigate the disappearance of a patient who’s escaped from the asylum. The film’s director is also the legendary Martin Scorsese, behind such films like Goodfellas, Casino and the Wolf of Wall Street.

Get ready for aw inspiring performances and feel yourself drawn into a world of madness and emotional turmoil as you attempt to solve the murder mystery. It’s tense, scary at times, and will have you questioning reality.

Do you ever feel like you’re lost in a dream, or like Alice, tumbling down a rabbit hole? A cognitive expansion classic, The Matrix, follows computer hacker Neo (Keanu Reeves), as he makes the discovery that the world as he knows it doesn’t exist. Instead of what’s normally perceived everyday, the human population is controlled by sentient machines, who harvest humans as an energy source, which are further kept alive through being plugged into virtual reality.

You probably know how mind-bending this movie is, but have you seen it on weed?

With Mary Jane’s goggles, you’ll be ready to follow rebel Morpheus (Laurence Fishburne) and leather-clad warrior Trinity (Carrie-Anne Moss) as you find out just how deep the rabbit hole goes.

So which pill will you take, the red or the blue? Or rather, the real question is – will you continue living in a state of illusion or wake up to the reality of things?

Imagine encountering your own clone. In this non-typical stoner movie set in a future timeline, everybody’s favorite muscled action-hero Arnold Schwarzenegger, playing Adam Gibson, comes home for his daughter’s birthday only to discover he’s been replaced by a clone of himself.

This is clearly not your average stoner movie, because you’ll explore deadly conspiracies, virtual holograms, creepy dolls, cloned pets, and even deeper themes of identity and fundamental human rights when it comes to cloning. Issues that we could very well encounter a lot sooner than we think.

What if you (Jim Carrey) opened a novel and found out it was written about you? What if you then became obsessed with the information inside that book? You’d notice things other people don’t see, like the uncommon prevalence of the number 23. What does it mean and why do you suddenly see that number everywhere you go?

The Latin alphabet has 23 letters. There are 23 pairs of chromosomes in the human genome. When you add up the date of the Titanic sinking – it equals 23. When you take the date of the Hiroshima bombing in Japan and subtract that by one, you get 23.

See where we’re going with this?

The Number 23 is a film that provides a peek into our uncontrollable obsessions of finding patterns and thus attaching meaning to every single one – to the point of at times absolute absurdity.

Nevertheless, the number 23 is a film that’s so ridiculous, that it still provides an enjoyable experience.

Imagine a sentient machine with the full range of human emotion and analytical power greater than the collective intelligence of every person ever known.

Everyday this is becoming more of a reality as computer chips and genetic engineering are becoming more prevalent and accessible to certain niches in the population. In other words, we’re entering a strange new world where man and machine can ‘merge’ into one.

In Transcendence, that’s exactly what happens to controversial AI researcher Will Caster (Johnny Depp).  After being attacked by anti-tech extremists, he’s brought back from the brink of death by wife Evelyn (Rebecca Hall) and colleague Max Waters (Paul Bettany) who upload his consciousness to save him.

Sit back, relax and consider the possibility of consciousness existing as an algorithm running on a computer. What could go wrong when one man gains that much power?

You can never be quite sure about the relationship between dream and reality, especially if you wake up, but find yourself still inside the dream, and you wake up again, but you’re in another dream. That’s deep, and that’s exactly what makes Inception a great stoner movie.

Make your way through multiple levels of sleep with professional trespasser of the subconscious, Dom Cobb (Leonardo DiCaprio). Cobb and his team including wide-eyed and gifted student Ariadne (Ellen Page), use a concoction of drugs to deep dive into dreams to extract corporate secrets.

When things go wrong for Cobb, he gets an opportunity to redeem himself if he can complete the impossible task of incepting someone’s mind.

Journey through this labyrinth of complex and multi-layered dream sequences until you’re a little like Cobb, and not quite sure where, exactly, you are.

Looking to hurl out into the solar system in a hypnotic trip? With Contact you can. The opening scene allows you to hover over Earth, as you listen to a cacophony of radio signals that humanity has sent into the corners of space.

Based on the best-selling novel by Astronomer Carl Sagan, this stoner movie follows scientist Ellie Arroway, played by Jodi Foster, who has dedicated her life to making first contact with an extraterrestrial advance race.

And when she finally does, the message relayed is not what you think.

With discussions of science, religion, and of the proof of a God, you’ll find yourself thinking about life beyond our planet, and wonder what’ll happen if we ever find it.

Earth is careening toward extinction. Step into the story of an ex-pilot leading a NASA expedition near the rings of Saturn to locate a new home for humanity. This movie will propel you into deep-thought, but also provoke fits of the giggles, as space-cowboy Mathew McConaughey channels Han Solo, and explores space alongside Anne Hathaway and Michael Caine.

As time goes on, you’ll find yourself drooling over the profoundness of the universe and wondering whether McConaughey is really alive and sending messages through time.

Imagine having a camera that takes polaroid pictures 24 hours into the future allowing you to peek into the events of the next day. #mindblown

How would a 24-hour peek into the future change things for you?

When Finn (Matt O’Leary) together with his girlfriend Callie (Danielle Panabaker) and friend Jasper (George Finn) investigate the apartment of a dead scientist, they make the discovery and try to cash in. But greed brings on danger as disturbing photos appear, and paradoxes start to occur.

For one, the info sent back in time on the time-defying polaroid doesn’t seem to have a clear point of origin. When was it taken?

Take Finn looking at a future photo of himself in the future with his completed paintings for example. It’s difficult to know whether the inspiration to create the painting originally arose from Finn, or from the photo. Now that’s a good stoner movie.

Against the backdrop of a dystopian South Africa, a cop-robot gains sentience and begins to learn and develop from humans, thanks to an engineer named Deon (Dev Patel).

How might the creation of sentient cop-robot change the world, especially if it fell into the wrong hands? That’s the focus of sci-fi romp Chappie, starring Hugh Jackman and Die Antwood’s rap duo Yolandi Visser and Watkin Tudor Jones, who play Mad Max-style gangsters.

You’ll get swept up in deep thought as Chappie, the big-hearted robot, leads a revolution against the oppressive law enforcement while grappling with his new-found emotions.

You are part of a poverty-stricken class, and, as a collective, you stop aging at 25 years old. But, like everyone else in this class, you’re given one more year to live. In this world, time is a currency like the US dollar, where if you run out, you die. Since time is a currency, the rich can live forever, while you and your family and friends must negotiate and cut corners to live immortally.

Justin Timberlake stars as Will Salas, a man who finds himself on the run. He kidnaps a time tycoon’s daughter (Amanda Seyfried) and begins redistributing precious time to the needy.

This stoner movie hits you with questions about overpopulation, and the disparity between the rich and the poor. You’ll imagine a world in which murder might not seem so far fetched when you can steal time to keep yourself alive.

If you’re a real stoner, this movie is probably the greatest of them all – it’s like a cartoon poem. You’ll go on a journey through a lucid dream with a man called Wiley Wiggens who shuffles through the city of Austin,Texas. He, and a cast of characters, ask questions about the universe, existence, purpose and meaning. Some of it’s profound, some is utter nonsense.

Characters are talking about talking, about thinking, and about surplus consciousness, and the movie summarises, in other words, that we have more going on in our heads than we’ll ever be able to make sense of.

By the end, you’ll be ready to sleep so you can continue your lucid exploration.

That’s it! Hope you enjoyed our list of 12 stoner movies that are likely to help you think outside conventional boundaries.

As for all cannabis-related news, subscribe to our news site, or for direct access to the highest quality cannabis products, browse through our menu today.