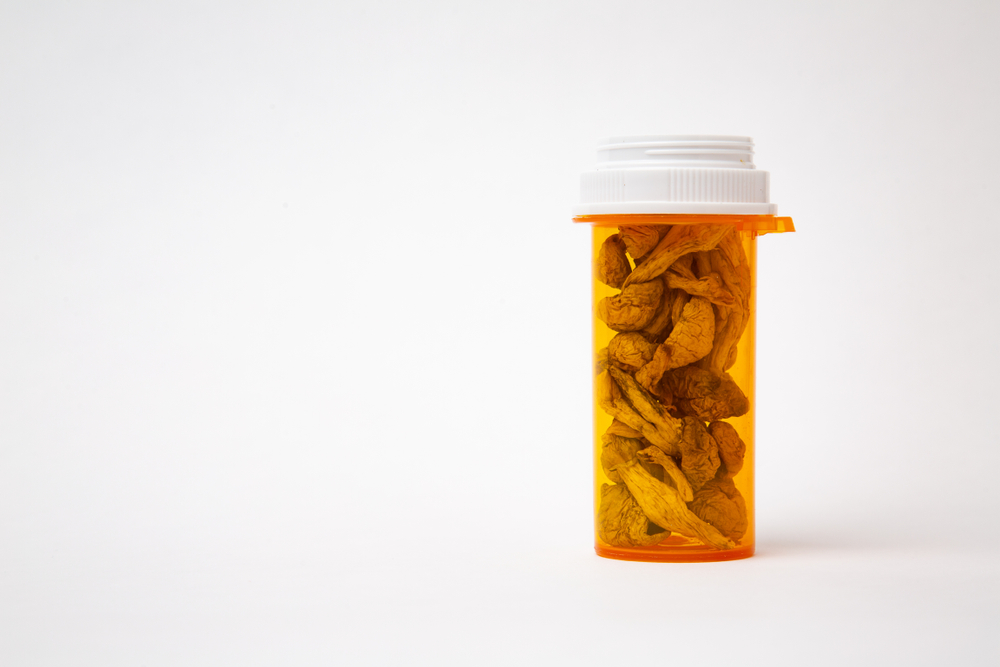 Are magic mushrooms legal in Canada?

It’s a tricky question to answer because technically, the answer is no, but mushroom spore kits and cultivation kits are legal and are available for purchase easily online and even in stores. However, those with a prescription or medical exemption (usually palliative patients), can purchase and use shrooms under medical guidance.

It’s a convoluted rule which states that psilocybin and psilocin, the hallucinogenic compounds found in magic mushrooms, are illegal to possess, obtain, and produce without a prescription or license. Yet, confusingly, grow kits are deemed legal since they don’t contain psilocybin or psilocin.

This quasi-legal status that mushrooms currently enjoy harkens back to the era of cannabis illegality, where you could sell, buy, and smoke pot in most Canadian cities and the authorities would turn a blind eye.

After all, we all remember one of cannabis culture’s biggest 4/20 events hosted in Vancouver, BC, where hundreds of vendors and thousands of tokers congregated to buy and sell weed flower, edibles, and accessories.

However, similar to how advances in marijuana research led to our favourite flower’s legalization in late 2018, magic mushrooms could be going down the same path.

So are magic mushrooms legal in Canada? Yes and no. They enjoy the same amount of respect and legality as weed did prior to federal legalization, but due to their immense medical and theuraputic effects, they’re available for sale almost everywhere in Canada.

A few weeks ago, a study was released on November 4 of this year that revealed the effects of psilocybin were at least 4x stronger than traditional antidepressants.

The study was conducted with 24 adults suffering from major depression. They were each administered two doses of psilocybin accompanied by supportive psychotherapy. Researchers state that magic mushrooms can offer those suffering from depression a faster, healthier way to recovery without any of the adverse side effects that so often accompany traditional anti-depressant use.

Dr. Davis, the co-author of the study and Adjunct Assistant Professor at the John Hopkins Center for Psychedelic & Consciousness Research says that shrooms “could be a game-changer if these findings hold up.”

While mushrooms are illegal with the exception of medical use, the Canadian government could be planning to shake things up.

Mona Strelaweff, a 67-year old woman from Victoria, BC, was just granted an exemption from the federal government which allows her to use magic mushrooms to treat her trauma.

This is the first instance where the Canadian government is allowing non-terminal, non-palliative patients to use shrooms for their treatment.

Following in the footsteps of Oregon, an American state which just recently voted to legalize magic mushroom assisted psychotherapy statewide a few days ago on Nov. 3, the Canadian government’s next move could provide some relief for end-of-life-care patients and an alternative method of treatment for mental health patients.

Are Mushrooms Legal in Canada? Why the Sudden Change?

Magic mushrooms and shrooms have been around for a long time. Long before research into psychedelic substances such as LSD and shrooms began in 1995, shrooms were used ceremoniously and religiously for thousands of years by various cultures around the world.

As more and more research comes out in support of psychedelic-assisted therapy, public opinion is changing to support the decriminalization and use of these trippy mushroom caps.

Medical psilocybin, much like medical marijuana, could be making its way into treatment centers and therapy clinics sooner than you might think.

TheraPsil, a non-profit NGO that advocates for psychedelic-assisted therapy report that they’ve been “inundated with requests.” Since then, they’ve helped many Canadian doctors and therapists apply for medical exemptions which would allow them to take psilocybin for educational and training purposes.

Their goal is to kickstart the first legal training program for medical professionals to learn about and practice psychedelic-assisted therapy.

Are Mushrooms Worth a Try?

This question is about as complicated and technical to answer as “are magic mushrooms legal in Canada.”

The short and quick answer is: it depends.

Shrooms, unlike weed, offer a different experience to everybody. There is no checklist of expected effects, revelations, or epiphanies that’s standard for each user. You can expect a few things to happen, but there isn’t a standard for what magic mushrooms can do for you.

The effects of psychedelics depend primarily on your state of mind, your surroundings, and your past experiences. Many of us on the Herb Approach team have used and continue to use shrooms both for recreational and medicinal purposes, but that isn’t to say that we recommend everyone to dive headfirst into the world of psychedelics.

After all, there’s a reason why all of the patients who’ve gained the opportunity to use psychedelics, use them alongside a trained professional.

Magic mushrooms, when used correctly, can help you deal with traumatic experiences, overcome personal barriers, and reach a level of enlightenment that you would otherwise think impossible if you’ve never had the opportunity to consume shrooms yourself.

What Can You Expect?

Intensely introspective, shrooms allows you to turn your perspective inwards and reflect upon yourself. The hardest questions are often the ones you ask yourself, and these come rising to the surface as you begin to wrap your head around different perspectives and ways of thinking.

It’s a spiritual journey, but that’s precisely the reason why many end-of-life and palliative patients find solace and relief after a psychedelic trip. The enlightenment and personal journey that you’ll go on while on a mushrooms trip opens up your mind to new possibilities and ways of thinking – a fact that’s not lost on those going through therapy.

With all that being said, you don’t have to be a palliative patient or someone suffering from mental health to enjoy the experience and benefits that shrooms can provide.

Beginner mushroom strains, such as Golden Teachers, offer a mild, introspective journey that’s perfect for novices without being too overwhelming.

To control the dosage, there are even shroom edibles and shroom tea that deliver a controlled amount of psilocybin to ensure a smooth and easy journey.

No matter the reason or objective, it’s important to source your magic mushrooms and shroom consumables from a trusted source such as Herb Approach. Be sure to browse our selection today and ask any of our Live Chat agents for questions should you have any!