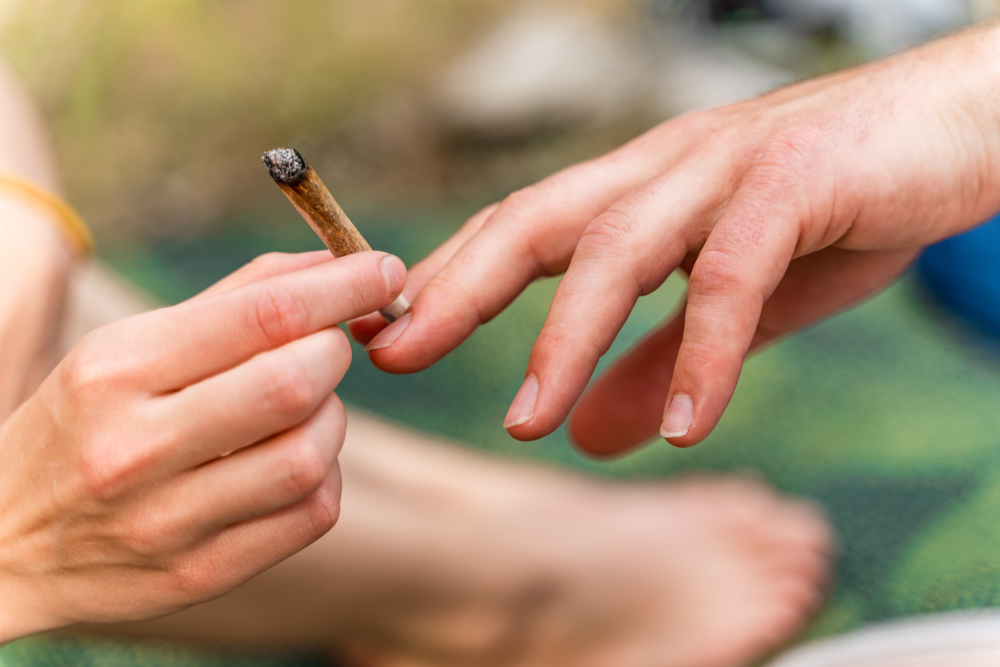 A spliff is as classic as a joint, but many tokers remain unaware of what a spliff is and how fundamentally different the experience is compared to other, more classic methods of smoking.

Many people may be immediately turned off by the idea of the spliff, and they wouldn’t be wrong. The fact remains that many people around the world still love spliffs. Some people smoke them exclusively, and they are far more common in Europe than in the United States.

We are not going to get into the harms of tobacco or take positions too much. It is a fact that it causes cancer – we don’t need to debate that here. So what we’ll do is take an objective look at the spliff, as well as reasons why smoking spliffs are just so enjoyable.

Let’s start with the basics!

Why is it Called a Spliff?

A spliff is a combination of cannabis and tobacco. There are people out there suggesting this term came from the Caribbean, but this is not confirmed. Unfortunately, this slang term does not have a clearly defined history. Some people use the term spliff more generously, even just to refer to a regular rolled weed joint or blunt.

Others also consider using tobacco rolling paper, or a blunt paper, as a spliff.

Technically, blunt wraps contain nicotine so they are essentially the same as spliffs in that regard – but not entirely. A blunt is the better term for these types of joints unless you are also adding tobacco inside alongside the weed.

Otherwise, a blunt is just a type of joint that uses cigar or cigarillo papers. Keep in mind, you can also replace nicotine with other additions to create your spliffs!

So what’s a spliff? It’s a regular joint that had tobacco included inside!

Spliff vs Joint – What’s the Difference?

Technically, a spliff is a kind of joint, but not all joints are spliffs. While some people use the term spliff to describe other things, the commonly accepted definition is that spliffs involve tobacco and cannabis in the same package.

The process for rolling a joint is the same as using rolling papers to roll a spliff. The only difference generally is that spliffs look like a cigarette in that they may have tobacco sticking out of an untwisted end.

If you know how to roll a joint, you can roll a spliff. Some people use filters, or crutches, with their spliffs. This filter would be made just like one makes a crutch for a joint. This varies from rolled tobacco cigarettes that use cigarette filter tips. These are those little white sponge-like filters, as opposed to rolling up paper for use as a joint filter.

For many cannabis lovers, the thought of combining the incredible flavor of weed with tobacco is repulsive. Others are appropriately concerned about the carcinogenic (cancer-causing) effects of tobacco.

While smoking any burnt plant matter is harmful, cannabis appears to be nowhere near as harmful. Others dislike this combination because the two substances have different inhalation patterns. Nonetheless, there are many people that enjoy Spliffs.

Tobacco produces pleasant effects after smoking it, anyone who has experienced this head-rush gets it. Cannabis also does great things to our sensations. Tobacco can also produce a stimulating effect that some like combining with cannabis to counter the somewhat sedative effects of weed.

There are also practical and economic reasons that make sense when you think about them.

First of all, some people are already addicted to tobacco and when they included weed into their daily habits, they went with the spliff.  It also makes sense to use a thinning agent when you’re about to be dankrup. We could also mention how it may help save money, as tobacco is generally much cheaper.

Places that do not have good access to cannabis, or people who don’t know that the best weed is available at an online dispensary Canada, may require more liberal use of your stash, and hence the spliff. Many people say they are easier to roll than joints, and this once again relates to the quality of the weed you can get.

Finally, spliffs are also less potent. Many people don’t want to get too high, and this is one way to get more smoking with less THC-high. Many people have switched out high CBD hemp flower instead of tobacco for this same purpose. There is research that indicates that the smoking of spliffs is associated with more cannabis dependence and psychosocial problems.

We’ll focus on the tobacco here, as it comes with harms already mentioned. The evidence is clear that tobacco causes cancer. Many of the other compounds added to nicotine products appear to make the whole situation far worse as well. Inhaling tar is not good, as I think most of us have seen those pictures of old smoker lungs and just how black they look.

Tobacco also smells worse than cannabis to many people. Not smelling like cigarettes is certainly one reason for not smoking spliffs.

The taste situation is also similar. For many of us, we love the taste of our weed. We go out and buy these precise strains that we love with the terpenes we enjoy. Adding nicotine to this situation just seems like a waste as far as enjoying great strains goes.

One final point that people often forget, is that of the differences between inhaling tobacco and cannabis smoke.

Anyone who has tried both, or even watched others smoke, knows that you do not smoke them the same.

Cannabis is inhaled more deeply and held for just a moment. Cigarettes are inhaled quickly with immediate exhale. The rolling papers used for each also burns slightly differently for a rolled joint than a spliff, meaning that you have to decide which one you’ll use.

A perfect example of the cons of smoking spliffs involves viewing tobacco as beer and cannabis as a spirit.

We all enjoy cheap beer, drinking it quickly without much enjoyment of the taste. Compare this to a glass of whisky, where we pay for high-quality flavor and slowly sip it.

A spliff is like throwing a shot of whiskey into a glass of beer and then drinking it like a beer. As you can see from this example, the combination of weed and tobacco ruins the taste, flavor, and experience of these separately.

It’s worth noting, you could simply smoke the two separately, one after the other. We tend to call this ‘chasing’ and it appears to be more common in North American than smoking spliffs. Unfortunately, this still means you are getting all the harms and negative effects of smoking tobacco.

So, the next time you want to add tobacco leaf while you roll a joint, take an extra moment to reconsider joints spliffs. For numerous health reasons, tobacco paper used for a joint spliff is just as bad as adding tobacco inside.

Are Spliffs Worth it?

Congratulations on making it through this guide to the spliff. You have learned all the in’s and out’s of each, including why you should or shouldn’t smoke them. For the lover of the classic joint filled with cannabis, spliffs can also seem like sacrilege.

Even the word joint holds important meaning to many of us, but others hold more liberal views. Do consider your health before smoking spliffs, and try to reduce how often you consume them. The same goes for blunts, which can be a sneaky route for becoming used to adding nicotine to your joint. This can quickly escalate to smoking spliffs.