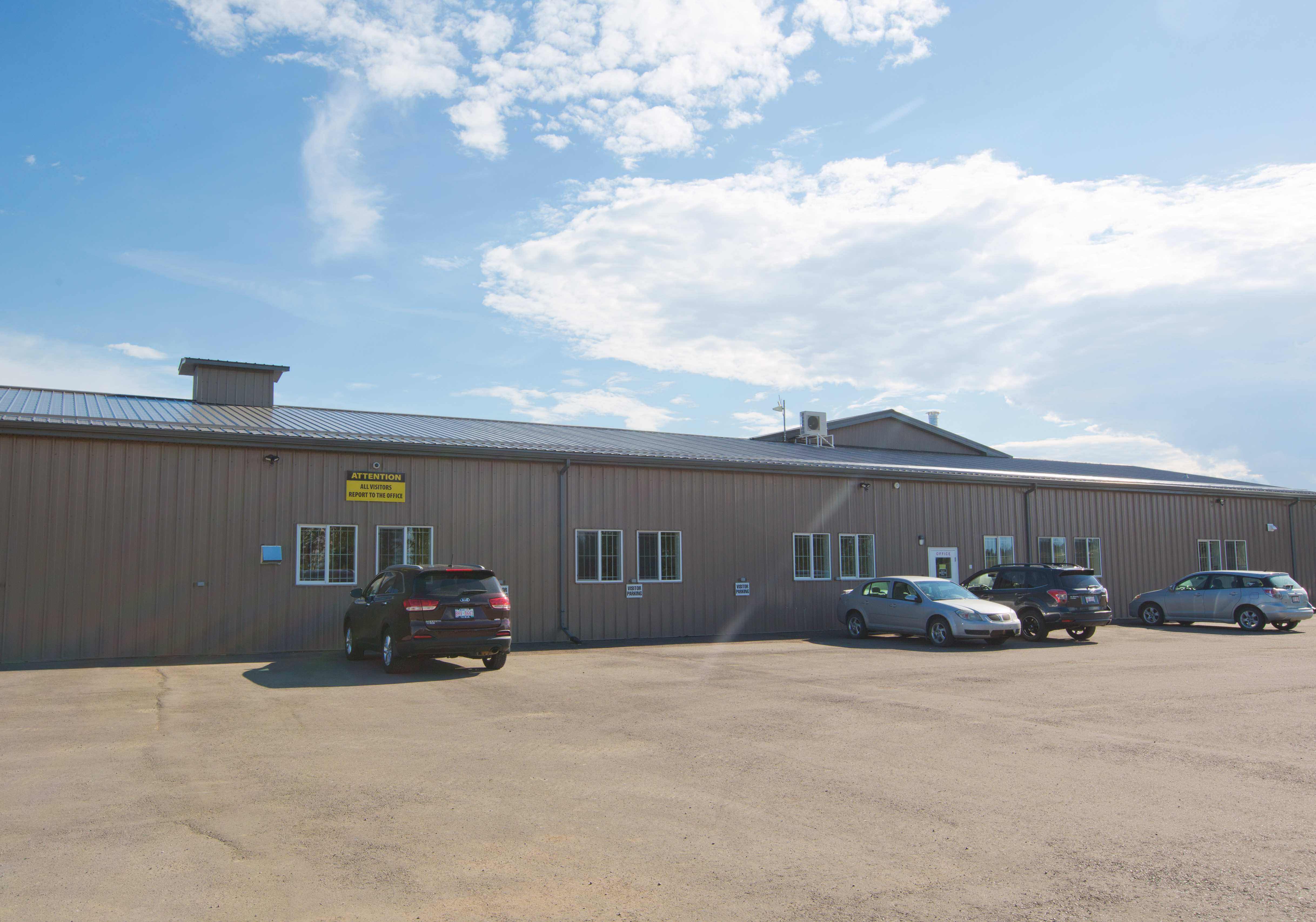 Aurora Cannabis is Alberta’s only licensed producer of medical marijuana, and just seven months after it began selling dried marijuana through mail order, the company based in Mountain View County, about an hour’s drive north of Calgary, already boasts thousands of loyal customers.

Cam Battley is  the Aurora Cannabis senior vice-president, and has also earned the nickname Captain Cannabis as the chair of the advocacy committee for the Canadian Medical Cannabis Industry Association, lobbying for a sector he argues is an important extension to the nation’s health-care system.

When he’s not extolling the virtues of a drug that not long ago was seen as a street-level scourge, Battley’s a Cub Scout leader with the 1st Campbellville Scouts just outside Mississauga, Ont.

“The purpose of what we’re doing here is to help patients who have not been satisfied by traditional or conventional medical treatments,” he said during a recent tour of the 55,200 square-foot, purpose-built facility in southern Alberta’s foothills.

“What’s most satisfying about this business and what makes me most passionate is when we talk to patients who’ve had their lives literally transformed by the use of medical cannabis.”

It’s a world Battley is very familiar with, having joined the burgeoning medical cannabis industry after a career in biotechnology and pharmaceuticals.

Aurora Cannabis is one of 34 licensed medical marijuana producers in Canada, the vast majority of them based in Ontario and B.C. The factory operations began sprouting up after the federal government enacted Marijuana for Medical Purposes Regulations (MMPR) in June 2013, dumping home operations in which medical pot was cultivated by patients for personal use, in favour of much larger-scale, for-profit operations.

By the end of March 2016, the number of medical marijuana users registered by Health Canada had soared to 53,649. With growth of about 10 per cent every month, Battley expects that number is now in excess of 85,000, and still growing by leaps and bounds.

“Demand is growing very, very fast, and that’s a measure of the scale of the unmet medical need,” he said.

Some 64 people are employed at Aurora, which produces about two dozen cannabis strains named after mountains in the Canadian Rockies — 3 Sisters, Tower and Odin among others — and production has blossomed to the point they’re harvesting a crop of plants weekly.

Inside the facility, marijuana plants are cloned using cuttings from so-called mother plants that are then grown in sterile petri dishes before moving on to a “flowering room,” where they will continue to grow until they’ve become mature. The buds from the plants are then stripped and placed in a drying room to remove moisture before they’re apportioned, packaged and shipped to customers.

The rooms are kept immaculately clean, with recirculated air and sterile environments, though some rooms offer an artistic nod to the product at the heart of the facility, including a small stained-glass window inside the secured entryway featuring a leafy cannabis plant in the middle of it.

Given the fact that the medical-grade weed is so potentially valuable to black marketeers, Health Canada security requirements are exceedingly strict.

Some 150 video cameras film every square inch of the facility, inside and out, and the data must be kept for two years for audits and investigations. Every tiny bud or plant clipping is accounted for, and finished product, stored in silver protective bags each worth about $8,000 on the street, are kept behind a vault with concrete walls and a massive metal door.

“The security requirements are to make sure there’s no diversion possible to the black market,” Battley said.

“More importantly, I think, from a patient’s perspective, is the quality regulations that ensure that the products that we grow and that we ship out to patients across Canada are absolutely pure and there are no contaminants such as you might find in a street product.”

Even as the medical marijuana business continues to boom in Canada, a bumper crop of prosperity is on the horizon with the federal government’s pledge to legalize pot. Justin Trudeau’s Liberals are aiming to introduce legislation next spring, though it remains unclear when consumer marijuana will hit the market, or how the new regime will look.

Whatever the case, legalization of the drug seems inevitable, Aurora Cannabis, and other producers will be in on the ground floor of the new marketplace.

“We were surprised last year when the Liberal government was elected and they reiterated the fact that, yes, they were serious with their election promise they were going to legalize the consumer use of cannabis,” Battley said.

“So this is going to happen. It’s going to obviously be good business — it’s going to have to be done exceedingly carefully and responsibly, and that imparts a particular responsibility to us as producers of cannabis.”

That means those in the production and distribution side of the marijuana business will have to work closely with municipal, provincial and federal governments to ensure consumer pot is introduced safely to a broader customer base, Battley said.

It will also mean expansion, with demand expected to shift from the illicit marketplace to a new legal playing field.

In the meantime, Battley said the industry is lobbying on a couple of fronts to improve access to the drug. The association representing the medical cannabis industry is in negotiations with insurers and the feds to provide the same coverage and tax breaks available for other forms of medication.

“In some cases, the use of medical cannabis is actually less expensive than the former regimen of conventional prescription medicines patients were using.

“So this is a bit of a moral issue and it’s certainly an economic issue for patients, and it’s something we believe as an industry, through our association Cannabis Canada, is definitely worth fighting for.”

The push is also on to convince the federal government to exempt the drug from sales tax, just like any other approved medication.

“It’s a prescribed product and it’s the only prescribed medicine on which GST and HST currently apply,” Battley said.

“We think we’re going to win that battle, we know that we’re in the right, we’ve got the support of the medical community. The time will come when we believe the GST and HST will be taken off medical cannabis.”

Still a fledgling industry, Battley said its pioneers have to ensure it grows the right way, quelling any fears that continue to linger in the public that it’s somehow not a legitimate medical operation.

“If we ever forgot the federal government’s policy objectives here, which is to keep cannabis out of the hands of kids, keep the profits out of the hands of criminals and to take a vast underground, illegitimate market and bring it up into the light of legitimacy . . . that would be a major problem,” he said.

“So we have to make sure that that doesn’t happen — we have to be incredibly responsible and get this right the first time.”