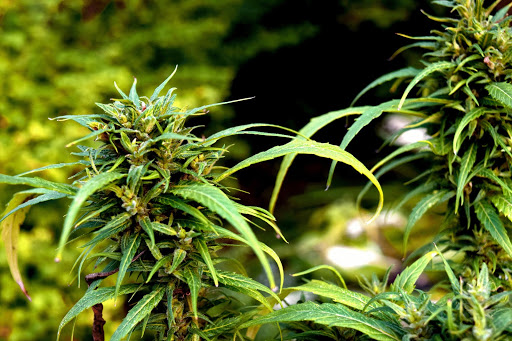 Acquiring cannabis has come a long way in recent years. No longer are you subjected to smoking a random strain that your dealers happen to carry.

We’re privileged to have an endless catalogue of strains from Amnesia Haze to Zeus. With such a catalogue we have the opportunity to make a purchase that suited to our desired experience.

To put you in the driver’s seat of every purchase, we’ll be categorizing the best Sativa strains by their respective effects. By doing so, you’ll have a brighter outlook on what are the strongest Sativa strains, and which better suit your needs.

It may not be the end all be all, but it will paint a clearer picture.

Find Over 40 Sativa Strains By Visiting Our Shop Today

For the longest time, choosing the best Sativa strain has been a bit of a crap shoot. Sativa’s are best known for their uplifting effects. But not all produce the heady high that’s associated with them.

Certain Sativas will help you relax, while others tend to help reduce chronic pain. They are thus contrary to the traditional theory on the effects of Indicas and Sativas.

The variety of strains available is mind-boggling. Going in blind can be a daunting task at best. And a waste of money and time at worst. To solve these woes, here are the best Sativa strains and their respective effects. 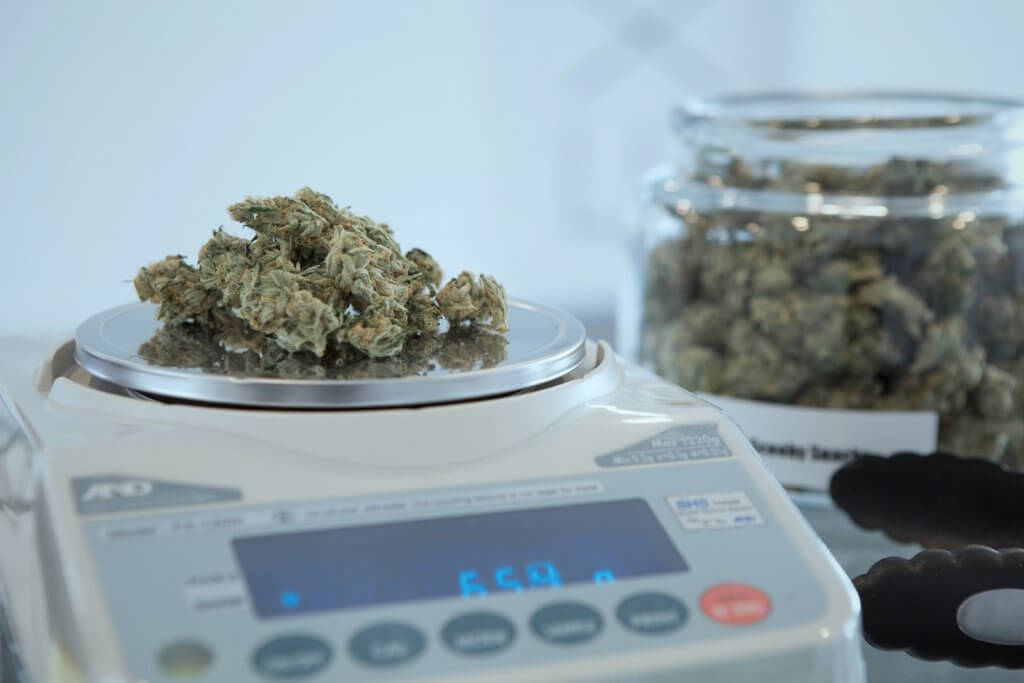 Although Kali Mist has unknown origins, we do know that it’s one of the best Sativa strains for creativity and focus. A light and refreshing high that is easy on the body. It won’t pull the rug from under your feet. Best used during the day and great for at work.

Willie Nelson is a cannabis icon. He’s put his safety on the line more than once to promote the use of marijuana. It only fits that he has a strain named after him — a worthy one at that.

Nelson has touches of euphoria, but it’s best known for its creative aspects. Listening to Willie Nelson’s music will help you understand why a strain that promotes creativity is named after him.

It takes a creative and focused mind to write fiction such as Alice in Wonderland or any other mind-bending book for that matter. The euphoric effects tingle your senses and open up perception.

You won’t head down a rabbit hole, but there’s going to be some tunnel vision in your near future.

It’s believed that authentic Chocolate Thai no longer exists. It was initially a landrace strain that made its way from Thailand. The issue with Chocolate Thai is it only produces male seeds. Creating clones was attempted, but they’ve been primarily dismissed as authentic.

That doesn’t mean the Chocolate Thai strains that are available today have no merit. They have taken on the characteristics of its lineage, promoting creativity and focus. Chocolate Thai is still one of the best Sativas to this day.

You might be scratching your head a bit at this one. But, Malwai is an up and comer in the world of Sativas. Due to its long flowering time, growers looking for a quick buck will overlook it.

Good things come to those that are patient, and Malawi tests your patience. The effects are described as entering the zone, similar to how Michael Jordan felt every game.

Thanks to the fantastic team at Sensi Seeds, Silver Haze has become a world-renowned Sativa. Silver Haze gets its name from the big frosty buds. It conquers anxiety as few strains can. Gifting you the freedom of being chatty and social at even the most crowded events.

A Pacific Northwest classic, Island Sweet Skunk tames even the most aggressive anxiety outbreaks. Also known as Sweet Island Skunk and ISS, it’s been long touted for its fruity flavour and impressive CBD content. It’s no wonder the strain is one of the iconic Sativa strains for anxiety.

Although Harlequin is considered a Hybrid strain, it’s at most going to have a Sativa to Indica ratio of 75:25. What makes Harlequin so unique is it’s exceptionally high CBD content.

It is best known for its relaxing and calming effects. These effects are accented with relief from anxiety due to the high CBD content.

There’s nothing quite like a warm summer’s night in Acapulco. The warm Mexican breeze is slowly melting away all fears and anxiousness.

That’s identical to how you’ll feel after smoking Acapulco Gold. A light and refreshing daytime strain that’s perfect for use in any setting.

Want to take a bite out of anxiety? Great White Shark is a top Sativa strain. We left this one for last as it’s a heavy setting strain.

Great White Shark is best used at night for social gatherings at your or a friend’s house. Experienced smokers may enjoy this during the day, but for novice consumers, it’s best left for at night.

Jack Herer is a classic strain that doesn’t need an introduction. The Jack Herer strain is named after the author and cannabis legalization activist, Jack Herer (Herer wrote The Emperor Wears No Clothes). He spent years supporting and spending all his energy promoting cannabis.

We assume he got all this energy from smoking Jack Herer.

Even without knowing its lineage, it’s well documented that Strawberry Cough will have you dancing around with a smile on your face.

Most likely for hours on end.

Sour Tangie is the cross between East Coast Sour Diesel and Tange. No wonder it gives off such an energetic and invigorating buzz. The high sets in instantly and acts as a power-up when energy is low.

The light and citrusy taste have been a favourite among cannabis consumers for years. Sour Tangie is highly recommended to those who are yet to try it.

By crossing the genetics of Skunk, Northern Lights, and Haze, we are left with a beautiful, sticky Sativa blend. An energetic strain that includes a long-lasting body high. The uplifting effects are also an excellent remedy for high-stress levels. Or when suffering from a lack of appetite and nausea. 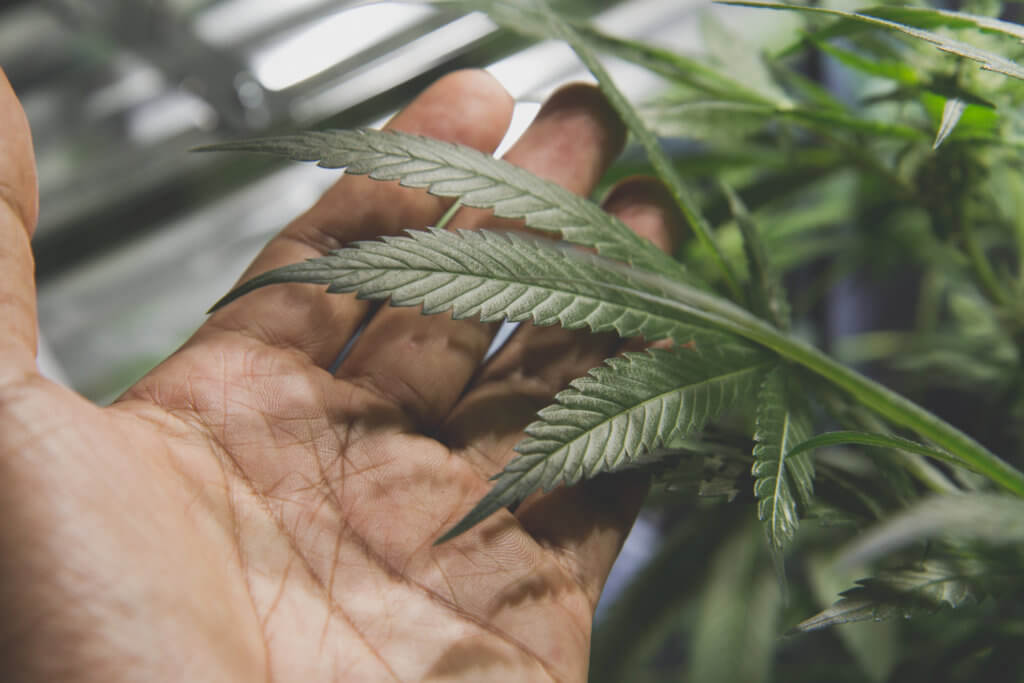 The Buddha was a serene and peaceful man. Never letting thoughts and emotions take him too high, or low. Laughing Buddha brings you back to that balanced centre that seems distant during a bout with depression.

Alaskan Thunderfuck deserves to be placed in the cannabis name hall of fame. The name alone brings a smile to people’s faces. Also known as ATF, it hails from the Matanuska Valley in Alaska, USA — an area so desolate that having the best cannabis available is the only source of enjoyment.

This is entirely a joke, as Matanuska Valley is beyond beautiful, filled with natural beauty. As well, hikes that please even those most avid of nature enthusiasts.

If there’s one thing that Jimi Hendrix did best, it’s made to bring joy out of thin air, and so does the strain rightfully named Purple Haze. A high energy and euphoric strain, Purple Haze can turn even the sourest states into bliss.

If you’re feeling down, slap on some Purple Haze and roll one up. If you don’t feel better, repeat steps one and two.

By combining Cinderella 99 and Vortex, we get the depression curbing Cinex. A strain packed with a creative touch, energy and most importantly, euphoria.

A better day is just a puff away when it comes to Cinex.

If there’s a place in this world that screams good vibes, it’s Hawaii. And also who doesn’t like a nice glass of Hawaiian Punch? The Hawaiian Punch strain isn’t for the faint of heart.

Its potent effects punch even the worst rut in the gut. With a THC content of up to 22 percent, it’s no wonder that Hawaiian Punch is a top strain for fighting depression.

Find Over 40 Sativa Strains By Visiting Our Shop Today

The Rest Is Up To You

We can sit here and tell you the effects of every strain in the world and what it’s used for, but it doesn’t matter until you try them for yourself. Cannabis works in such a fashion that certain strains will affect people differently. It’s essential to conclude for yourself what works and what doesn’t.

We suggest writing a journal to keep track of the amount and results for each new strain. Helping rid yourself of the guessing game and trim the fat. By narrowing down your selective strain list, you’ve given yourself the upper hand.

That way, you can come up with your best Sativa strains list!