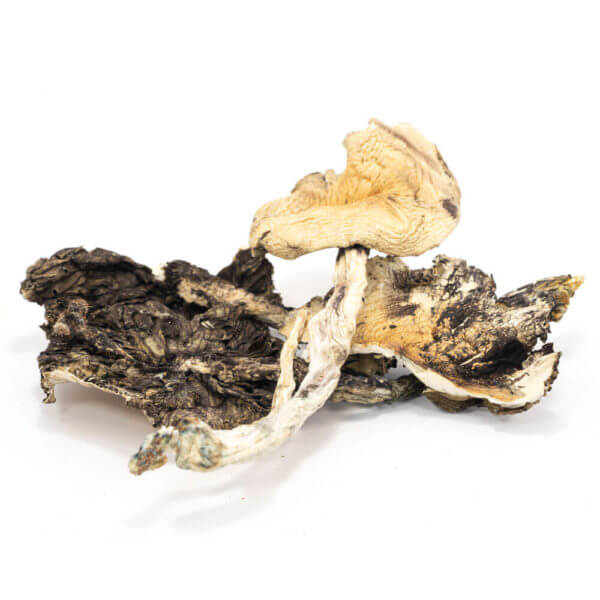 Psychedelic mushrooms such as Brazillian Cubensis have captured the imagination of people from all walks of life. The once-neglected medicine has surged in the mainstream. With it, a flurry of strains that were at one point only read about in counter-culture magazines.

Today we’re taking a look at Brazilian Cubensis, a mystical strain from the Amazon that guides many along in their journey to spiritual enlightenment and mental freedom.

We hope that you, with a little help from magic mushrooms, also find liberation. Or at the very least, relieve some stress and have fun.

Here’s what Brazillian Cubensis are all about!

What are Brazillian Cubensis?

Magic mushrooms have a rich history within indigenous communities. In Brazil and other surrounding regions, Ayahuasca’s use is still an integral part of spiritual ceremonies.

The deeply rooted use of such substances allows Brazil to keep psychedelic mushrooms legal. With the current global shift in perception of psychedelic treatment, it’s safe to assume psilocybin will eventually obtain legal status.

Now, let us delve into the effects and benefits of Brazillian cubensis and what to expect from different dosages.

As mentioned, Brazillian cubensis” is a milder psychedelic mushroom strain. This doesn’t mean interdimensional trips aren’t achievable. Rather, it instead best to use them for the mushroom’s cerebral properties and introspective benefits.

Brazilian Cubensis are a mindful strain. They encourage the exploration of the inner-workings of our mental state. Helping us to examine the way we deal with emotions, anxieties, fears and desires. Hence, they lean towards therapeutic use.

Did You Know that Magic Mushrooms Could be up to 4x as Effective as Traditional Antidepressants? Learn More Here!

Within an hour, the first signs of life creep into action. Time begins to slow as your attention becomes more and more ingrained with the present. Matters that had urgency only an hour ago fade. Leaving you to settle into whatever environment you’ve selected for the journey.

At this point, it’s a good idea to take the time to use some form of meditation, self-reflection or journaling. Brazillian Cubensis are adept at shedding the layers of controversy we’ve we’ve built up over the years.

While it takes some time to embody this realization fully, most of our lives are merely stories we’ve created and told ourselves – stories that we’ve reinforced through others’ opinions, our daily habits, activities, and ceaseless mind. Brazillian Cubensis strip away this fictitious story.

For first time users, the dosing with Brazillian Cubensis might prove a bit intense (and foul tasting). For a seamless transition into the world of psychedelics, consider trying mushroom edibles.

Magic mushroom edibles provide a great way to get your feet withotu taking the full dive.

While the strain is profound in its intellectual properties, this isn’t to dismiss its psychedelic effects. Brazillian Cubensis heighten each of our senses.

The intensity of our touch, taste and sight increases as the trip putters along. Visuals are commonplace in doses above 1 gram. These include cascading colours in all surroundings, geometrical shapes and patterns, as well as the phenomena of objects “breathing.”

An introspective journey can take place anywhere. If you happen to choose from the comfort of your house or a friend’s flat, then prepare utensils for creativity. Or perhaps in milder doses, a documentary that explores music, art or nature.

However, a mushroom trip really isn’t the same without exploring the natural world around us.

This may be nerve-wracking in high dose trips; completely understandable. But, if possible, find a secluded area where the commotion of society’s busyness is an afterthought.

Sit down and listen intently to a creek’s water running, beating against the rocks and dirt – how the sound of leaves crackle under your feet or the faint breeze brushing against your skin. The Brazillian Cubnesis are here to bring you back to objective reality.

Not the fake mental fortress of the egotistic enslavement.

Brazillian Cubensis for Treatment of PTSD, Depression and Bipolar Disorders

The current enthusiasm around psychedelic mushrooms stems from their therapeutical medicinal use. Early studies find psilocybin may provoke brain cell regrowth in the brain’s parts responsible for emotion and memory.

For those who have PTSD ( Post Traumatic Stress Disorder), depression, and bipolar disorders, rehabilitation’s potential is promising.

Although a need for formal study is there, the abundant anecdotal evidence shows that they work, at least for a majority of users. It’s only a matter of time before research backs this up.

To Learn More About How to Take Shrooms, Check Out Our Dosing 101 Guide!

Psychedelic mushrooms are a unique opportunity for self-growth. Yet, the potential for an intense, lousy trip is off-putting to some. If a nerve-wracking experience is a worry, then Brazillian Cubensis is an excellent choice to start.

The mild-mannered, introspective strain is a member of the P. Cubensis family. A close cousin of the Amazonian Cubensis. But unlike its potent relative, Brazillian Cubensis opts for a mellow journey.

Whether breaking into the realm of plant medicine or you’re a veteran that wants a change of pace, the Brazillian Cubensis offers something for everyone.

Are you struggling to find some for yourself? Then head to our shop, where our selection of magic mushrooms is the best you’ll find in Canada. From Golden Teachers, Amazonian Cubensis and Brazillian Cubensis. Get yours today.