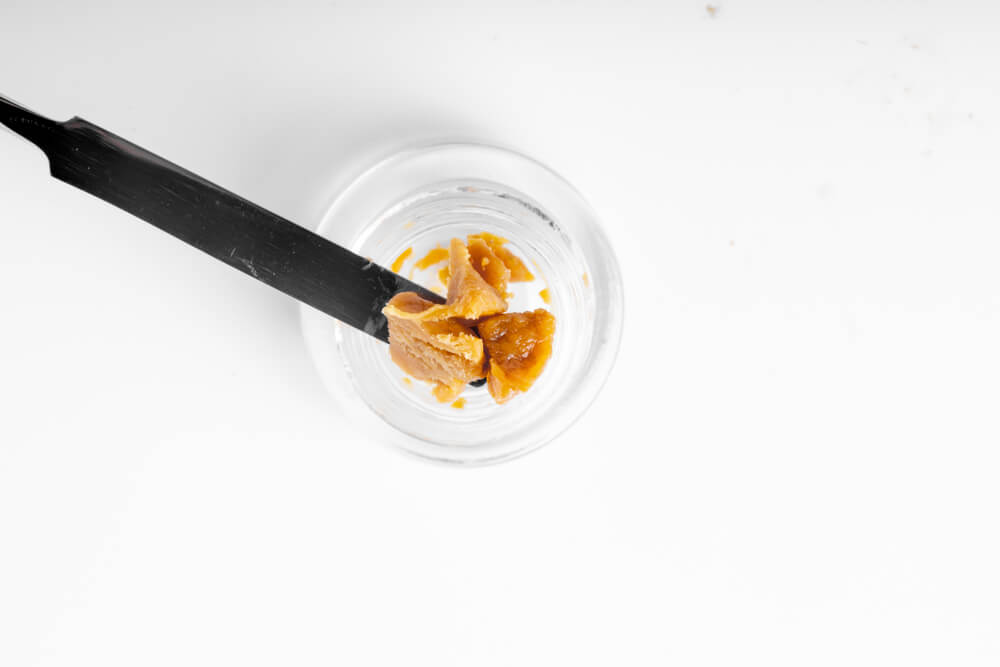 In the world of cannabis, there is no shortage of options, with budder being one of the most popular amongst blazers of all skill levels.

Even in subcategories of cannabis products like cannabis concentrates, you have different types of products ranging from liquid butane hash oils (BHOs) to solid concentrates, such as shatter and even hybrid forms, like wax.

Still, even within the classification of wax, there exist specific subcategories. Within this classification, multiple options vary from nuanced extraction approaches to unique consistencies.

With all these choices, picking the best concentrate for your specific weed needs may seem daunting, especially for novice tokers.

That said, the cream always rises to the top, and, for most people, budder is the go-to option for a balance of potency, flavour, and ease of use.

In a cascading sea of options, why is budder, in particular, so popular?

Today, we’re here to break down and answer that question!

First things first, let’s break down what budder is.

Budder is a type of cannabis concentrate that bridges the gap between liquid concentrates, like BHO, and solid ones like shatter.

So, while it isn’t quite liquid in texture, it isn’t brittle either. Instead, budder is a type of wax concentrate that is soft, malleable, and easy to handle.

Make no mistake about it. Budder isn’t the same thing as cannabutter, although we understand why someone might get them confused.

In its own right, budder is a cannabis concentrate with the same texture and consistency as regular cooking butter, hence the clever name. On the other hand, cannabutter is the name given to cannabis-infused butter that you can use to create various weed edibles.

As with most other types of cannabis concentrates, budder is packed to the brim with high levels of THC, the active cannabinoid that produces much of marijuana’s psychoactive effects.

Still, it isn’t budder’s texture alone that makes it stand out from the crowd. Instead, budder is also loaded with a strong concentration of cannabinoids and terpenes to supplement the high.

Essentially, terpenes are natural compounds found throughout nature in all sorts of plants, fruits, and even sometimes in animals. They provide plants (including cannabis) with their distinctive aromas and flavours and have very subtle effects that can range from easing nausea to aiding in relaxation.

Aside from making your cannabis smell and taste pretty, terpenes also have a role in shaping the actual psychoactive effects of your high. Certain terpenes are known to amplify and diminish specific effects, helping create a unique experience with each different strain of cannabis.

This phenomenon is formally known as the Entourage Effect.

When these cannabinoids and terpenes join forces, it makes for a powerful effect. Be warned, though, budder is extremely potent and will take you on the ride for your life if you aren’t careful.

To be more precise, budder is up to 3 times more potent than a high-quality harvest of cannabis flower, achieving THC concentrations of up 80%.

With potency and strength set aside, many tokers also swear by budder for its ease of use. Since budder is neither solid nor liquid, it falls somewhere in between and makes an incredibly soft and malleable cannabis concentrate that is not only a joy to dab but also a joy to handle.

How is Budder Made?

Budder is made through a series of complex extraction and purging procedures using specialized, sophisticated equipment and highly corrosive and flammable solvents.

For that reason alone, it is extremely dangerous to attempt to make budder at home, particularly when producers utilize crude equipment in place of the specially-designed gear necessary for the extractions.

To start, manufacturers will begin the budder-making process by gathering a large amount of crumbled cannabis buds. These buds work great as they’re placed in an airtight tube where they are then soaked in a solvent such as butane, propane, or even carbon dioxide.

Butane is often the most common choice as it tends to produce the most buttery consistencies of them all.

Then, producers utilize pressure to isolate the solvent, cannabinoids, and terpenes from the crumbled buds. They will then strain out the now drained plant matter and keep the cannabinoids and terpenes, which are then mixed with the solvent in a separate chamber.

This step is where the purging begins. Prior to purging, the cannabinoids and terpenes are still combined with butane, propane, or carbon dioxide, making it nowhere near safe to consume. So, the producers must further refine the mixture to remove the solvent completely.

The mixture will be exposed to controlled amounts of heat and air pressure, just enough to remove the solvent by evaporation and just enough to keep the terpene profile intact.

The producers must be extra diligent here as terpenes are extremely volatile compounds that can be destroyed easily with heat. By the time everything is purged, what’s leftover is a highly concentrated budder chock full of cannabinoids and terpenes.

How Does Budder Compare Against Other Concentrates?

As we outlined earlier, budder is indicative of its name.  It’s a smooth concentrate with a soft and malleable consistency akin to butter.

To understand how it is different than other concentrates, you’ll first need to get a bit more familiar with its close cousins:

Shatter is a solid and brittle type of cannabis concentrate. Most notably, it gets its name from the fact that it tends to shatter easily when handled.

Unlike budder, shatter is purely loaded with cannabinoids like THC, meaning that it lacks the terpene profile and, therefore, the aromatics native to budder.

That said, shatter is extremely potent where it counts and is also one of the most popular cannabis concentrate options available on the market.

Similar to budder, weed oils are loaded with terpenes and aromatics. However, they possess a liquid consistency, which may make it harder for inexperienced users to control.

That said, CBD and THC oils usually have a more potent aromatic and flavour profile than budder and are an excellent option for those who enjoy the flavour of their cannabis.

With budder falling under the umbrella of wax cannabis concentrates, they are readily known to be among the easiest concentrates to handle.

Waxes operate as a hybrid between the highly aromatic oils and highly potent solids of concentrates.

These products are top-rated because they are easy to manipulate and handle.

To a lot of people, crumble kind of looks kind of like cheese.

As you probably would’ve guessed, crumble gets its name because it crumbles easily. Shocking. We know.

Like budder, crumble is also easy to handle since it can be broken and shaped by hand.

Budder is one of the most popular types of wax concentrates in the world. It is commonly ranked top tier among other cannabis concentrates.

This adoration is likely because of its highly desirable characteristics, including being the perfect balance between liquid and solid cannabis concentrates.

However, that’s not where the affection stops. Budder is also widely celebrated for being packed to the brim with an ideal cannabinoid-terpene ratio, creating a high potency concentration without sacrificing flavour.

That said, if you’re considering attempting to make budder yourself at home, you may want to think twice. The creation and extraction process for creating this concentrate is heavily involved and requires specialized expertise and equipment to do it safely.

Luckily, we’ve got you covered! Herb Approach offers multiple budder products available for order and discreet and efficient delivery straight to your door.

With options like Pink Death or Death Bubba Budder, we have every confidence that you will find something to suit your fancy.