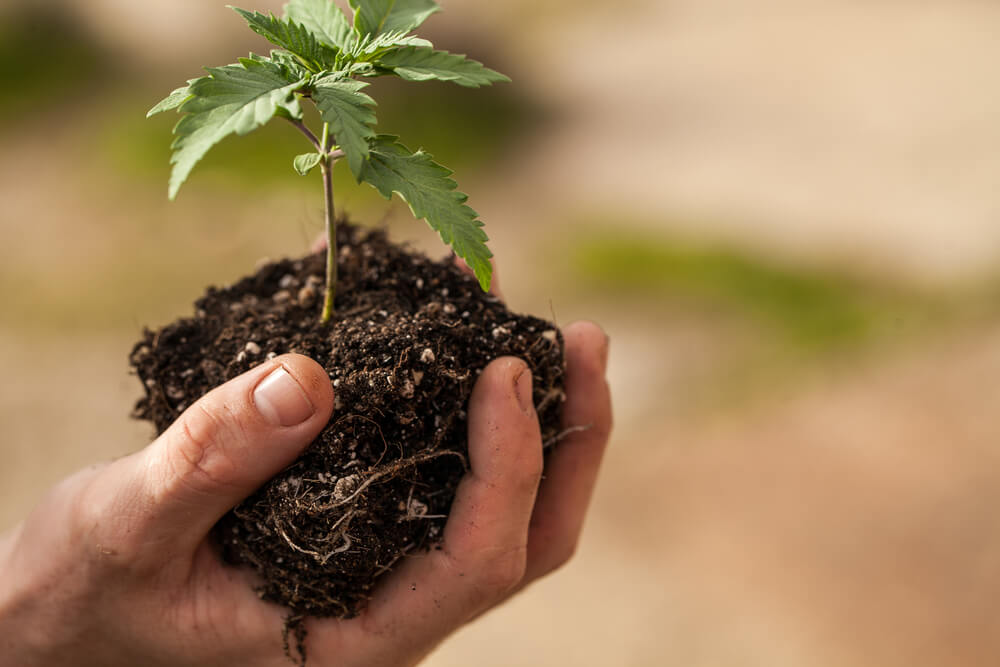 Despite being first discovered back in 1966, there remains very little known about cannabichromene (CBC), or most other cannabinoids for that matter.

This grey area is because of past federal restrictions placed on cannabis and marijuana products, making it difficult to access it, let alone study its various properties and applications.

Luckily, those limitations have since been lifted for medicinal and recreational bud because science keeps demonstrating the therapeutic potential of cannabinoids.

Now that weed is legal in Canada, the possibilities and potentials of research are unobstructed, which is incredibly exciting!

But before we get too far off subject, let’s dig in a little deeper and learn a little more about the star of today’s show, cannabichromene, aka CBC.

What is Cannabichromene (CBC)?

Believe it or not, CBC used to be an extremely abundant cannabinoid in tropical and Indian cannabis strains. However, over time, breeding practices began focusing on THC and CBD, leaving CBC in the dust.

While it was discovered decades ago and is still considered one of the most prominent cannabinoids in the cannabis plant, it still does not get all that much attention, even though cannabichromene benefits are incredibly promising.

Like CBD and THC, CBC is a cannabinoid found in the cannabis plant initially in its acidic form (CBCa) that is then transformed into CBC once it’s heated or activated through decarboxylation.

That said, most strains containing CBC are found in relatively low concentrations.

Cannabichromene is non-intoxicating, so, similar to CBD and unlike THC, it does not produce a euphoric or psychoactive effect. This fact is because CBC binds poorly to the CB1 cannabinoid receptors in the brain.

However, CBC bonds well with other receptors in the body, including the capsaicin receptor (TRPV1) and transient receptor potential ankyrin 1 (TRPA1), both of which are associated with pain perception.

When these receptors are triggered and activated, the body will release natural endocannabinoids like anandamide, which is also associated with pain.

However, pain relief is far from the only benefit that cannabichromene has to offer. Scientists have also discovered that CBC works with other cannabinoids synergistically to produce a phenomenon known as the entourage effect.

As we said before, according to research, CBC doesn’t interact well with the CB1 receptors in our endocannabinoid system.

CB1 receptors influence nerve cells in the spinal cord and brain. This inactivity means you will not get high from using CBC.

However, since it does have some sway over CB2 receptors – primarily found in white blood cells – it does impact the immune system.

Cannabichromene also profoundly influences the transient receptor potential ankyrin 1 receptor (TRPA1) and vanilloid receptor 1 (TRPV1) — both of which are associated with pain and inflammation.

This effect means that it has the potential to be a potent analgesic (pain reliever)  if we were to concentrate it the way we do with CBD and THC.

Taking this into consideration, some additional potential benefits and properties of CBC include:

Research has shown its potential to be an effective pain-relieving agent.

In a study of cannabidiol (CBD) and cannabichromene (CBC) using rats, CBD and CBC were found to stimulate descending pathways of antinociception, the action or process of detecting pain or injury by sensory neurons.

They both produced pain-relieving effects by targeting several proteins involved in sensory sensation or perception of pain. The study concluded that both CBD and CBC compounds represent promising therapeutic applications.

When used in conjunction with other cannabinoids, CBC can offer some mood-elevating benefits.

More specifically, cannabichromene works in conjunction with both THC and CBD to deliver a holy trinity of antidepressant properties.

However, that said, further research is necessary to determine how powerful CBC is by itself or if these effects are contingent on the Entourage Effect.

While further research is required, this application could help alleviate migraines and complications from Alzheimer’s.

In a 2013 study conducted using mice, CBC was found to positively affect the activity of neural stem progenitor cells (NSPCs). NSPCs are self-renewing, multipotent cells that generate the neurons of the nervous system.

In a 2016 study, CBC was found to reduce sebum production, which reduces acne outbreaks.

On top of all its other abilities, cannabichromene may also be a powerful potential cancer fighter.

This application is due to how closely it interacts with the body’s natural endocannabinoid, anandamide, which we briefly touched on earlier.

According to a recent study surrounding tumor growth initiated in mice, cannabinoids were labelled as potentially effective in inhibiting inflammation and tumor growth.

A 2006 study investigating cannabinoids other than THC and their possible effects on cancer highlighted CBC as one of the most prominent cannabinoids for inhibiting the growth of new cancer cells.

Anandamide has been shown previously to fight breast cancer, showing promise that CBC and other cannabinoids may also one day combine to become a potential chemopreventive agent.

Is CBC an Endocannabinoid?

No. Endocannabinoids are what humans and animals naturally produce in the body. Cannabinoids are the compounds plants like cannabis and hemp produce.

The endocannabinoid system (ECS) is a complicated cellular signalling system naturally-occurring within our bodies that was discovered back in the early ’90s when scientists were studying THC.

Even so, experts are still racking their brains trying to fully understand what the ECS is and exactly how it functions. What we do know is that it plays a significant role in regulating memory, reproductive health, sleep, appetite, and mood.

Keep in mind that everyone has an ECS and that it is active, even if you’re not a cannabis user. All of the functions the ECS serves does appear to support or encourage homeostasis.

For instance, if an external force like a fever or injury hurls your body out of whack, the Endocannabinoid System launches into high gear to get your body back where it needs to be.

What do Cannabinoids Do?

Cannabinoids are the active compounds found in cannabis. They are structurally similar to the endocannabinoids found in the human body responsible for pain, movement, appetite, and memory.

There is supporting evidence that cannabinoids can reduce inflammation, reduce anxiety, and relieve pain by influencing our endocannabinoid system.

The endocannabinoid system communicates with the nervous and immune systems to keep everything in balance.

Factoring this in, it starts to paint a clear picture about how cannabinoids can supply relief for so many medical ailments.

Which is Better, Cannabichromene or CBD?

Each person’s experience with CBC and CBD will differ from one another, especially when you take genetics, lifestyle, body type, age, gender, height, and weight into consideration.

However, since they’re both cannabinoids, they’ll work better together than apart because of the entourage effect phenomenon.

If you had to choose between the two, you would need to consider which one would address your individual needs the best.

When all is said and done, the primary difference between cannabichromene and cannabidiol is CBC’s affinity to alleviate inflammatory pain, whereas CBD is more useful for neuropathic pain.

Unfortunately, there aren’t currently any cannabis strains bred to be CBC dominant, which makes it difficult to reap the therapeutic rewards of this promising cannabinoid.

Alternatively, you could always let your cannabis plants THC degrade into cannabinol (CBN), which is very similar to CBD in terms of healing properties and symptom relief.

As weed becomes less stigmatized, the good news is that we’ll eventually know more about CBC’s potential to be used as a medicine, which will pave the way for more cannabis breeders and growers to focus on creating cannabichromene dominant strains.