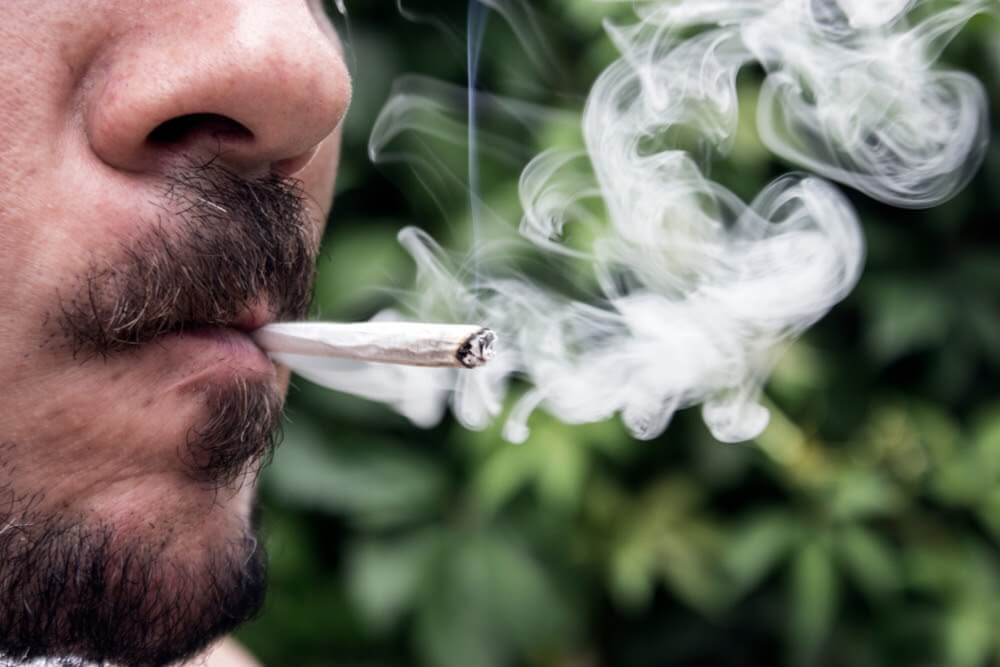 Smoking marijuana is a huge part of cannabis culture and is a great way to form new friendships and strengthen old bonds. But, like anything done in a social setting — there are ways you should conduct yourself — and smoking weed is no different. Over time, those who would frequently consume cannabis came up with a code of etiquette that includes an unspoken set of rules to follow in order to keep peace within a smoking circle.

For our novice cannabis users, these unspoken rules can be hard to remember, so to help you conquer your sessions like a champ, we outlined the most important rules to abide by for proper weed-smoking etiquette.

Beyond the 4:20 smoke session and the stoner jokes, a lot of cannabis culture is found in the act of consuming cannabis itself.

A big part of cannabis culture is cemented in the etiquette that surrounds the smoking ritual. Sharing a joint and/or a bowl with fellow stoners is a mainstay of cannabis culture and being prepared with the proper dos-and-don’ts of this time-honoured tradition is important.

Here are 10 weed etiquette tips to get you started on the basics of cannabis culture:

Sharing is caring.
Marijuana can get expensive, especially considering everything you buy literally goes up in smoke. This is why bringing your own bud to share is the most important etiquette tip to remember.

Don’t peer pressure.
Sure, cannabis is great for some people, but that doesn’t mean it’s great for all people. If anyone is reluctant or disinterested in getting high, don’t hassle them and respect their decision.

Allow your guests to take the first hit.
This is just basic common courtesy for anything you do, and the same applies to a good smoking session. If you’re the host or the person packing the bowl, it’s important to offer it to your guests first to make them feel welcomed.

Don’t slobber.
Nobody wants a mouthful of someone else’s spit, so be polite and please keep your drool to yourself. If you accidentally get saliva on it, wipe the mouthpiece before passing it around.

Don’t smoke with others if you’re sick.
This reason is a no-brainer and needs no explanation.

Puff, puff, pass.
This basic instruction means everyone is expected to light their hit and take two drags, then pass it to the next person.
Don’t camp the joint
We understand some strains make people chattier than others, but it’s important to remember everyone is waiting for you to take your hit — so keep the bowl moving!

Don’t blow smoke in their faces.
There is never a good (or respectful) reason to blow smoke in anyone else’s face, whether they’re smoking or not. It’s incredibly rude and should always be avoided.

Don’t pass cashed bowls.
If you smoked the last hit, don’t pass it to the next person. Make sure to clear it and reload it before handing it off. No one wants to smoke a mouthful of ash.

Be welcoming.
This goes without saying if you have even a basic understanding of social decency, but it’s even more imperative when smoking weed in a large group.

While it’s a fun pastime, marijuana is also notorious for making people feel uncomfortable and anxious. Don’t pass judgment on anyone and remember that everyone is affected differently, and your manners will speak volumes about you.

What is Cannabis Culture?

Now that we got the basic rules of weed-smoking down, we thought this would be a good time to address what cannabis culture is, and why it’s important.

Because cannabis culture is forever expanding and evolving — it has become a huge industry that currently spans the globe. The tools and accessories used to consume weed (pipes, papers, bongs) are the same and can be immediately identified by cannabis enthusiasts, no matter what country they’re from, but it doesn’t end there.

Cannabis culture runs more deeply than that. It’s about educating and cultivating each other’s ideas and experiences with marijuana, and transmitting those ideas online, through the media, or in-person at local events. It’s about conducting research and applying science to further our understanding of it, not only as a recreational drug but as a medicine. It’s about creating jobs and fueling local economies with the tax revenue earned from the legalization of marijuana and improving lives.

Today, with cannabis legalization becoming more and more widespread, Cannabis Culture and the people, communities and events surrounding it have never been bigger.

As we mentioned above, the concept of cannabis culture runs the gambit and includes fun, local events you and other cannabis enthusiasts can meet, exchange ideas, and blow off a bit of steam.

Events like Denver’s 420 Rally, the Boston Freedom Rally, the Emerald Cup, or Seattle’s HEMPFEST brings like-minded people from all over the world together to network, share ideas, commiserate, and immerse themselves in the history and lifestyle that surrounds cannabis.

Cannabis events are great resources for new marijuana users, workers, entrepreneurs, students, and connoisseurs. In legal states, there are many Meetup groups focused around making professional connections with others working in the cannabis industry.

In Vancouver BC, Canada, one cannabis event has been running since 1995 and has been attracting thousands of weed enthusiasts from around the world.

First hosted on April 20th (4/20) and originally beginning as a protest for the legalization of cannabis, the event has since devolved into a commercial event hosting many cannabis vendors and stores. Although this event is popular among the cannabis community, many have criticized the event for its commercialization and shift away from peaceful protest into a for-profit event benefiting the event runners.

Whether it’s weed-smoking etiquette, commonly held beliefs, or the fun events that bring the cannabis community together; the cannabis culture is inarguably one of the fastest-growing movements in the country.

With that, countless lives have been impacted for the better, and economies have been strengthened because of it — so let’s make sure to do our part and represent it well, and treat this privilege and those that serve this industry with love and respect.