The marijuana plant is very versatile, but did you know that Hemp and Marijuana plants are different. Although seemingly similar, they have different functions and uses. For instance, Marijuana is primarily grown for it’s psychoactive properties, like THC, while Hemp is grown for industrial use. Hemp also contains strong fibers that are great for making rope, paper, and textiles, becoming highly utilized in oil production without being psychoactive. But, this warrants the question, where then does CBD oil come from? 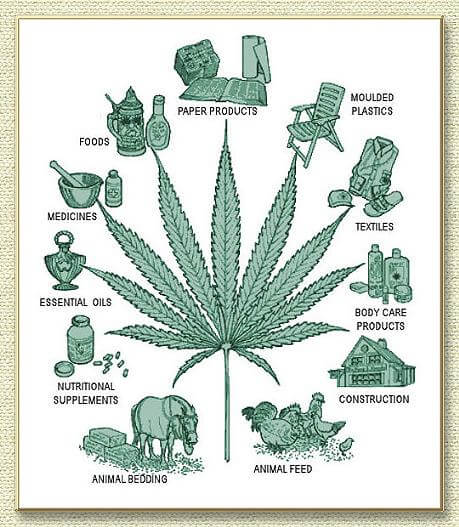 In the days of old, hemp was one of the most utilized industrial plants, until marijuana prohibition curbed all that. The advent of new synthetic fibers that produced equally strong fabrics and fibers. Natural fibers will eventually decay and erode is industrial properties.  Additionally, synthetic fibers could be the same as corresponding fibers, but natural fibers vary, so hemp fiber materials like rope and other items had a definite shelf life or period of effectiveness beyond which they were not trustworthy or had no structural integrity.

Components of Hemp and Marijuana

Hemp is packed with the cannabinoid CBD, one of the non psychoactive properties in cannabis that produces immense health benefits. CBD oil is different from regular THC/Cannabis oil as it doesn’t produce a “high”. THC will produce a very euphoric effect, that may or may not be beneficial to your medical regimen. Those who are nervous about using cannabis, but are well aware of the health benefits that follow may use a CBD product and achieve every result desired. A big proponent of CBD is it’s ability to reduce and oft

en completely rid epilepsy sufferers of their seizures. This is more than anecdotal evidence of this oil’s effectiveness at alleviating their seizures, and many people relocate from areas across the country to areas in which they can legally procure this very effective product for the epilepsy that their children endure daily and these seizures risk their lives with every episode that they have to go through.

Some people report that their children would have hundreds of seizures in a day, and each of these seizures at least has the potential to be life threatening. When they introduced their children to the CBD product, these events would subside to a few in a day in some cases and in some cases none. When this evidence is represented to doctors and even state governments, sometimes they are met with scorn and the threat of being jailed for attempting to relieve their kids of these debilitating life threatening illness.

Hemp in the Future

The states that have medical marijuana laws have made this medical effect of CBD known, and that the plant oil does not make people high. This fact does not however matter to those states that are stuck in the pas and cannot see a future in any advancements. Additionally, these are the same groups that call themselves the defenders of freedom. This conservative tangent is in power presently, and it remains to be seen if they have a devastating effect on the promotion of this healing oil. It is said that there is nothing is more powerful than an idea whose time has come, and this product’s time has come.

To purchase CBD Oil and other CBD products enter here.