CBD Helps Save a Baby Girl With Rare Medical Condition

CBD has made another headline for all the right reasons again. Although it is not yet completely recognized as medicine yet, CBD has helped so many people from all corners of the world deal and conquer their ailments. In the case of little Baby Emma, her life has been made possible with help of this remarkable endocannabinoid. Suffering from the rare condition septo-optic dysplasia, Emma was being drowned by seizures.

Back Against the Wall 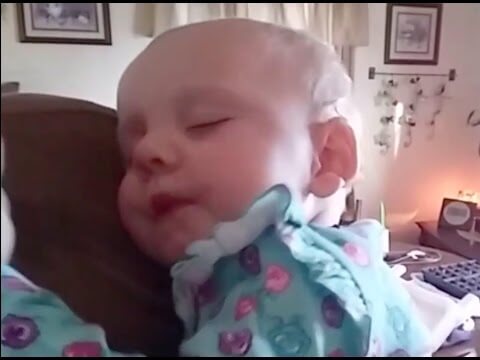 Since Day 1 Emma has had her back against the wall. Born with septo-optic dysplasia, Emma’s optic nerves never fully developed, causing her to be blind from birth. Things took a turn for the worse when in September of 2016, she began having multiple seizures throughout the day.

Emma began the old roller coaster ride of finding an epileptic medication that works. Although modern medicine has come a long way, typical pharmaceuticals are not very effective in combating seizures. Not to mention that they are extremely rough on the liver and come with a plethora of risks and side effects.

After months of medical treatment, Tracey, Emma’s grandmother was starting to realize that the medications were having an adverse on her granddaughter. It was no doubt that Emma was in pain throughout the day.

Like anybody who has a loved one with a serious medical condition that’s not responding to medication, Tracey set out to find another route for her granddaughter.

Having heard cannabis has medicinal value, she dug a little deeper. She eventually stumbled upon the wonders of CBD, and began using it on herself to make sure there would be no side effects.

CBD is a cannabis compound that does not cause a “high”. Tracey was hopeful yet tentative about trying the new option. She explains,

I’ve known for a long time that cannabis is benefical , but I didn’t really delve very deep into it until we found out that Emma has septo-optic dysplasia and she’s blind.

After Emma began to receive her treatment, they family was in awe. She quickly responded to the treatment, and after 2 weeks had already seen a giant improvement in her overall condition. Tracey went on to say:

She hasn’t had any seizures since, I think it was about two weeks after we started the CBD oil and she has 350 milligrams. Had the seizures continued, Emma would certainly have developed worsening brain damage and cognitive functioning as a result.

Cannabidiol, also known as CBD is a non psychoactive compound found in the cannabis plant. It’s shown to be one of the most underrated and underutilized medicines of our generation. It not only eases symptoms and side effects or conditions like fibromyalgia and multiple sclerosis, it can completely rid patients of epileptic seizures and depression. For more information on CBD and where to purchase enter here.