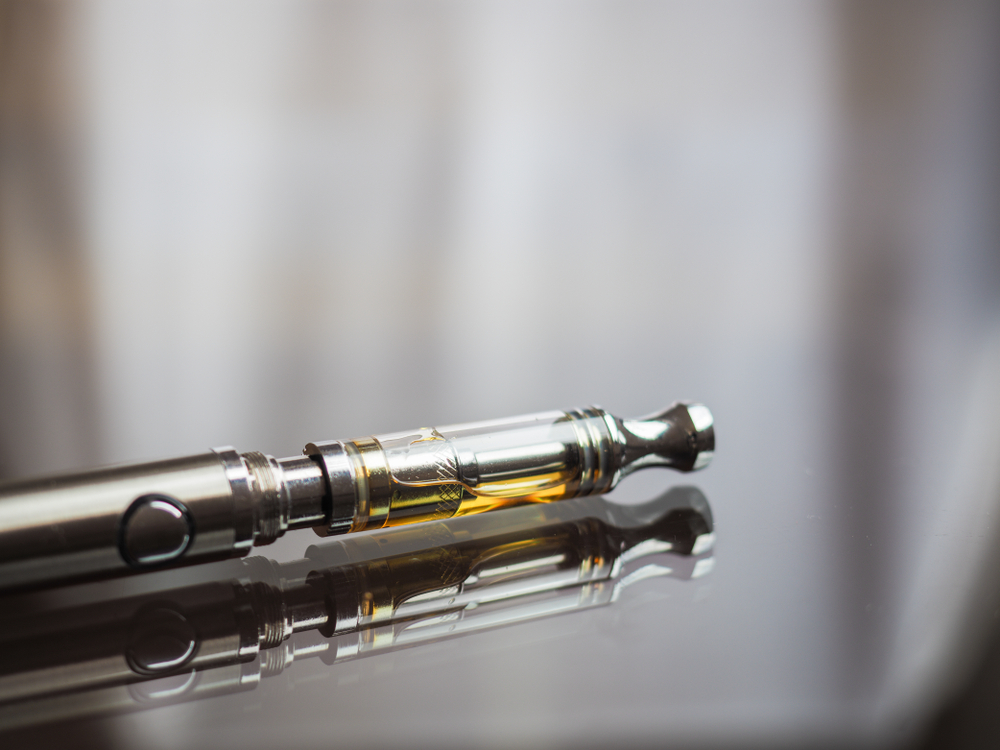 If you’re new to the world of cannabis, you may have heard your fellow toker talking about a vape or a dab pen — and wondered if there was a difference between the two. Both methods offer users a healthier, easier, and more potent and discreet way to get high, and both can be used on a variety of devices.

With that in mind, let’s first go over each individual concentrate pen and learn about what they are and what they offer before we compare the two; so let’s begin!

What Are Dab Pens?

Dab pens, also known as wax pens, are made to consume dabs, which are marijuana concentrates that don’t come with a specified dosage. They consist of a heating element and battery; just like vape pens, but these devices require users to place the concentrate directly on the heating element instead of being turned into liquid form and loaded into a vape cartridge.

These devices are also more versatile than vape pens in terms of what types of concentrate can be smoked. With such a pen, you can use shatter, budder, live resin, rosin, wax, and batter. But unlike a vape pen, a dab or wax pen needs to be constantly re-loaded with concentrate after a few hits, whereas a vape can go days before needing to be refilled.

They’re commonly used by those who prefer the ease of use, portability, and accessibility that these devices offer.

However, the term itself is actually an umbrella term for 2 different types of micro USB, battery-operated devices that have a heating chamber.

It gets even more confusing when terminology such as shatter pen, wax pen, and dab tool get thrown into the mix since can all be considered to fall under the same umbrella.

Here’s how they differ, and how you can make sure to pick out the best dab pens for your lifestyle and use.

What gets confusing here is the terminology. Concentrate dab pens are also vaporizers because that’s what they do: vaporize concentrates. This is why they’re also called portable vaporizers, which people sometimes confuse with vape pens — but they’re an entirely different device.

They also go by wax vape, wax pens, shatter pens, and a dabs pen, so you can clearly see where the confusion comes from.

Concentrate pens are heated via an atomizer that heats a metal coil. This is where you drop your wax or other concentrates to be vaporized and inhaled in a relatively smoke and odor-free way.

Aside from being incredibly easy to conceal and nearly odorless, they’re rechargeable, easy to fix, customizable, temperature-controlled, are extremely potent, and affordable.

Again, the different terminologies given to these different devices can cause some confusion. Vape pens are also referred to as distillate dab pens, which differ from concentrate pens, which are also known as portable vaporizers or portable dab rigs.

Vape pens or distillate dab pens are exclusively designed to take distillate and oil using a refillable chamber or a disposable pre-filled cartridge that is heated by an internal coil.

Aside from design and what concentrates can be loaded into a dab pen vs a vape pen — there aren’t many obvious differences between the two.

They both offer the same benefit of being a portable, affordable, and efficient way to get really high, really fast.

Some cannabis enthusiasts have strong opinions about dab pens being the superior of the two because dab pens allow smokers to choose from a larger selection of concentrates instead of being limited to just vape oils and pre-filled cartridges.

Now that we’ve got the basics between the vape and dab pen down, let’s take a closer look at the detailed differences between them, and what it means for you.

Overall, dab pens offer a smoother smoking experience because they have more temperature control — which makes each hit cooler and less harsh than most vape pens. When taking into account what can be loaded or used with a dab and vape pen, the clear winner goes to the dab pen again.

Basically, you can smoke just about any cannabis concentrate with most pens, but you can only use a pre-filled cartridge or oil with a vape pen.

Keep in mind that dry herb can’t be used in either a vape or wax pen, you’ll need to buy a special vaporizer exclusively for dry herb.

Both the best dab and vape pens can set you back about the same amount of money; for the most part, you can find a pretty decent vape and dab pen set up for around $50-$100.

They’re both about the same size and use the same mah battery with the same battery life, and both are charged using a micro USB, but the vape pens with reloadable cartridges have the advantage when it comes to routine cleaning.

Want More Information on Vape Pen Anatomy, What Concentrates You Can Use And The Benefits of Making The Switch? Check Out Our Cannabis 101 Guide on How to Use a Vape Pen!

All that’s required is simply reloading a new one. With dab pens, you have to constantly clean the buildup that accumulates on the heating element, but aside from this — they’re pretty easy to keep clean and functioning.

With regards to safety and durability, they both can last a long time if they’re properly taken care of and maintained, but dab pens have the edge when it comes to safety.

To be clear, any form of smoking poses a health risk. Vaping, on the other hand, has been proven to be safer and easier on the body and your lungs than traditional joints and bongs.

With these devices you’re only inhaling concentrate vapors, instead of concentrate vapor and liquid additives like you do with vape pens. They also typically run at cooler temperatures than joints, bongs, pipes because they can be temperature controlled.

If you decide to use either type of pen, just be aware of the potential health risks, and be sure to purchase and smoke quality concentrates that are quality controlled and sold in a safe environment.

Taking everything into consideration, both the vape pen and dab pen come with its advantages and disadvantages.

Dab pens are more flexible in regards to what kinds of concentrates you can use; vape pens are much easier to clean and refill.

Overall, they share many similarities, but the clear and obvious winner between the two — at least for us — is the vape pen.

In any event, just be sure to do your own research about what method is right for you, and to purchase both your pen and concentrates from a trusted dispensary.