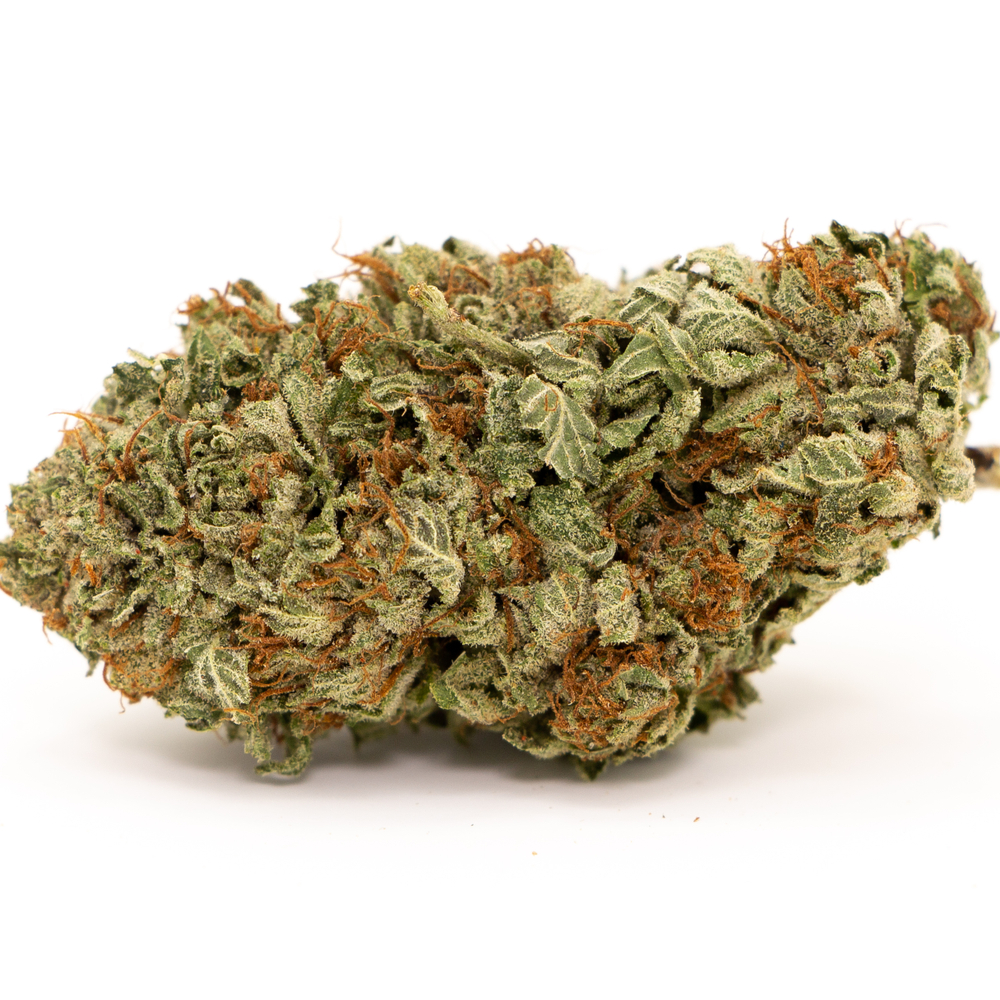 This Death Bubba strain review needs no introduction. From the myriad of strains that are available on the market today, Death Bubba is up there right with the likes of Pineapple Express and Sour Diesel.

Originally developed in beautiful, British Colombia by Vancouver resident and cultivator Matteo Suleyman, this world-renown indica dominant strain is a silent and potent sleeper. Bred by crossing the indica dominant strains of Death Star and Bubba Kush, Death Bubba is extremely effective at instilling a deep sense of sleep and couch lock.

Death Bubba has an aroma of musky earthy pine and a taste of spicy lemon pine with a hint of pungent earth upon exhale. Sticky nugs and a strong gassy aroma are what sucks you in, while the high is what makes you a loyal fan.

The buds of this strain are coloured in beautifully rich shades of green and purple and finished with a light dusting of white trichomes and short, brown hairs. Signature British Colombian temperate rainforest aromas of pine and musk permeate throughout this strain rounded off by light notes of citrus and spice.

With a THC content ranging anywhere from 25-27%, Death Bubba is not for the faint of heart. With a musky, slightly spicy flavour that grows on you over time, Death Bubba offers a variety of beneficial medicinal effects, making it a popular choice among both medicinal and recreational users.

The Death Bubba strain is an instant classic, and we’ll get into the nitty-gritty behind this sticky-icky strain in this guide!

Is Death Bubba Indica or Sativa?

The death bubba strain is an indica-dominant strain. Death Bubba’s parents are both heavy-hitter indicas that have passed on their potent effects onto their love child.

Indica and indica-dominant strain are notorious for their physically and mentally relaxing effects as well as for the pain relief that they can offer. They’re perfect for a night spent vibing out on the couch or as a nightcap after a long day.

The difference between indica vs sativa strains rests primarily in their physical appearance, but strains that are recognized to be sativa commonly have energy and mood-elevating effects, making them the opposite of indica-dominant strains. Sativa strains have their place, but you definitely wouldn’t be reaching for one if you’re looking to wind down and relax for the night.

How Strong is Death Bubba? What Does it Do?

With an indica/sativa ratio of 70:30, Death Bubba is incredibly dank. A THC content of 25-27% further cements its potency. A little bit of Death Bubba goes an incredibly long way. One bowl of Death Bubba’s spicy nugs is all it takes to make you want to do nothing more than stay locked to your couch, pop some headphones on and chill out.

Among medicinal users, Death Bubba can be used to combat symptoms of stress, pain and insomnia. Able to sedate its user’s body while elevating their headspace, this strain is ideal for alleviating stress, pain, and providing relief from inflammation.

Death Bubba is great for depression and stress, due to its powerful sedative effects. You can be sure to combat symptoms of stress, pain and insomnia. Death Bubba is famous for being able to help treat chronic pain by numbing the body.  Users also report it helps with inflammation and muscle spasms.

When the high settles, users report feeling completely loose from head to toe, with no distractions from pain. Many use this strain to help treat insomnia and aid them in getting a good night’s rest. In fact, a study conducted in 2018 found that out of 60% of participating adults suffering from insomnia chose to use indica-dominant strains such as Death Bubba to help them get a good night’s rest.

Death Bubba Strain Review – Is it Worth Trying?

Let us be frank – we know that many tokers have difficulty with strong, potent indica strains due to the introspection and anxious feelings that they can sometimes cause. It’s an unpleasant experience, to say the least, but for tokers who’re more accustomed to potent indica effects or are more experienced with cannabis, Death Bubba is definitely worth a shot. A typical Death Bubba strain review will exclaim that this strain is one of the strongest they’ve taken and perfect for heavy users.

If you’re a hit-it-and-quit-it kind of smoker, Death Bubba will be budget bud strain like no other. Just one hit and you’ll be seeing stars.

Like we’ve mentioned above, the smell and taste of this pungent strain can be offputting at first, but we guarantee that this high THC strain’s flavour will slowly grow on you over time.

So what’re you waiting for? Stop by Herb Approach today and pick up a gram of some dank Death Bubba!