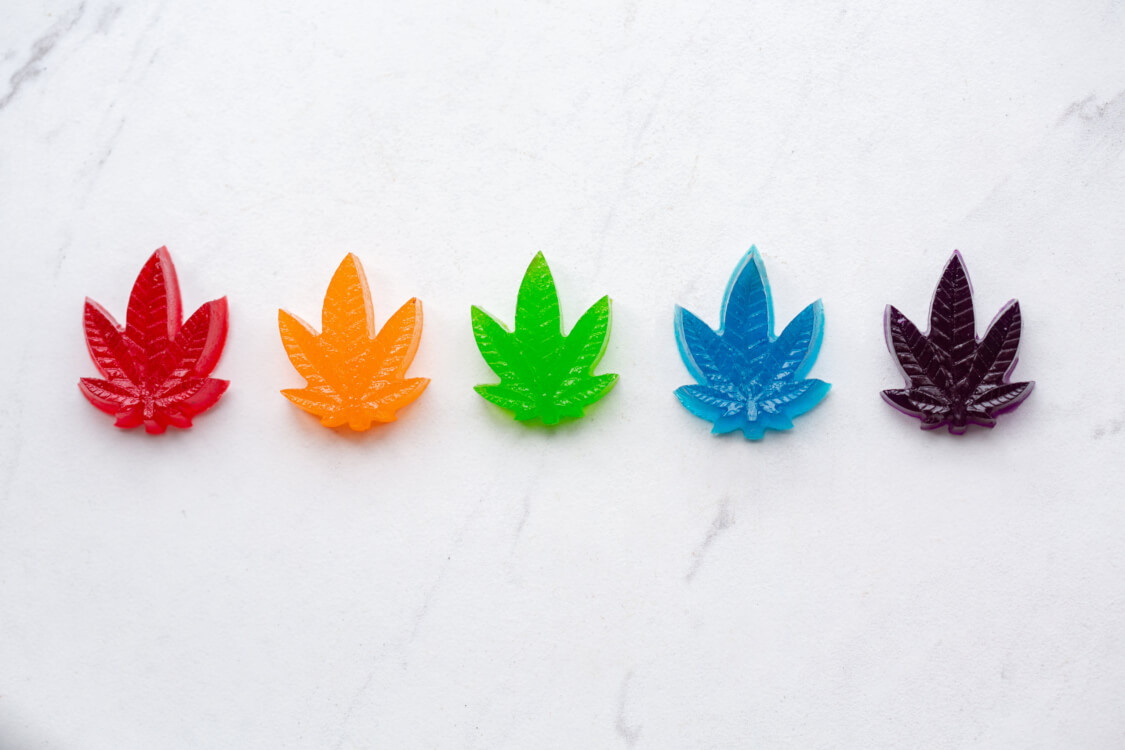 When you hear entourage effect, it might make you think of Vince, Eric, Turtle and Johnny living their lives of adventure-filled grandeur in LA. While weed did make a few appearances throughout the crew’s various escapades, that is not the entourage effect that we’ll be discussing today.

Before we get into the nitty-gritty details, let’s take a step back.

First and foremost, within your favourite buds in the cannabis plant, hundreds of different chemicals exist and do their thing. These various components, including cannabinoids and terpenes and more, are what you have to thank for producing the myriad of different effects you’ve come to love and enjoy.

What happens when these elements, including THC and CBD and dozens of other cannabinoids and terpenes interact, is known as the entourage effect.

Today, we’re breaking down precisely what this phenomenon is, the science behind it and how the products you buy influence its prominence.

With all this to cover, we better get started!

What is the Entourage Effect?

Just like how an entourage is typically understood as a group of people who hang out with or work for an important or famous person, the entourage effect involves the cannabinoids, including THC and CBD, and terpenes existing within your weed.

However, instead of gaining clout or notoriety, these compounds collectively work together to benefit one common denominator – YOU!

In other words, the entourage effect is a process in which the collection of cannabinoids and terpenes present in cannabis work together to produce their synergistic effects.

Depending on the specific strain you’re using, these effects may vary. That said, experimenting with various cannabis qualities is all part of the fun!

For example, the smoking experience that comes from puffing on some mellow, sedating Girl Scout Cookies will be far different than toking on some energizing, euphoric Green Crack. This discrepancy is due to the distinct ratios of the different cannabinoids, terpenes and other flavonoids unique to the particular cannabis strain.

These specific characteristics and components will also impact your body’s endocannabinoid system differently.

The Science of the Entourage Effect

Now that we’ve supplied a brief overview, let’s get into the fundamentals of how the entourage effect truly works to supply the effects of various weed strains.

As we’ve said before, the entourage effect is widely believed to result from interactions between cannabinoids, terpenes and flavonoids present in cannabis. If you aren’t familiar with the chemical components of cannabis, don’t worry about it! We’ve got you.

Basically, terpenes are the essential compounds and oils that provide weed strains with their aromas and flavours. The unique qualities of specific cannabis products are often based on their concentration of particular terpenes.

In turn, cannabinoids are the agonists that bind with our endocannabinoid system to deliver physical and mental effects. The most prominent example of cerebral effects comes from tetrahydrocannabinol, otherwise known as THC, the prime psychoactive component of weed.

Research also indicates that ingesting cannabinoids and terpenes together can provide a host of therapeutic benefits.

For instance, a 2011 review of studies in the British Journal of Pharmacology determined that consuming terpenes and cannabinoids together may benefit a wide range of conditions, including pain, anxiety, inflammation, and even epilepsy and cancer.

Most analysis surrounding the different aspects of the entourage effect focuses on the interaction between THC and CBD. Even more specifically, it hones in on how CBD may affect THC. According to Ethan Russo, a neurologist serving as Director of Research and Development at the International Cannabis and Cannabinoids Institute in Prague, “the biggest influence [on THC] is CBD.”

Researchers believe that CBD seemingly counters the adverse side effects of THC by blocking off the areas of the brain that THC vies to bind to. In fact, CBD may be able to enhance the beneficial properties of its co-cannabinoid while minimizing the side effects.

This interaction is what we mean when we say the entourage effect produces synergistic relationships. That said, where do terpenes come in, you might ask? We’ll tell you!

The Role of Terpenes

As we said, terpenes comprise the pungent aroma and flavours of cannabis. However, there is more to these tiny treasures than smell and taste! Terpenes also serve an evolutionary purpose to protect the cannabis plant from impending dangers such as animals or insects. They can also prevent fungus growth.

That said, they’re beneficial for humans, too, who knew! On top of producing delicious smells and flavours and serving a protective role, terpenes also provide various therapeutic features.

According to the 2011 report in the British Journal of Pharmacology, you can find terpenes in a wide range of plants, including but not limited to cannabis.

Myrcene, which is just one of over 150 different terpenes found in weed, is just one example.

Myrcene is present in numerous plants, including mangos, hops and, of course, cannabis. In fact, myrcene is one of the most abundant terpene varieties in cannabis. It is widely known for its fresh, citrusy notes coupled with hints of spice.

On top of its unique flavour and scent, myrcene also supplies numerous health effects and medicinal benefits, including pain-relieving and sedative effects. Due to its relaxing properties, myrcene is also helpful as a natural sleep-aid and anti-anxiety option for those needing to catch up on some much-needed rest.

When combined with THC and CBD, myrcene also helps contribute to the entourage effect to enhance similar benefits found in these cannabinoids.

Read our guide on myrcene for more in-depth information surrounding the various benefits of this terpene and check out our terpenes chart for a guide on what some of the most common terpenes in cannabis are and what they do!

What Should You Buy?

While various cannabinoids and terpenes join together to produce the entourage effect and supply distinct benefits depending on the cannabis strain, weed will still affect each user differently.

Ultimately, it comes down to what you’re looking to gain from the experience and the intended use of cannabis.

Medical patients looking to benefit from the therapeutic and healing properties of marijuana may not necessarily want to get high. At the same time, recreational users might not want to indulge in something that will blast them off to space.

However, the products used to achieve these goals will differ. Today, a lot of THC and CBD products are advertised as either full-spectrum or broad-spectrum, but what does this really mean? Here’s what you need to know about the entourage effect when purchasing cannabis products!

First up, there are broad-spectrum products. These present a sort of hybrid balance between the opposing forces of CBD and THC.

While not strictly an isolate, most broad-spectrum CBD products contain less than 0.3% THC, allowing medical patients to reap the benefits of both CBD and THC without producing any strong psychoactive effects.

Additionally, outside of THC and CBD, broad-spectrum items will also likely contain at least a couple of other cannabinoids and cannabinoids, but not the “full-spectrum” of cannabis compounds like you would find in full-spectrum products.

Full-spectrum products are precisely what they sound like. They contain all the cannabinoids present in the starting cannabis plant material.

If you’re looking to enjoy all that the entourage effect has to offer, these are the products for you. The ultimate goal of full-spectrum products is to recreate the various compounds within the weed plant itself as accurately and genuinely as possible as they would naturally occur in nature.

This sentiment is reflected in the extraction process, which aims to pull out as many different compounds as possible. Simply put, full-spectrum products will have the full range of plant cannabinoids available in a single product.

As we said, at the end of the day, it comes down to individual user preference and the desired ratio of CBD to THC. Read our full spectrum guide for more information about the benefits of including both CBD and THC in your medication regime!

The entourage effect is just one of many wonders of the weed world that we still don’t completely understand.

However, the results of dedicated research thus far are incredibly promising for how this synergistic relationship between cannabinoids and terpenes can provide a myriad of beneficial and therapeutic effects for humans.

Ultimately, these unique interactions are distinct to different cannabis strains. In other words, not all entourage effects will produce the same properties or smoking experience. It’s the specific combinations of these various elements that supply the particular properties of each individual strain.

Still, the various experiences and intricacies of cannabis are all part of the fun!