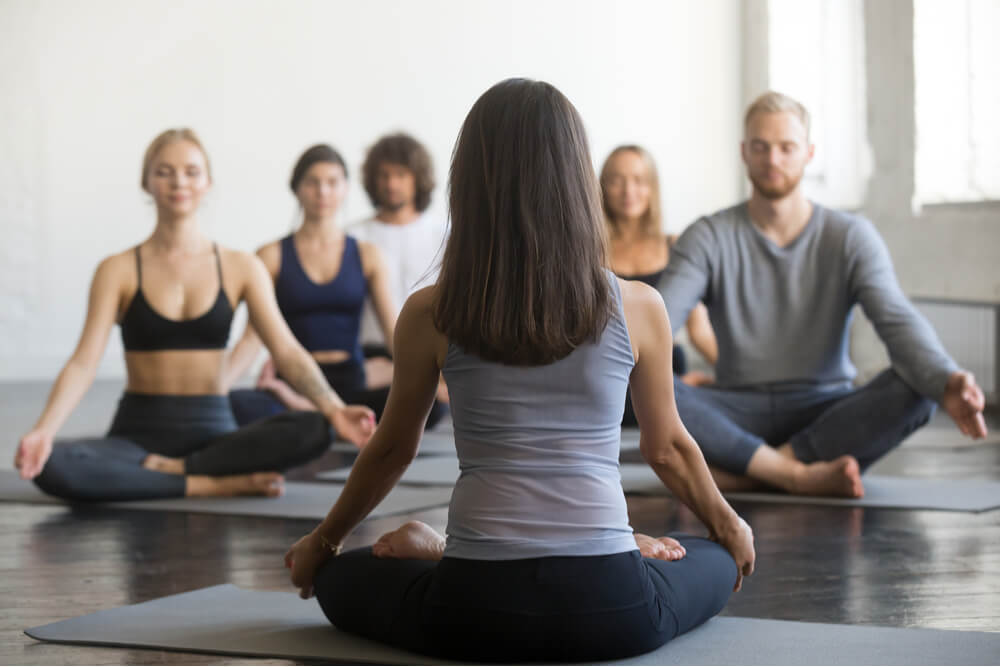 Yoga and cannabis may sound like an unlikely combination, but you’ll be hard-pressed to find a duo as long-lasting and as rooted in history as weed yoga.

Long before the advent of hot-yoga and yoga studios on every other block, there existed ganja yoga – a discipline that people have been practicing since 2000 BC.  Cannabis has even appeared in a number of ancient Hindu texts as one of the ancient religion’s 5 sacred plants. Lord Shiva, one of the principal deities of Hinduism, can be seen throughout ancient and contemporary Indian mosaics and murals smoking from a cannabis pipe.

Marijuana and spirituality are no strangers to each other. The Hinduism religion’s ancient, sacred texts – the Vedas – also makes numerous mentions of the medicated practice.

The benefits of this medicated combination are multifold, but before we get into the why, let’s explore the health benefits of yoga in more detail.

Top Strains To Help You Relax, Available In Our Shop 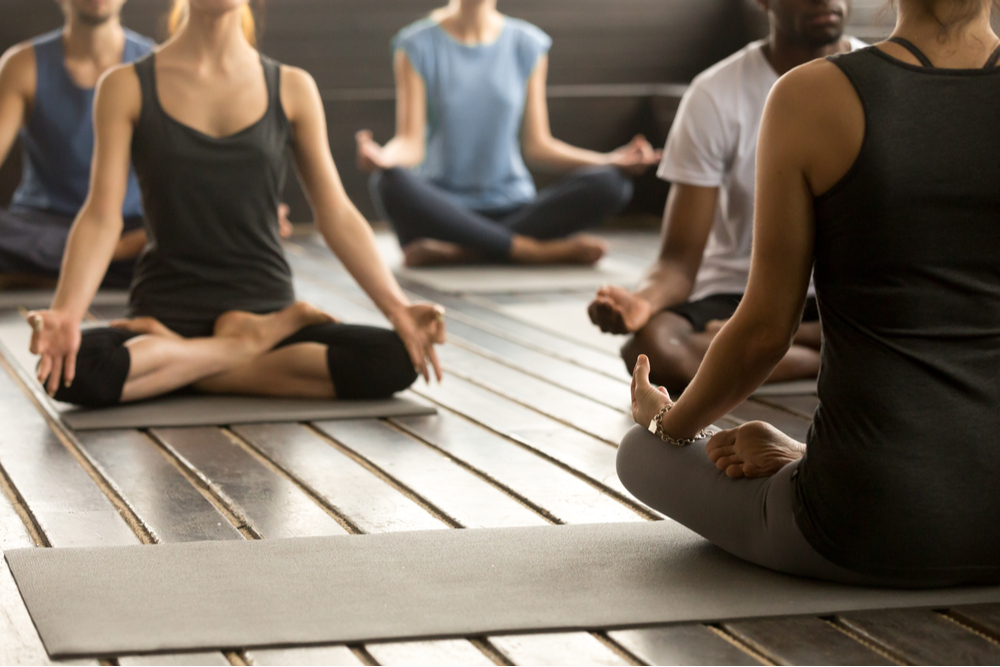 As an exercise, yoga is able to improve one’s physical strength and flexibility, as well as providing mental clarity, meditative stability as well as self-awareness. Yoga practitioners are able to achieve these benefits by enacting yoga’s strict discipline of poses for long periods of time.

It has been scientifically proven that regular yoga practitioners have benefitted from lowered heart rate, blood pressure and stress. Yoga’s strict poses also push their practitioner’s body to their physical limits, requiring them to be mindful of their mind, body and breathing, but the benefits of yoga extend far beyond improving the body.

With all the benefits that regular yoga is already able to provide, including cannabis into the mix and performing some weed yoga can only improve upon the exercise further. With an understanding of the benefits of regular yoga, let’s dive into what cannabis yoga can do for you!

Although the original motivations of yoga remain largely unclear, as many as 36.7 million yoga practitioners in the United States alone practise this ancient discipline. The figures for weed yoga are less clear, but what is known is that many modern devotees of this practice engage in it for its ability to improve cardiovascular health as well as alleviating their joint pain.

Increasing your mindfulness as well as your physical strength, yoga can also serve to lower your heart rate through controlling your breathing.

Knowing these effects, it’s clear to see the advantages of including weed. Cannabis, with its ability to alleviate joint pain as well as provide general pain relief, makes it a perfect candidate for performing alongside yoga. The pain and joint relief that yoga and marijuana provides will make your body capable of performing a wider range of poses – all without breaking your back. 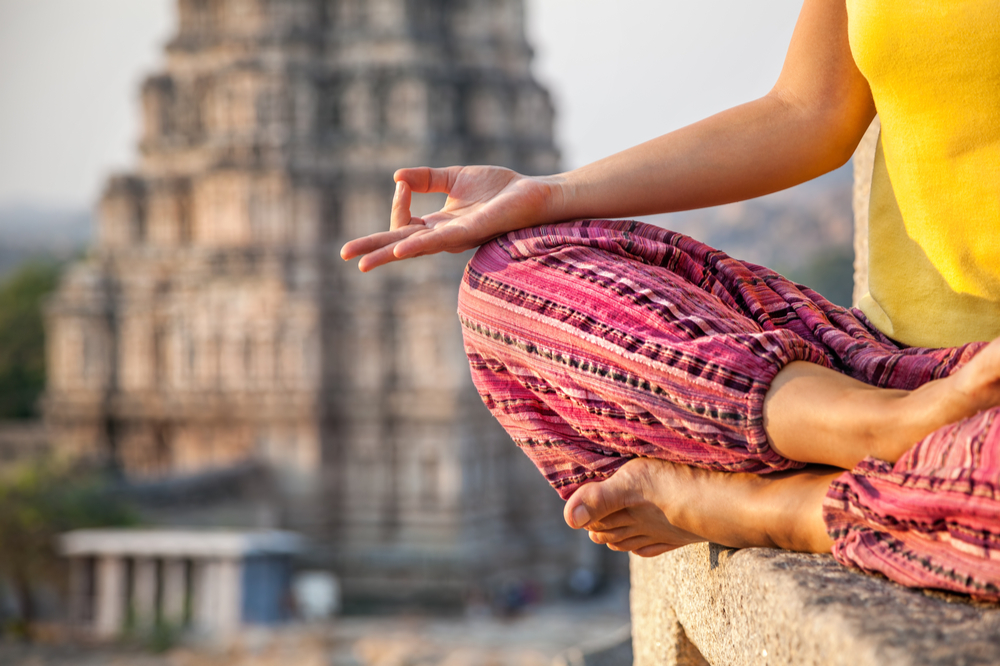 While ingesting too much cannabis can be detrimental, many users the world over use weed to lower their stress as well as help them relax. In developed countries, suicide and mental illness are increasing while mental health facilities and access to support centers are declining. 8.3 million adults in the United States alone are said to be suffering from psychological distress.

Yoga is able to provide mindfulness, but only if you’re able to fully immerse yourself into the exercise. The spiritual effects of smoking are not to be understated – using cannabis meditatively can invite us into a deeper, more relaxed and more introspective state that’s more conducive to yoga. It can be hard to truly relax and really “get into” yoga when you’re feeling stressed out, and that’s when incorporating weed into your routine can be a good idea.

The most widely cited reason for cannabis consumption is perhaps stress relief. Researchers at Washington State University have found that smoking weed can significantly reduce self-reported levels of depression, anxiety and stress in the short term. Used in conjunction with the already demanding meditative and self-reflective exercises that yoga demands, ganja yoga a stress-busting dynamic duo that’s not to be trifled with.

How to Use Weed for Yoga

You may have heard of some cannabis enthusiasts having a smoke before they start their daily exercise regimen or before a morning run, but caution should definitely be heeded if you’ve never exercised while high before. For many users, the sense of anxiety and elevated heart rate that some strains induce make it difficult and at times, dangerous to exercise while under the influence.

Whether you’re a cannabis connoisseur or new to the weed scene, be sure to consult a medical professional before practicing ganja yoga. It’s always a good idea to clear any pre-existing heart and medical conditions that you may not know before trying a new activity or substance.

When initially starting with ganja yoga, consider starting off with a lower dose than you’re used to and slowly increasing your intake until you’re at a comfortable level. Endeavour to consume cannabis well before your yoga session to ensure that the effects properly activate in time for you to enjoy them in conjunction with your yoga session. Most importantly of all, remember to stay hydrated and enjoy yourself!