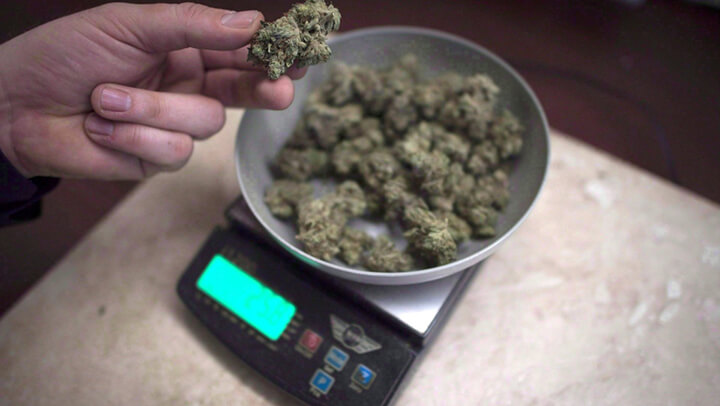 City staff are recommending that cannabis retail stores be allowed in Guelph — but Wellington-Dufferin-Guelph Public Health and at least one school board says the city should wait.

In a report to be presented at Dec. 17’s meeting of council, staff are recommending that the city permit private cannabis stores to operate in the Royal City once they are allowed in April.

Mayor Cam Guthrie says the report’s recommendations are what he was expecting to see.

“The recommendation, it doesn’t surprise me based on the community feedback that I’ve been receiving over the past several months,” he tells the Mercury Tribune,

“It does reflect the public pulse check that’s been done over the last little while.”

Last month, the city conducted two different surveys — one online and the other over the phone — to gauge how residents felt about cannabis retail stores in Guelph.

According to the staff report, the phone survey found 65 per cent of the 600 respondents were in favour of cannabis retail stores, with 35 per cent against.

As for where respondents believed cannabis should be purchased, 45 per cent said storefronts, 22 per cent online, 26 per cent had no interest and seven per cent said they did not know.

The phone survey has a margin of error of plus or minus four per cent.

While recreational cannabis has been legal since October, physical storefronts are not permitted in Ontario until April 1, with any purchases currently having to be done through the province’s Ontario Cannabis Store website.

Should council vote in favour of staff’s recommendation, the city would receive more than $140,000 from the province to assist with the transition.

The city could also stand to make more money from cannabis sales in the future.

While the costs of responding to issues around cannabis are unknown at this point, the report also recommends that $40,000 of that funding be used to upgrade two positions in the city’s bylaw department to enforce the rules around marijuana.

According to the report, it is anticipated that the city’s bylaw officers will be busier with house calls related to cannabis.

“With residents being legally permitted to grow four plants per residence, it is anticipated that the city’s bylaw division will see an increase in the number of property standards calls related to home operations,” the report reads.

“City staff anticipate calls to increase on issues such as mould.”

According to the staff report, should provincial excise duty revenues on cannabis exceed $100 million, municipalities that allow retail stores will receive a share of 50 per cent of the surplus.

Along with recommending retail stores be permitted, city staff are also recommending that councillors pass a bylaw that will mirror the Smoke Free Ontario Act, which would allow the city’s police and bylaw officers to enforce the rules when it comes to where cannabis can and cannot be consumed.

A set of bylaws the city will not have to worry about is licensing, as that will be handled through the Alcohol and Gaming Commission of Ontario (AGCO). As for zoning, cannabis retail stores would fall under the same zoning as any other retail outlet.

As for where stores can be located, AGCO regulations say there must be a buffer of 150 metres between retail stores and schools.

City staff have also recommended a list of other facilities that would fall within that 150-metre buffer, including addiction centres, recreation centres, playgrounds and registered daycares.

For a map of where stores would and would not be permitted, click here.

In a separate report attached to the city staff report, Wellington-Dufferin-Guelph Public Health is recommending that the city opt out of allowing such stores until there is more information available on how municipalities will be affected by such retail outlets.

“Since the decision to opt-in is final, and the impact of Ontario’s private retail model on communities is not yet known, WDGPH recommends monitoring the impacts in other communities before choosing to opt in.”

Dr. Nicola Mercer, the medical officer of health and CEO of WDG Public Health, is also scheduled to give a delegation at the Dec. 17 meeting.

In a copy of her presentation attached to the agenda for the meeting, Mercer says that the increased access to cannabis would mean consumption would go up, and with that the associated harms.

Due to scheduling issues, Mercer was unable to speak with the Mercury Tribune for this story.

The Upper Grand District School Board also recommended that Guelph opt out of permitting cannabis stores. In an Oct. 31 letter to city officials from Jennifer Passey, the board’s planning manager, writes that the city should opt out “until there is a clearer understanding of the social and financial impacts of legalization and retail distribution.”

While the Wellington Catholic District School Board does not explicitly say whether the city should opt out, the board’s education director Tamara Nugent states in an attached email that “there may be an advantage of letting other communities ‘go first’ and learning from their implementation process.”

However, Nugent also writes that “if the City of Guelph does opt out, its residents will still find ways to legally purchase and consume.”

Guthrie says that while he understands where those agencies are coming from, he believes allowing recreational cannabis stores will not be a major problem for the city.

“I think their concerns are very valid, but I believe as a community and from the inspection and licensing that comes from the province side, I think we’re going to be OK,” he says.

“There’s a lot of mixed data and mixed opinion on this, and I think the unknown is what is triggering a lot of people being cautious, which I can understand.”

Guthrie adds that if Guelph were to opt out, that would give the illegal sellers a chance to thrive.

“The alternative could be that the underground market in Guelph still has a foothold on this substance if the stores aren’t here. So there’s the flip side to some of those concerns,” he says.

The province has given municipalities until Jan. 22, 2019 to opt out of permitting cannabis retail stores within their borders — something already done in Markham, Richmond Hill and King Township. Earlier this week, Erin’s council unanimously voted to opt out.