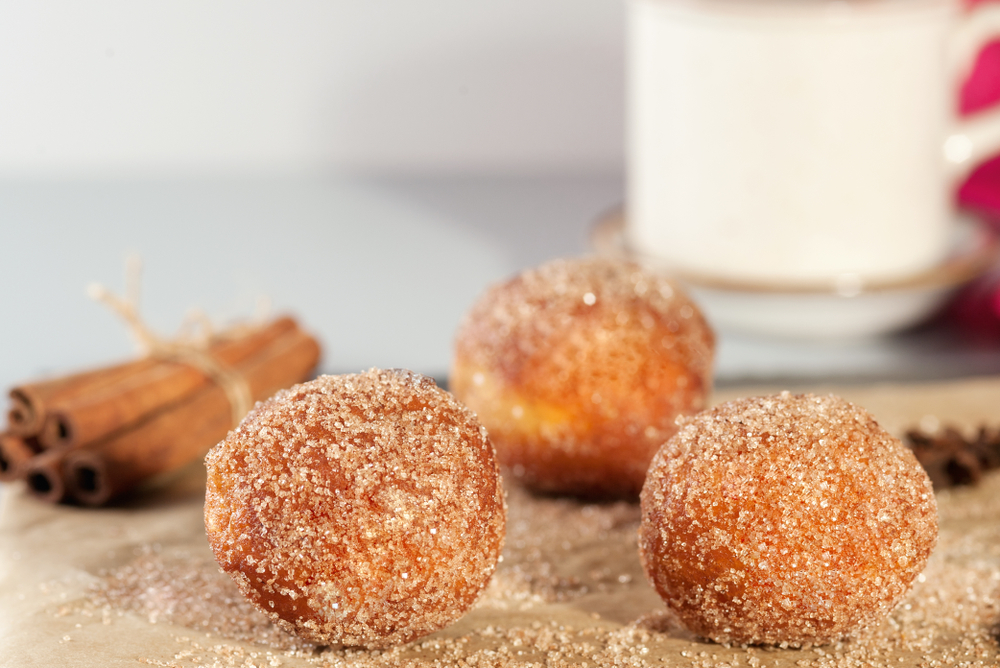 Donut bites – a warm, soft and fluffy pastry popular year-round during festivals, carnivals and other celebratory events – need no introduction. Light and chewy yet soft and crispy, even the mere mention of their name causes people to salivate!

But what if we could make them better?

While these bite-sized balls of deliciousness are already a fan-favourite, you can up the ante by infusing a bit of everybody’s favourite plant in them!

We are, of course, talking about weed-infused donut bites!

Incredibly easy to make and fried in cannabis-infused coconut oil, this is one dessert you won’t find at your local city fair or carnival!

If you want to get blitzed off of some tasty cinnamon-sugar-dusted donut holes, you’ll come to the right place. But before we get into the how of the recipe, let’s explore why you should make infused donut holes and what they actually are!

What Are Weed-Infused Donut Bites?

Believe it or not, donut bites were traditional! made from the left-over cut-outs of actual donuts! When donuts are made, the dough has to be rolled out and cut into the classic donut shape that we all know and love.

With one donut being equivalent to around four donut holes, it was in the chef’s best interests to re-incorporate these lil’ bits of dough back into the central preparation to save on food costs and wastes.

Eventually, one crafty (or lazy!) baker had the idea to fry up the balls of dough themselves instead of incorporating them back into the dough, and the rest is history!

But enough with the history, let’s get into how to make weed-infused donut bites!

How to Make Weed-Infused Donut Bites

To make your cinnamon sugar coating, simply mix ½ cup of sugar and 2 teaspoons of ground cinnamon until well combined. Once mixed, set the mixture aside until you’re ready to coat your weed-infused donut holes.

In just 10 easy steps, you can make weed-infused donut bites at home that’ll rival those available at a festival or carnival! The best part of all? They’re infused with weed!

While we don’t recommend popping more than five of these sugar-dusted delights into your mouth at once due to their potency, you can reduce the amount of cannabutter and infused coconut oil in the recipe for a lighter buzz!

You can also make regular donut bites by adding regular butter instead of cannabutter into your batter, or by just frying the donuts in regular oil instead of weed-infused coconut oil. Whatever option you go with, the choice is up to you!

These donut bites are best enjoyed hot and trust us – they go fast! If you’re having some 420-friendly company over, a plate of these is all it takes for everyone to get high and happy! We do hope you try this recipe out for yourself because it’s just so incredibly irresistible!

Until next time, happy trails!