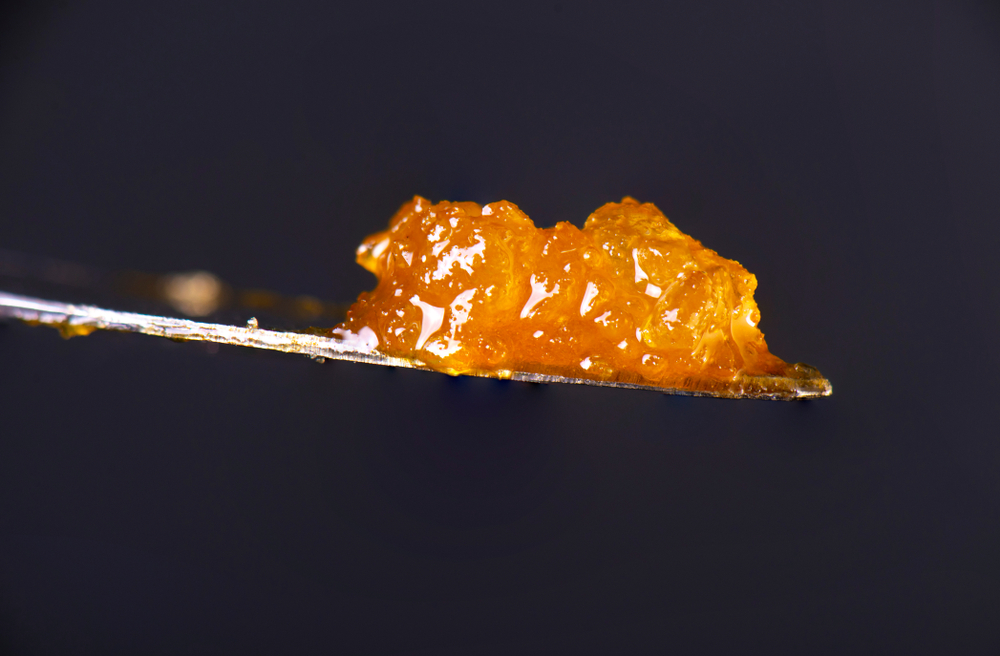 HTFSE – no longer are we stuck living with the same butane hash oil of yesteryear. Extraction techniques have come a long way thanks to the recent legalization of recreational marijuana — mostly leaning towards the low-temperature, full-spectrum extractions that are rich in terpenes or cannabinoids.

Termed by the inventor Dr. Hayden, the concept behind “extractioneering” has a few scientific requirements that need to be met in order for a concentrate to legitimately use the HTFSE moniker.

So what are these so-called high terpene full-spectrum extracts and why are they currently so sought after? The secret to their newfound popularity lies in their name, the HTFSE Canada game is just getting started.

Here’s why we think you’re going to end smoking one of these terpenes packed extracts sooner rather than later!

What Does HTFSE Mean?

Its name means High Terpene Full Spectrum Extract or High Cannabinoid Full-Spectrum Extracts. HTFSE are full-spectrum concentrated extracts that remove all the therapeutic compounds from the plant; leaving behind the more useless components of the plant that include waxes, fats, and lipids.

In the past, most concentrated extracts employed methods that removed select cannabinoids like CBD and THC from the trichome. Since both CBD and THC are some pretty robust cannabinoids, they’re able to withstand high-heat extractions, unlike most other cannabinoids.

Also, if you run across a product that claims to be “strain-specific” you can rest assured that it’s not a legitimate full-spectrum product; it’s more like a Frankenstein concentrate since it had to be distilled first, then put back together. If a product says it’s “strain-specific” it’s a dead giveaway that it’s a distillate and not full-spectrum.

While there are uses for strain-specific concentrates, it doesn’t contain all the beneficial and synergistic components of the cannabis plant, there is a place for them in the market. Today, the actual term “strain-specific” isn’t commonly used, but instead, they are usually referred to as live resin or rosin. As we have learned, the difference between live resin vs. shatter and other concentrates lies in the preservation of terpenes.

If you want to try HTFSE for yourself, the safest (and tastiest) option would be to go for some flavor-packed terp sauce from High Voltage Extracts.

What Makes HTFSE so Special?

Since these products have such a high terpene and cannabinoid profile, they offer an exponentially better flavor and more medicinal benefits than their isolated counterparts.

It is made using sub-zero temperatures, pressure, and a hydrocarbon solvent. Unlike conventional concentrates, these extracts require some specialized extraction equipment — so if you’re thinking you can whip up a batch yourself — think again.

This makes HTFSE special in that they must use high-quality plant materials, compared to other extractions that can use low-quality plant material in their machines, and since these extracts place emphasis on preserving the natural plant profile; they will have some of the aromatic and flavorful cannabinoid profile you’ve ever smelt or tasted.

You could say that the cannabinoid and terpene profile is dependent on the plant material used to make it.

Most cannabis producers use frozen cannabis flowers as its foundation, however, that is not necessarily a bad thing. Live resin enthusiasts and creators argue that using fresh flower that has been frozen renders a better terpene profile compared to dried and cured flower, and it also uses a low-temperature extractor to preserve the volatile compounds of the frozen plant material.

It’s during this process that the extraction also de-waxes the product to remove any unwanted material like lipids and fats since the cold temperatures allow it to be easily separated. Another step is utilized that requires the gradual introduction to low heat in order to separate the concentrate from the solvent — which is a critical decision.

The solvent used will determine what boiling point or temperature the extraction process needs to be set at, as it needs to be kept low enough to protect the precious cannabinoids and terpenes housed in the extracted sauce.

Are Terpenes Better Than Cannabinoids?

Why would anyone choose a higher terpene product with fewer cannabinoids? Considering one has a 50% THCA profile and the other has 90% — something is up.

This is because THCA on its own isn’t necessarily more effective in terms of intoxication and therapeutic effects than lower testing extracts with high levels of terpenes. This is all thanks to a little theory you may have heard of called the entourage effect, which was coined by Raphael Mechoulam.

The entourage effect describes the collective effect of all cannabis compounds that work together to create a synergistic effect that produces greater results. Since these concentrates contain all the good bits of the cannabis plant in higher concentrations, they will be more effective at providing the full, holistic benefits of the plant as opposed to isolating only a few select compounds (such as THC & CBD).

As the burgeoning marijuana industry grows and evolves, it slowly becomes increasingly more efficient and expansive thanks to new and improved extraction techniques and technologies becoming more intelligent.

It allows a precious spectrum of cannabinoids to be consumed and enjoyed by millions worldwide, and both HTFSE and HCFSE contain a full-spectrum of cannabinoids without needing to be reintroduced after being extracted. They also have a much more savory flavor and aroma profile, and they could possibly contain some extra beneficial therapeutic value.

Ultimately, the choice is yours when it comes to choosing between an HCFSE and HTFSE concentrate depending on your personal preferences and how cannabis personally affects you — and what you’re looking to get out of your extracts. That said, we strongly discourage new or low-tolerance marijuana users from going all out and going full-blown HCFSE or HTFSE on us as it will likely be too much for you to handle!