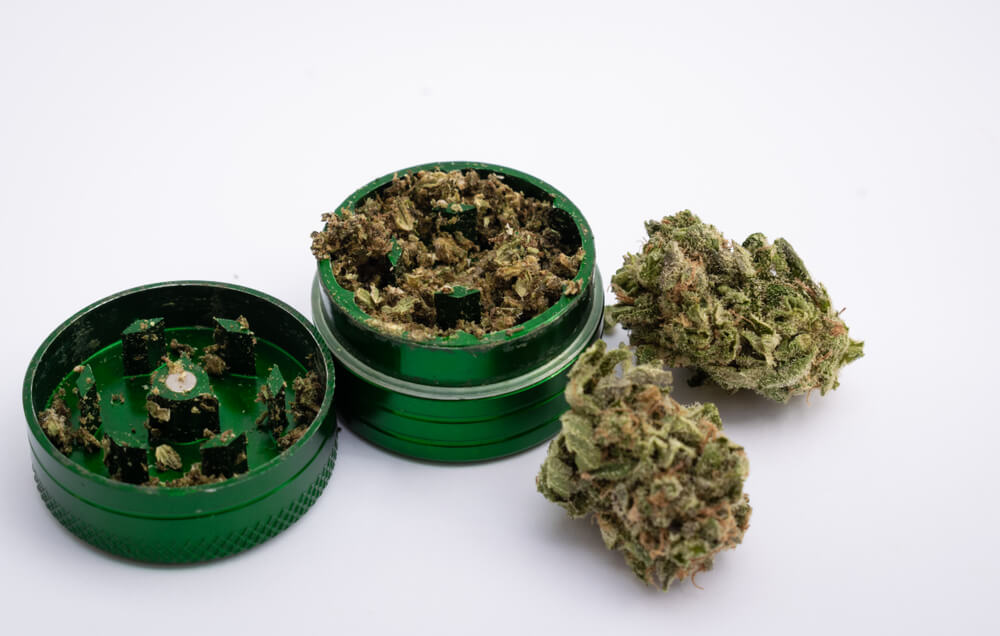 The Jack Herer strain has an important place in the history of cannabis legalization primarily due to its namesake, Jack Herer, and his dedication to the cause.

It’s incredibly fitting that it is a Sativa dominant strain because Jack Herer used his energy and devoted a majority of his attention to carrying on the incredibly necessary conversation of decriminalizing and legalizing marijuana.

In fewer words, the man was a hero. It’s no surprise that there is an entire cannabis strain named after him.

Since it is Sativa dominant, the Jack Herer strain is perfect for users looking to feel relaxed but attentive. Basically, with this high, you’ll feel relaxed and chill while still being able to carry on a meaningful conversation.

It’s really the best of both worlds.

This article is all about the Jack Herer strain and filling you in on the name’s history as well as the composition and effects of the strain itself.

Without further adieu, let’s get into it!

The Story Behind its Namesake

Jack Herer, sometimes called the “Emperor of Hemp,”  was one of the most passionate and dedicated activists in the cannabis legalization movement. In 1985, he authored “The Emperor Wears No Clothes,” a book that provides in-depth information surrounding the cannabis plant’s history and its numerous uses.

It has sold over half a million copies to date.

Herer was very vocal about his beliefs that marijuana should be legalized. He argued that cannabis should be decriminalized and used for its many benefits, including a renewable fuel source and its medicinal benefits, such as pain relief.

He also advocated for the economic benefits of marijuana because it can be grown all over the world. He even went so far as to say that the government of the United States was aware of all the benefits of cannabis and hid these facts from its own citizens.

Herer also founded and served as the director of the HEMP organization, which stands for Help End Marijuana Prohibition.

He suffered a minor heart attack and major stroke in 2000, resulting in him having difficulty speaking and moving the right side of his body. However, he mostly recovered by 2004.

Unfortunately, he suffered another heart attack in 2009 while attending the Hempstalk Festival in Portland, Oregon. He later died in April 2010 due to complications related to this heart attack at the age of 70.

Herer will forever be remembered for his contributions to the cannabis legalization movement and his passion and dedication to the cause.

Now that we’ve delved a bit more into the history, let’s talk about the Jack Herer strain!

As we already stated, the Jack Herer strain is sativa dominant. It is well-known for both its recreational and medical uses and has a spicy, piney scent with a hint of citrus.

The exact composition and genetics of Jack Herer remain a well-kept secret, but it is said to derive from Northern Lights with a combination of Shiva Skunk and Haze mixed in as well. It was initially created in the Netherlands in the mid-1990s.

Yet another reason to be nostalgic for the 90s as if we needed another one.

An award-winning strain, Jack Herer plants produce dark, dense and dank buds that are very sticky to handle. It’s smooth and easy to smoke and, when burnt,  releases a citrusy, spicy scent. The taste itself is herbal without being too overwhelming in flavour.

Patients frequently note the frosty cooling sensation that comes with smoking Jack Herer, making it a common choice for those who have asthma or other lung-related conditions.

Will It Get You High?

The Jack Herer strain has a THC composition between 15-24%. So, yes. It will get you high.

The strain acts quickly in terms of how soon users will feel the effects.

When using the Jack Herer strain, you will likely experience a strong headrush that is more energizing in nature rather than making you feel tired and sleepy or overall just out of it.

As the high starts to sink in, you may experience a tingling sensation throughout your body as it starts to relax. Don’t worry. That’s the strain working its magic.

Many users appreciate the Jack Herer Strain because the high is the perfect blend of feeling happy while still having a clear head, making it an ideal strain to use during the day. Multiple patients also note it as being a perfect strain to get those creative juices flowing.

The fact that it promotes creativity and gives a nice energy boost also makes it an ideal strain for couples looking to spice it up in the bedroom. If you catch our drift (wink wink).

Jack Herer is a great strain to use with friends as it provides a boost of energy while also bringing on a sense of ease and creativity, making it the perfect choice for those deep, in-depth high conversations.

Jack Herer Strain – One For the History Books

The Jack Herer strain is true to its namesake: creative, bold, and energizing.

It has the ideal qualities of a good Sativa in that it provides a fun headrush while still allowing users to remain functional and productive. It also promotes creativity and provides a relaxing, happy-go-lucky buzz that new and experienced tokers will love.

What better way to celebrate legalization and everything there is to love about cannabis and all the benefits it possesses than celebrating with a strain dedicated to a pioneer of the movement?

Spark one up in honour of Jack Herer!