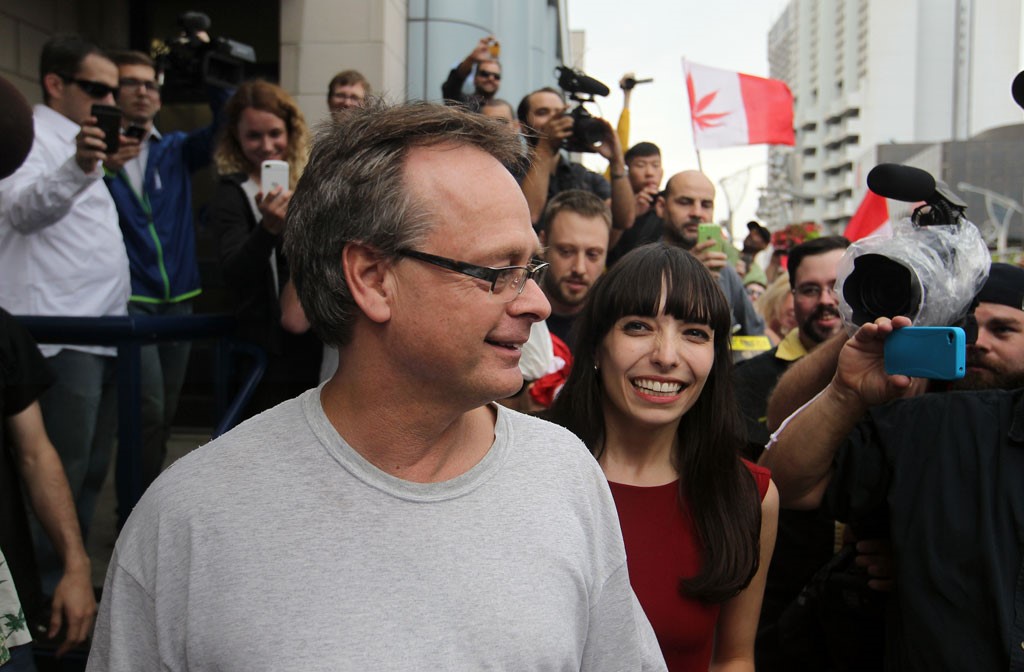 Should we be satisfied with legalization? According to cannabis policy reform pioneers, Marc Emery and Jodie Emery – we shouldn’t.

For those unfamiliar, married couple Marc and Jodie Emery are entrepreneurs, politicians and long-time cannabis rights activists, who are commonly regarded as Canada’s ‘Prince and Princess of Pot’.

Together, they were pivotal in running ‘Cannabis Culture Magazine’ – a reliable source for cannabis use, cultivation and advocacy – which peaked in 2012 with over 3 million active readers. Although, the founder Marc Emery is no longer involved, Jodie Emery still is, serving as the magazine’s lead editor.

In other words, these 2 and only a small handful of others, are cultural icons within Canada’s cannabis policy reform movement – a movement that has endured for decades.

So, with the historic event of legalization unfolding right it front of our eyes, you’d think the politically savvy couple would be celebrating along with most of Canada. But think again.

Because to them and we’re sure many others, legalization is hardly legalization at all. Instead, it’s a glamorous headline, with rough, real world implications that need to be smoothed out.

So, what are these rough implications that need smoothing? Let’s dig deeper into what Marc and Jodie Emery have to say about the historic event. 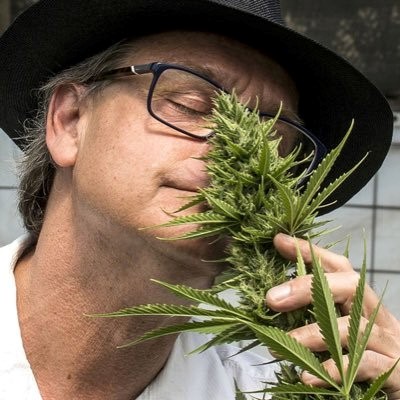 When the Cannabis Act allowed provincial governments to govern their own cannabis industries, the authority was further given to municipalities to do the same.

What resulted is the outright banning of cannabis sales in various cities.

Richmond Hill and Markham in Ontario are two cities. While in BC; the city of North Vancouver, Richmond, Tofino, Abbotsford, West Vancouver, Whistler and Pitt Meadows are seven more. In these jurisdictions, cannabis retailers are strictly prohibited, thereby making government approved mail-order the only legal channel.

“It’s ridiculous, no municipality should be allowed to ban a legal product”, Marc Emery passionately explains in an interview.

And he makes a good point, as exponentially more harmful products like tobacco, Oxycontin and other legally prescribed opiates are available at pharmacies in every community.

This example reinforces his greater point of how the government is doing things with excessive rules, restrictions and costs – a system he refers to as a “restrictive regime.”

“Legalization is adding more laws, more delay, more inconvenience and more costs on the consumer”, he further goes on to say, therefore, driving a large portion of the 5 million Canadian cannabis users to the black market.

Not to mention concerns of under supplied cannabis from licensed producers being another reason.

This black market Marc Emery explains, is also full of people with expertise and potential, who are being neglected and ostracized by the current legal system. Talent with lots of economic value that’s being squandered in other words.

However aside from all the criticism, Marc Emery remains hopeful, as he expects the courts to rule in favor of a better system for Canadians in about a year’s time.

Limitations that prohibit consumption in lounges and a maximum growing of 4 plants per household are two irrational rules he expects to change.

And if things don’t, you can expect Marc Emery at the forefront, voicing his concerns at the least, while at the most, breaking such excessive limitations until a more rational and egalitarian system is achieved. 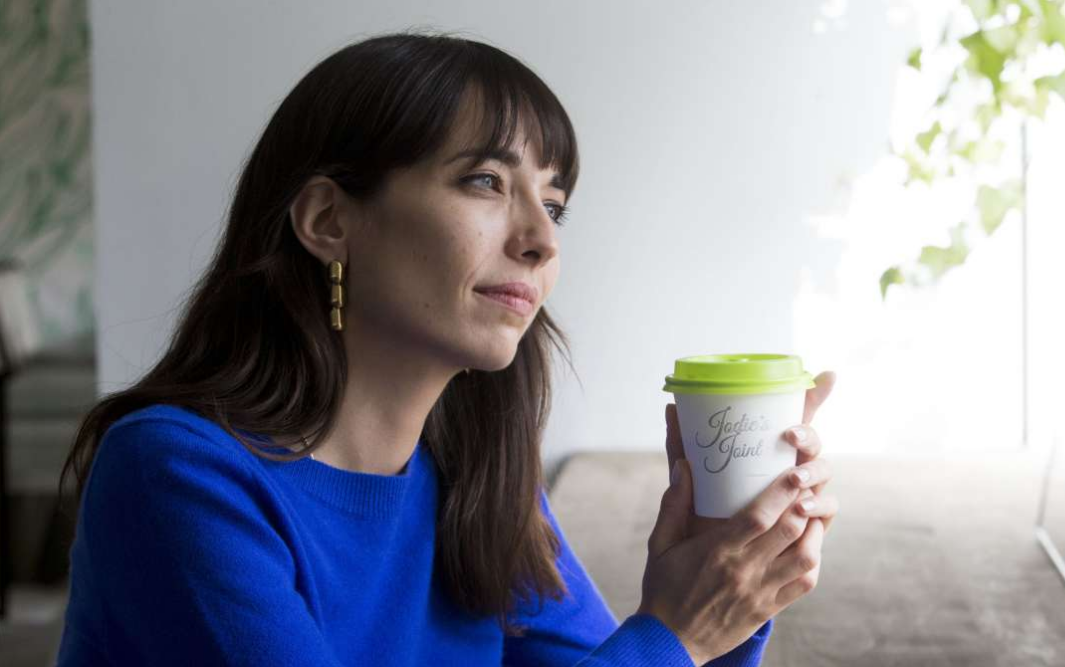 To the Princess of Pot, Jodie Emery, legalization represents “just a little more than the white washing of cannabis culture.”

Well, what does she mean?

She means, fighting for cannabis to become mainstream is not only the result of efforts from legislators and bureaucrats, nor enterprising men in suits, as much as the media publicizes them for being so.

Rather, legalization was a long, hard and arduous battle, won through the devotion and sacrifice of underground activists, won through those who supported and provided its access medically in defiance of the law, and won through the many, many individuals who have and continue to suffer – whether it’s from being incarcerated, violently abused or demeaned by law enforcement.

In other words, to Jodie emery and others, the cannabis policy reform movement has always been about promoting civil liberties, like fairness and freedom, along with providing safe access.

And, if you ask her personally, cannabis legalization being ‘won’ is hardly the reality, because under ‘the legalization’ banner, such civil liberties and safety of access are still being infringed upon.

For instance, most cannabis being consumed today is not government approved due to the lack of regulated supply, cost and limited access. And, since it isn’t approved, the majority of 5 million Canadians who do use are breaking the law, and could be subjected to harassment, arrest, fines and criminal convictions

“There shouldn’t be any punishment, and law enforcement spending against something that’s supposed to be legal and not against the law”, Jodie Emery says in an interview. “If there’s no force, no coercion, no violence, no victim – there should be no crime”.

But, things aren’t all bad for civil liberties, as Jodie affirms the government’s attempt to pardon minor possession convictions as a step in the right direction – a move that will affect 500,000 Canadians.

However, it’s still not enough.

“Let’s look at amnesty for all non-violent cannabis offenses”, she goes on to say. 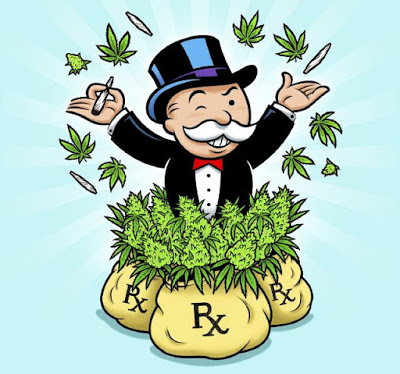 Along with Marc, Jodie Emery also shares similar sentiments to how the government monopoly model excludes those who were pivotal in creating the cannabis market from the start.

“What the government has done is take a system that already exists and lock out the people who created it,” she says. “Why couldn’t [existing] dispensaries become part of the economy, just like Uber or Airbnb?”

From their perspective, such a system has taken the exact business model that early activists and policy reform pioneers created, and then turned it into a government monopoly model that excludes the original innovators, with the barrier of needing clean criminal records to participate.

As you can imagine, such innovators sacrificed their criminal free backgrounds to promote medical cannabis use through operating illegal dispensaries.

However, with all criticisms aside, Jodie Emery doesn’t think legalization is all bad, rather she views it as a positive – a symbolic positive that is, because it influences other nations and “creates inspiration for the world to change their laws”.

But she adds, hopefully other countries will be do so with less restrictions, because, this way, everyone has the opportunity to benefit from the economic growth that’s expected.

And, for a market that’s projected to be worth tens of billions in the coming years, there’s potential for a lot of economic growth to go around – that is, if an egalitarian system is in place.