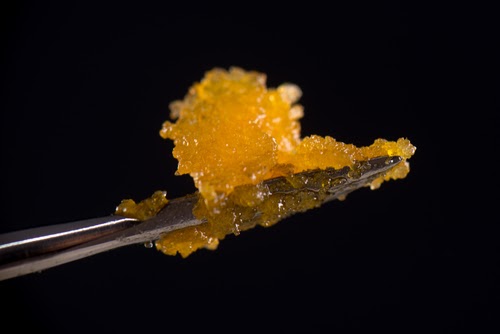 Being a cannabis user in 2020 is a mixed bag. On the one hand the variety, potency and quality of products is remarkable. The number of strains, extracts and topicals introduced daily caters to everyone’s needs. But, on the other hand, the range out there is enough to make your head swirl.

Nowadays, navigating through the shelves of a dispensary is similar to a maze. Failing to stay informed on the new varieties is a great way to find yourself at a dead end.

One of the trickiest cannabis categories to explore is concentrates.

You probably wondered at some point in time – what in the hell is Live Resin? Is it better than shatter? Is it the same or best ignored?

If these are questions you’d like answered, then you’re in luck. Today we’re going to pit them against each other and see which takes the cake.

Speaking of cake, let’s start cutting and dig in. 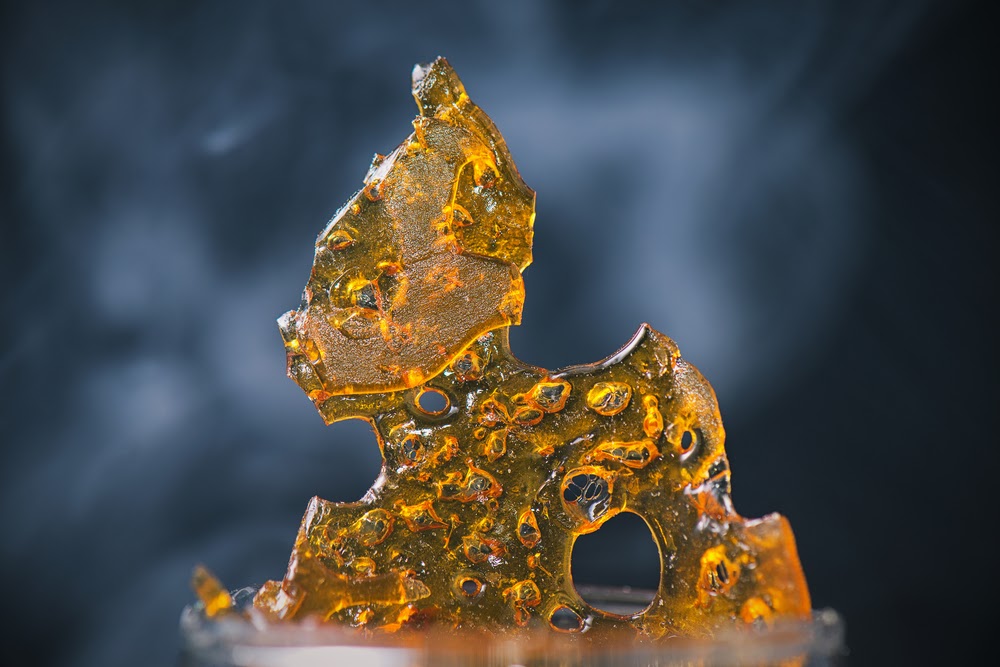 What’s the Difference Between Live Resin and Shatter?

Shatter and Live Resin are both solvent extracts. To produce them, cannabis goes through an extraction process involving a solvent to obtain the THC, terpenes and cannabinoids.

The most common solvent used for extraction is butane.

The main difference between Shatter and Live Resin is the flower harvesting process. Shatter’s produced from dried cannabis.

While good shatter will use freshly picked marijuana, it’s not unusual to find concentrates made from old or trimmed flowers.

The resulting product is deficient in quality.

On the other hand, Live Resin comes from the freshest cannabis possible. Growers flash-freeze the buds as they’re picked, preserving the tantalizingly delicious terpenes.

For those that don’t know, terpenes are the compounds that give cannabis its flavour, taste and sometimes effects. Terpenes breakdown over time after harvesting the buds. But, by flash freezing the plant, the “terps” stay intact.

Shatter is a term used for the glass-like concentrates. When using a butane extraction method, the resulting concentrate may take several forms with the preferred being glassy.

Wax and crumble are mostly the same product, but by design takes a different shape.

Live Resin, like shatter, can take any of the above appearances and more. However, the most likely is a golden, glue-like substance that’s slightly malleable. It tends to resemble a sauce more than any other, but coming across live resin wax and crumble are not uncommon.

Is Shatter or Live Resin Better?

Live Resin, without a doubt, is a higher quality product, which reflects the price tag.

Live resin’s robust flavours excite connoisseurs and enthusiasts. Vaping or smoking live resin tastes like it’s picked right from the flower, which it basically has.

The flash-freezing method takes time and isn’t the cheapest to store, but for a couple extra bucks, the product itself is miles better.

This isn’t to say shatter doesn’t have its place. Shatter is an excellent extract and still features plenty of terpenes and cannabinoids, just not quite as much as live resin. 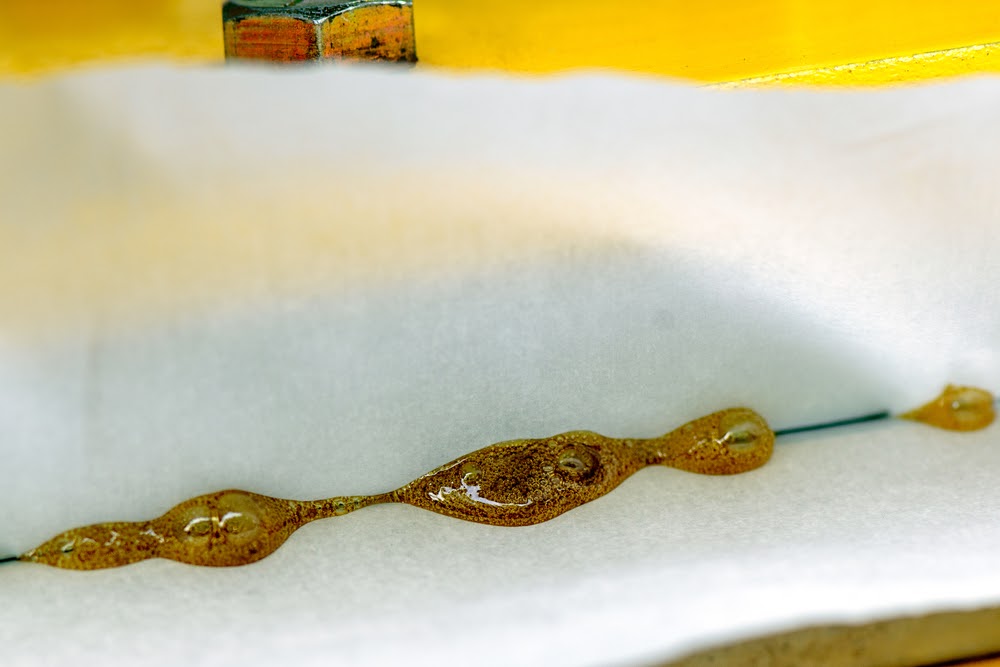 The Difference Between Rosin and Shatter?

Rosin, unlike shatter and live resin, is a solventless concentrate. It does not require a potentially harmful extraction process.

To make rosin, apply heat and pressure to cannabis buds. The pressure and temperature squeeze the juicy sap-like concentrate out onto parchment paper.

Rosin is a popular concentrate for several reasons: the foremost being it’s solventless. Solventless extracts are “purer” and don’t feature any foreign substances. Although butane extracts remove their solvents, inexperienced extraction artists may leave remnants.

Another awesome perk of rosin is its flavour. Purging marijuana with butane strips it of some of its terpenes and cannabinoids. While rosin loses very little of its terpene profile.

Is Rosin Stronger than Shatter?

Rosin, shatter and live resin are all roughly the same potency for THC. Most extracts fall into the 60-90 percent range, but it much depends on the extraction process and quality of cannabis used.

The THC content of these products is roughly the same, but they may have different effects.

As mentioned, terpenes and cannabinoids not only provide the extracts with flavour and aroma but also alter the effects. For instance, pinene, a terpene found in pine trees and cannabis, opens our lungs airways, while myrcene is sedating.

Thus by having an abundant terpene and cannabinoid profile, the high is more likely to be well-rounded.

This is hard to answer because it comes down to user preference.

For medicating purposes, shatter may be a better choice due to its price. Higher doses come at a lower price, and if you are required to medicate throughout the day, this saves lots of cash in the long haul.

But for those seeking experience over strict price and THC content, rosin and live resin are superior. Their cannabinoid and terpene content makes a high-quality experience that’s evident in the aroma and aesthetic.

It’s hard to split hairs, but due to rosin production coming via solventless extract and its extraordinary flavour, it takes first place by a slight margin.

But once again, it’s a personal preference!

The Best Extract is Your Favourite One

In reality, the “best extract” comes down to your personal preference. Some people love a waxy live resin, while others want a saucy shatter. In the end, there’s no right or wrong here.

Play around with the different concentrates to see which suits your needs and fills your heart. There’s only one way to find out which takes your top pick!

For a selection that fits everybody’s needs, visit our shop. It’s never too late to find your favourite extract. Choose from the wide variety of concentrates and medical cannabis in store!