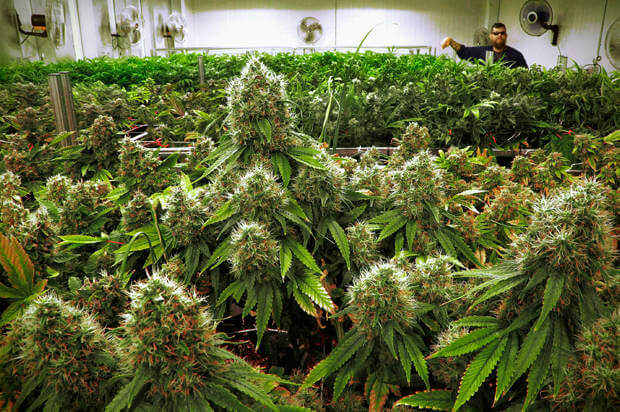 Scientific American On August 11th, the Drug Enforcement Administration announced its decision to keep marijuana classified as a Schedule 1 drug. The federal government has historically referred to this category as the “most dangerous drugs”, including substances like heroin and bath salts.

As a resident physician specializing in mental health, I can’t make much sense of this.

Every day, I talk to patients about substance abuse. Whether evaluating patients in the clinic, in the emergency department or on inpatient units, my colleagues and I screen patients for substance use. It’s a vital component of any clinical interview, particularly in mental health care, and helps us understand patients’ habits and their risks for medical complications.

During my medical training, I’ve learned which substances to worry about and which ones matter less.

Alcohol is usually the first substance I ask about. Many people have seen drinking go wrong, be it a friend making a bad decision or a family member struggling with alcoholism. But clinicians see the worst of this on the front lines.

Intoxicated patients stream into emergency departments after crashing their cars, inhaling their own vomit or falling into a coma. According to the National Institutes of Health, alcohol-related conditions contributed to more than 1.2 million emergency department visits in 2010. The Centers for Disease Control reports excess alcohol consumption causes roughly 88,000 deaths in the United States each year.

And alcohol can be just as frightening when patients stop drinking. Heavy drinkers who don’t consume as much as they usually do can go into alcohol withdrawal, ranging from mild tremors to terrifying seizures and death. I’ve spent much of my residency training so far learning how to treat and recognize complications from alcohol withdrawal.

It’s not only alcohol that clinicians worry about. Cocaine can cause heart attacks, kidney failure and complications during pregnancy like placental abruption. Methamphetamine can trigger an assortment of responses, from hyperthermia to violent agitation to cardiogenic shock. Opioids like morphine can plunge patients into respiratory failure and kill them. Intravenous drug use puts patients at risk for hepatitis, endocarditis or even brain abscesses.

But, for most health care providers, marijuana is an afterthought.

We don’t see cannabis overdoses. We don’t order scans for cannabis-related brain abscesses. We don’t treat cannabis-induced heart attacks. In medicine, marijuana use is often seen on par with tobacco or caffeine consumption — something we counsel patients about stopping or limiting, but nothing urgent to treat or immediately life-threatening.

The federal government’s scheduling of marijuana bears little relationship to actual patient care. The notion that marijuana is more dangerous or prone to abuse than alcohol (not scheduled), cocaine (Schedule II), methamphetamine (Schedule II) or prescription opioids (Schedules II, III, and IV) doesn’t reflect what we see in clinical medicine.

This isn’t to say marijuana is harmless.

Indeed research suggests it may have deleterious effects on the developing brains of adolescents. Marijuana use has been linked to psychotic symptoms in some individuals. Synthetic marijuana has emerged as a new public health challenge and, in 2012, Congress added many of these toxic compounds as separate entities under the Schedule I category.

According to NPR, Chuck Rosenberg, acting head of the DEA, explained the decision to keep marijuana as a Schedule I drug was based more “on whether marijuana, as determined by the FDA, is a safe and effective medicine.”

Regulations have prevented U.S. researchers from answering this question over the last several decades. As written in a recent editorial in The New York Times, “the government itself has made it impossible to do the kinds of trials and studies that could produce the evidence that would justify changing the drug’s classification.”

Yet, according to a 2015 systematic review, studies from around the world suggest cannabis and cannabinoid therapies may help patients in a number of ways. These include treating chronic pain, muscle spasms, debilitating side effects of chemotherapy like nausea and weight loss from HIV infection. Dozens of U.S. states have listened to such findings in recent years and passed legislation approving the use of medical marijuana.

Despite keeping marijuana as a Schedule 1 substance, the Obama administration has promised to expand national research into the drug. This is a welcome change, and we’ll hopefully develop deeper insights into the risks and the benefits of cannabis use.

In the meantime, our nation’s substance policies should be grounded in the realities of clinical practice.

In hospitals across the country, patients writhe in agony from alcohol withdrawal, turn violent from crystal meth and struggle to breathe after overdosing on prescription opioids. These are the cases that keep health care providers on edge. These are the patients we follow closely. When our pagers go off, we hurry to the bedside, give medications, alert security or even begin resuscitation.

With marijuana? Not so much.