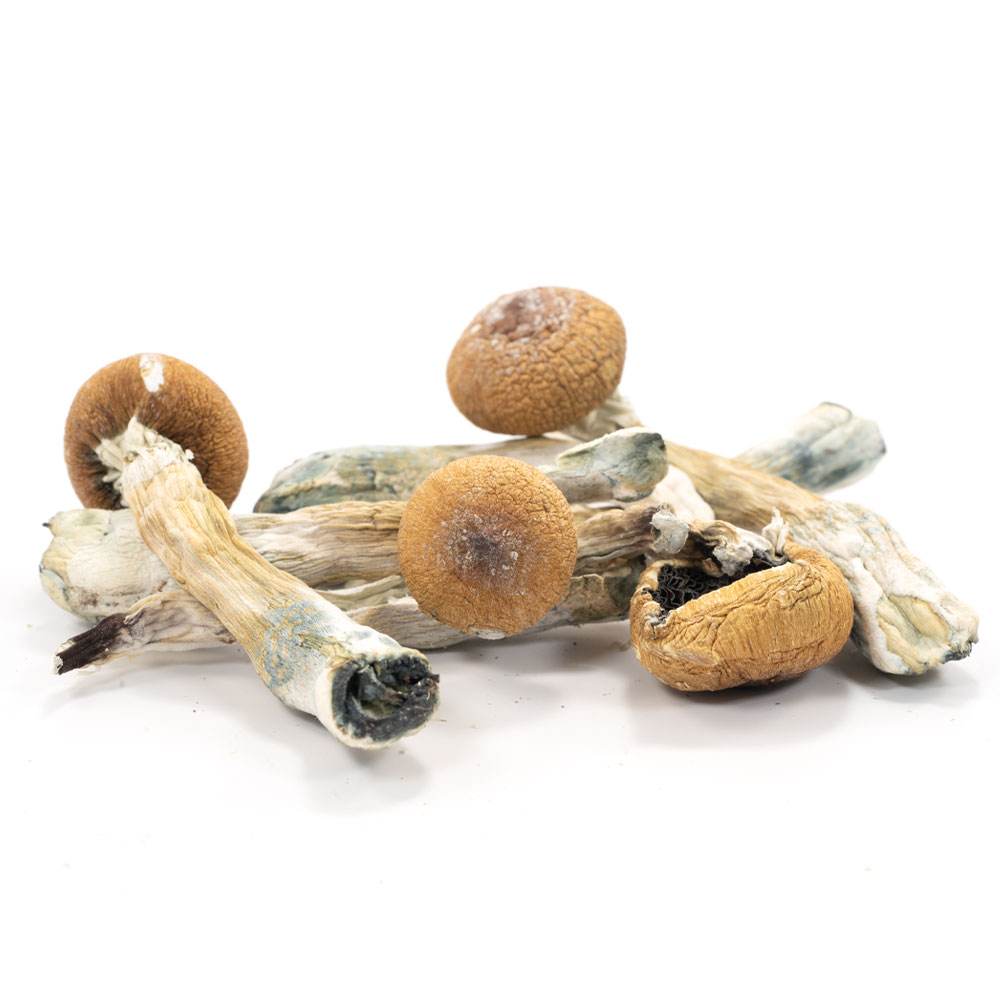 Penis Envy is a strain of psychedelic mushrooms from the P. Cubensis family. While still a relatively unknown strain, it, without a doubt, helped shape the counterculture revolution of the 70s.

As psilocybin shakes the label of recreational drug and acquires the tag of potential medicine, strains such as Penis Envy are sought after due to their explosive visual and introspective effects.

Today, we’ll examine the history of the mythical strain, its uses, and personal experiences with the mushroom.

As with any plant medicine of this nature, education is crucial.

The History of the Penis Envy Strain

Originating in Colombia, the Penis Envy strain is rich in ceremonial history. However, it wasn’t until famed psychonaut Terence McKenna explored the region that they emerged in North America.

For those unfamiliar with Terence McKenna, his groundbreaking research into the effects of psychedelics on the human mind changed how we look at specific plants. His anecdotal and scientific research reshaped the psychedelic plant medicine landscape in America.

Thanks to his and his brother’s work, we’re here today discussing psilocybin’s uses.

As the story goes, Terence McKenna crossed paths with the Penis Envy mushroom during a trip to Colombia. They left such an impression on him that he bravely smuggled spores onto his return flight home.

Upon arrival, he called on the help of Dr. Steven Pollock to isolate and synthesize the strain.

As they say, the rest is history.

Nowadays, Penis Envy’s stock is rising, and with good reason. The effects are life-changing.

A Trip to Remember

Having heard of Penis Envy for quite some time, you could imagine the look on my face when a new acquaintance brought some for a spiritual journey.

Six of us rented a cabin tucked away in the woods of Madeira Park on the Sunshine Coast, B.C.

Although, as a group, we had just met, we each had close relationships with half of the people. I had heard a lot about the member who brought the mushrooms. You see, he’s a bit of a modern-day shaman, working with government legislature to legalize plant medicine in Canada.

Having obtained a big bag of Penis Envy, I knew a trip for the ages was in order.

We ingested 2 grams each to start. As the sunset, we made for a secluded cove to watch the horizon engulf it. Within 30 to 45 minutes, the giggles ensued. It was one team member’s first time tripping.

To say she was apprehensive at first is an understatement. However, an hour into the trip, as we chatted a bit of non-sense, all we heard from her was a loud “SHHHHH…Listen.” We knew she got it.

After an hour and a half, the effects began to strengthen. It got dark, and seeing as we were starting to hallucinate, we decided to go back to the cabin. Even in the darkness, the trees and bushes glowed with an illuminating aura.

As the wind glided through tree branches, leaves changed from bright green to emerald and every other shade of green between.

Upon arriving back at the cabin, the trip took an introspective turn. As the stars began to shine, the incredible vastness of the universe presented itself. However, it didn’t make us feel small or insignificant.

We felt the opposite.

We sensed our innate connection with all there was. This sensation brings perfect peace to one’s self, or whatever self even means.

Penis Envy, as we learned, is an emotionally stabilizing strain. We spent hours discussing the mental roadblocks that hinder us from growth.

Once you move into the feeling and emotion, you begin to realize there’s nothing there. It’s merely an imaginary lie we’ve told ourselves out of fear and prejudice. This realization, in itself, is hugely liberating.

Experiencing hours of laughter, some tears, endless hugs and 4 hours of looking through kaleidoscopes, it was time to wind the night down.

As you could imagine, while I attempted to fall asleep, I lay there with a smile as wide as the Grand Canyon.

The Penis Envy strain dissolves the mental lies we’re fed. They discard the stories that enable or disable us to act a certain way for those who have read The Four Agreements, the Mitotes.

With my arms behind my head, laying up looking at the stars, there was only peace.

Penis Envy tends to be on the stronger side. I recommend beginning with a moderate dose and working your way up.

Everybody reacts differently. If looking for a full-on trip, start with a gram and work your way up.

For more information on dosing with mushrooms, including microdosing and heroic doses, check out our full guide here!

Penis Envy is excellent for resetting and being in the here and now, allowing one to forget the common issues that plague the mind.

They put you in a state of allowance. A coming to terms with our emotions and past, letting them slip away and forcing us into the present moment.

As well as the introspective aspect, it is critical to note that Penis Envy is heavy on the visual side.

Aside from the open eye, colour-changing and wavy visuals, the closed eye visuals are breathtaking.

During my wind down, I experienced hours of psychedelic art flooding my mind. Whatever I thought about painted itself behind my eyelids with great detail and clarity.

The visuals resembled the artwork of Alex Grey, with lots of fractals, sacred geometry and surrealism art.

It finally clicked how artists come up with all these ideas.

An Experience Unlike any Other

Penis Envy mushrooms are in a class of their own.

Strong visuals, paired with a healthy balance of philosophical insight and unity, make them irresistible.

It’s evident why Terrence McKenna fell in love with them all those years ago.

Have you ever tried Penis Envy? Or has the mythical strain avoided you for years?

Well, the wait is over.

Our selection of psychedelic mushrooms has expanded to include the famous Penis Envy. Order yours today and connect with your true self.