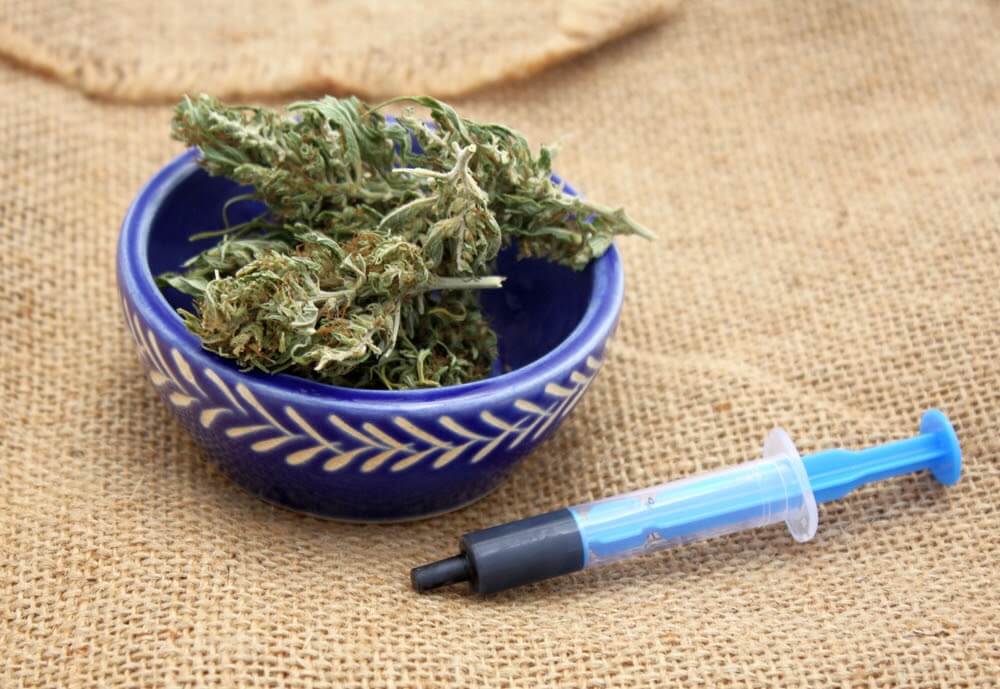 Let’s look at how to use Phoenix tears, what they can do, and all about the person who first created this product, Rick Simpson. We will briefly discuss more alternatives to Phoenix Tears, buying cannabis extractions, and the topic of cannabis use for medical reasons.

What Are Phoenix Tears?

One of the first examples of modern medical cannabis concentrates are Phoenix tears.  Also known as Rick Simpson Oil (RSO),  phoenix tears are a highly concentrated form of cannabis extract that’s gaining traction as alternative medicine that’s being used to combat anything from inflammation and chronic pain to more serious illnesses such as cancer and whether or not they’re effective

Generally, it is advised that Phoenix Tears are made using strong sedative Indica strains. The originally suggested solvent was naphtha, although there are serious concerns with this ingredient, often used as paint thinner. While Rick Simpson suggests that the beneficial healing powers of this oil overcome the risk of solvent residue exposure, other options for the solvent include 99% isopropyl alcohol and acetone. These vary from the propane, butane, or carbon dioxide solvents used by the legal cannabis industry to create cannabis extracts.

How to use Phoenix Tears (Rick Simpson Oil)

Initially, the Phoenix Tears how to use guide was as simple as a topical application. Since then, they have been adapted for use in a vaporizer or oral consumption. Since RSO is a thick extract, they require a thinning agent like vegetable glycerin to permit vaping.

The same goes for dabbing, where RSO can be used, depending on the solvent used and the ultimate consistency of the product. As mentioned, this concentrate is already active, and so the use of heat during dabbing only needs to be enough to vaporize the THC and CBD compounds.

RSO can be used sublingually by putting it under the tongue and allowing it to be absorbed. Effects can be much quicker with the sublingual method, potentially a matter of minutes. RSO can also be put into capsules, a beverage of your choice or swallowed as is. The effects of this delivery method will be more delayed but usually last for longer. RSO  can also be added to food or drinks for the same effect.

Keep in mind that this is a highly concentrated product, and so start with an incredibly small dose and gradually increase until the desired effects are achieved. Phoenix Tears reviews online remind us that the high can be intense due to the potency, so be cautious if consuming.

What can Phoenix Tears do?

The Phoenix Tears Canada production process leads to decarboxylation, which results in a psychoactive product ready to be consumed, full of THC and CBD. As mentioned above, the Phoenix Tears high is intense, and managing the proper dosage is essential. The evidence regarding the benefits of topical, oral, and inhaled delivery methods are lacking. That said, there are numerous anecdotal reports out there, but not enough research.

All of these claims are lacking conclusive evidence. There are early indications that suggest cannabis can be helpful to those with the list of conditions described above. Rick Simpson also indicates that this product is harmless and non-addictive. This is factually wrong, as cannabis can cause harm, and it can be addictive. You can check out Cannabis Hyperemesis Syndrome as one potential harm due to cannabis consumption more broadly.

Who is Rick Simpson?

As we learned earlier, Rick Simpson Oil (RSO) is the term initially used to describe the extracted product made by Rick Simpson. The name was coined by Jack Herer and has become closely associated with the term Pheonix Tears over the years. Rick Simpson is a Canadian medical cannabis patient and activist, born in the Province of Nova Scotia. In 2013 he moved to Europe after facing some repeated legal problems here in Canada. You can read more on the Rick Simpson website. Rick Simpson created this cannabis concentrate after getting sick from cancer, and not gaining support from his medical professional to use cannabis.

As the story goes, Rick created RSO through experimentation and used it on his basal cell carcinoma on his forearm. He claims that this application of RSO cured his skin cancer. He is known or giving away RSO for free to those in need, and strongly advocates for RSO as a cure for many illnesses and problems. The World Health Organization noted that his claims are only anecdotal evidence, and it would be unwise to generalize them to all forms of cancer. More information, in terms of high-quality research, needs to be available before we can definitively know where it does and does not help.

Generally, it is advised that RSO is made using strong sedative Indica strains. The originally suggested solvent was naphtha, although there are serious concerns with this ingredient, often used as paint thinner. While Rick Simpson suggests that the beneficial healing powers of this oil overcome the risk of solvent residue exposure, other options for the solvent include 99% isopropyl alcohol and acetone. These vary from the propane, butane, or carbon dioxide solvents used by the legal cannabis industry to create cannabis extracts.

Since the success of RSO, many evolutions have been made to the recipes, and new technologies applied. These small but significant changes increase the safety of new products relative to RSO. New techniques allow for the use of solvents that are easier to remove after their purpose is complete. Alternatives include cannabis oil, which uses one of the various oil carriers, including MCT and olive oil, to extract the phytocannabinoid compounds. There are numerous cannabis oil options out there on the market, and recipes online to teach you how to make them online.

The BC Compassion Club Society, a well-known and respect community-based medical cannabis dispensary in Vancouver, Canada, provided these reasons for why they don’t sell RSO.

They instead sell newer forms of extracted cannabis products. They don’t sell Pheonix Tears because the claims about it are not supported by peer-reviewed medical research, and they cannot endorse claims that something can cure cancer without evidence. They are also concerned with residual solvents in the final product and feel that the price and quantities needed to make the product are not feasible.

Consult a doctor if you have access to medical cannabis and want to discuss RSO. Your budtender can also share information to help you understand the menu to make orders that suit each of your needs and any concerns. Please make sure you know everything in your cart, and can at least appreciate its uses and applications. While cannabis may one day be proven to treat or manage symptoms in a range of conditions, right now, that evidence is lacking. Ensure you always seek medical attention when needed and discuss cannabis with your physician instead of keeping your consumption a secret.

More specifically, The cancer-curing claims made by Rick Simpson and others are not supported by empirical evidence in humans. There is plenty of evidence of phytocannabinoids helping kill various cancers in Petri dishes and rats. At this point, there is not enough evidence to support RSO as a cure for cancer. Ensure you seek medical guidance before consuming Phoenix tears as a complement to stand medical treatments.