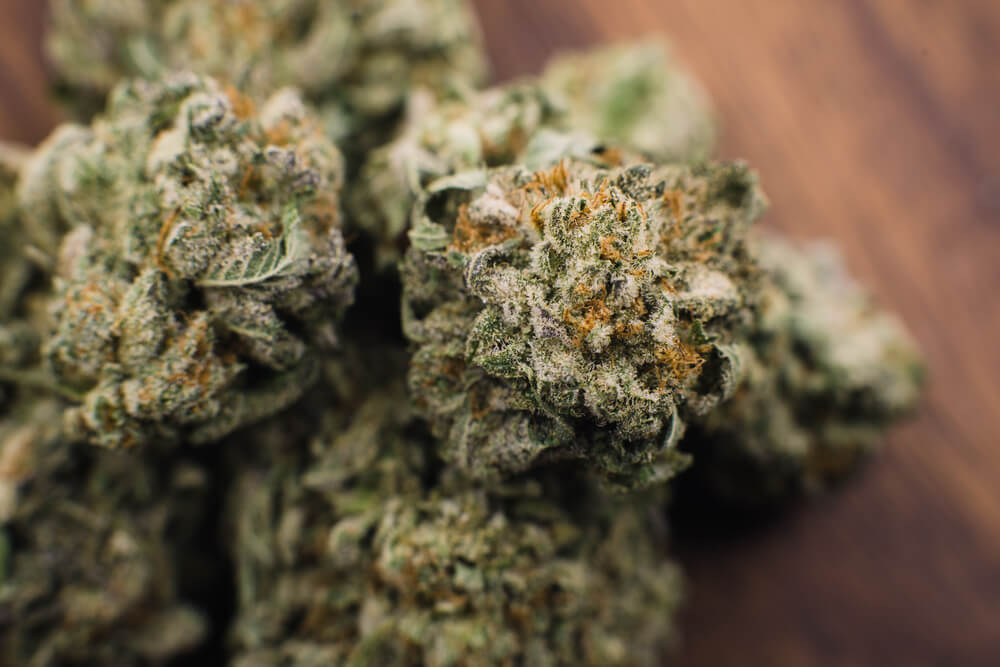 When it comes to lovers of cannabis, some could care less while others couldn’t care more about terpenes like phytol. No matter where you stand on this spectrum, terpenes play a critical role in the flavour and aroma of your favourite bud.

Today, we’re diving into phytol, specifically, and where it comes from, what you can use it for, and what effects it may have.

Phytol may not be the first terpene you ever heard of, but we think it’s a terpene worth a close look.

That said, let’s get started!

Phytol is a terpene or plant-produced compound that provides plants with unique characteristics, including taste and smell. However, terpenes have a range of other biological functions, such as a defence against predators and other outside threats.

Phytol has an oily consistency with a yellow colour. It is often used as a colouring-agent due to its vibrant yellow hue.

More specifically, phytol is an acyclic diterpene alcohol, a category of terpenes considered to have antimicrobial and anti-inflammatory effects.

As a diterpene alcohol, this terpene may share other benefits known to this class of terpenes, as well, such as antioxidant properties.

Getting into the weeds (get it?), it is worth noting that phytol is a by-product made during the breakdown of chlorophyll, the green pigment in plants used to gather energy from the sun. As such, this floral terpene is part of the essential functioning of plants.

Phytol also serves numerous other plants’ functions in their fight against threats and invaders, as we stated previously and will expand on later.

In humans, phytol has calming and sedative effects. Phytol has a floral and grassy scent, but it is not quite as potent as various other terpenes found in cannabis such as pinene and caryophyllene. The earthy aroma of this terpene reminds us of idle days spent laying in the grass.

However, phytol is present in numerous plants outside of weed.

Where Does Phytol Come From?

Phytol is found all over the plant kingdom. Just a few examples of plants that produce it in significant amounts include citrus fruits, lettuce, and green tea. It is especially potent inside matcha and sencha tea varieties.

In humans, consumption of phytol leads to the production of phytanic acid. This branched-chain fatty acid is also found in dairy, animal fats, and certain fish.

As you can see from the list, vegans are likely to have much lower levels of phytanic acid due to the presence of it in animal sources.

A non-meat diet should consider the legumes and grain products high in phytol for their diet.

Plants create this terpene to fight against disease and invaders. As with the other terpenes out there, plants don’t just produce them for the smell, but for specific actions and roles. Phytol is a deterrent to predators, helping to keep plants safe.

Regarding plants, phytol is used to fight against various threats, including insect predators. It is considered to be an organic fungicide, pesticide, and miticide. This terpene helps plants defend against unwanted invaders while supporting healthy bacteria in the soil.

Phytol is broadly found in numerous household products, including cosmetics, shampoos, and cleaning products. It is also added to food products to produce its soothing scent.

In this sense, the usefulness of this terpene extends beyond the compound itself, as the synthesis of it creates valuable by-products, namely vitamin E.

Phytol is found in supplements such as vitamin E and vitamin K supplements because it is used to synthesize products within these vitamins.

So, there is a good chance you’re already consuming a multivitamin that contains some of this terpene inside. Check your vitamin cabinet to see if you have some inside your vitamin E!

Although more research is needed, it appears that phytol helps to relieve anxiety and promote relaxation.

In one study on mice, phytol was shown to interact with the GABAergic system to provide anxiety-reducing effects. While they measured this through observations of mice behavior, the results indicate less anxiety-related physical behaviours.

Further mice research explored the impact of phytol on seizures. These researchers found that the terpene exhibits anticonvulsant (anti-seizure) activity through modulation of neurotransmitter systems.

Basically, this means that weed containing this terpene can stop seizures, something we’ve known about for years.

The information about the known anti-seizure effects of phytol may suggest a role for this terpene in related treatment. There may also be a role for phytol to enhance the health of those already taking cannabinoid therapies.

Phytol also has anti-inflammatory effects. A study from 2014 discovered that this terpene reduces the neutrophil migration that occurs during oxidative stress resulting in less inflammation!

Phytol is also thought to reduce pain and is considered an analgesic. Research results from 2013 demonstrated pronounced antinociceptive effects of this terpene in a nociception model using mice.

Nociception refers to the neurological signals from receptors throughout our body that lead to the perception of pain and discomfort. Therefore, reducing the signaling of nociceptors may lead to reduced pain sensations.

Phytol is widely considered to have antioxidant properties. Research published in 2016 demonstrated the antioxidant potential of this terpene in preclinical test systems.

If all that isn’t enough, phytol compounds potentially present antitumor activity, as well, such as during liver cancer cell treatment. Another group of researchers called the terpene a cost-effective and natural product widely present in our biosphere that may inspire new breast cancer treatment as well.

Thus, phytol may one day join the arsenal in the fight against cancer, but further human studies are needed.

It should be clear from all these references and sources that this powerful compound has some tremendous effects. Whether human consumption produces similar results is a fruitful area of research.

While researchers progress from studying animals to exploring human health, many of us wonder where cannabis will fit in.

The cannabis plant produces a vast variety of terpenes, over 150 in total. These terpenes all share a similar molecular structure, but their known effects differ significantly.

The array of effects produced by phytol require much more research, but we have learned a few important lessons. Broadly speaking, this terpene has numerous potential therapeutic and medical benefits.

In cannabis plants, phytol is produced by the breakdown of chlorophyll and tocopherol. It is a natural by-product of the synthesis of these compounds. The level of phytol provided by different strains varies based on genetics.

Phytol is found in Sativa and hybrid strains more often than Indica strains.

Examples of strains that have high levels of phytol include Sour Diesel, Cheese and OG Kush. Cannabis strains high in phytol are often reported as calming and mildly sedative by consumers.

As we said, phytol is an acyclic diterpene alcohol that has a floral and earthy scent that is soothing to humans and animals. Phytol has anti-inflammation and antioxidant properties along with the ability to reduce pain and reduce seizures in mice, at least.

While further research is needed, phytol usage in combating a variety of illnesses and conditions and its potential healing properties and medicinal applications, in general, appears to be very promising.

In this way, it is an ideal terpene for both medicinal and recreational cannabis users looking to reap its healing benefits while also enjoying the relaxing, sedating effects.

The next time you’re seeking to experiment, keep an eye out for this terpene in the bud you buy to feel the mellow effects of phytol for yourself. As always, be sure that you are purchasing your weed from a reputable and reliable dispensary to ensure that it’s of high quality and safe to consume.

Have fun and enjoy!