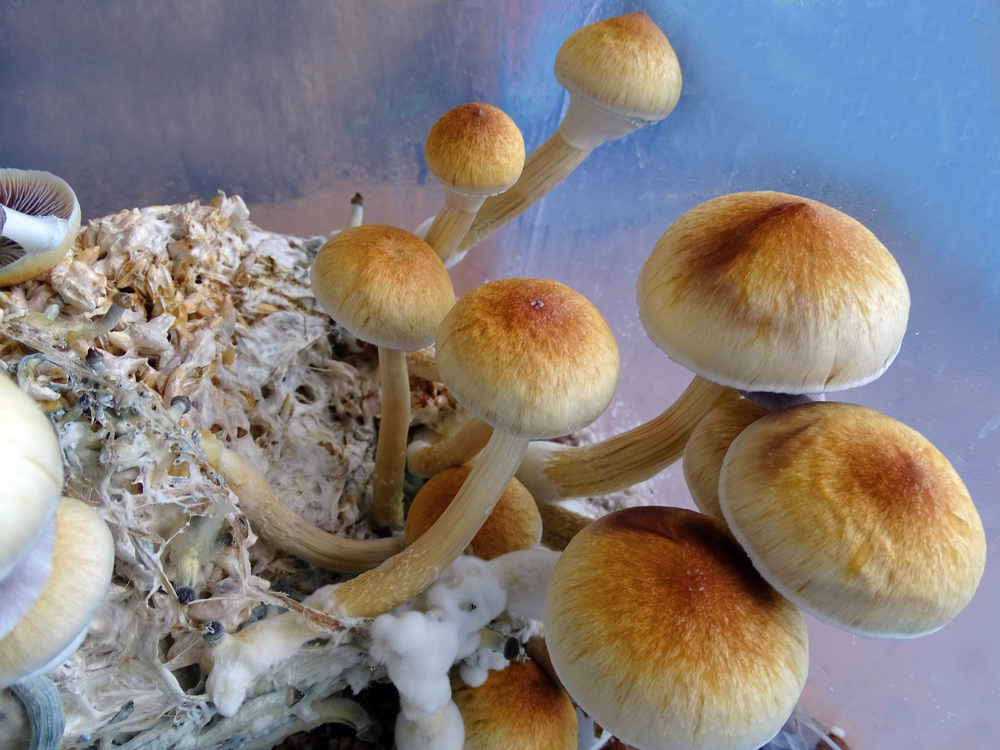 It’s the magic behind the mushroom, but unless you’re in the medical or therapeutic industry, chances are you haven’t heard of these mind-shifting caps before.

Psilocybe Cubensis, also known as magic mushrooms or shrooms, are mushrooms that contain psilocybin and/or psilocin. These compounds are hallucinogenic and are highly sought after for their medicinal, therapeutic, and recreational uses.

While Psilocybe Cubensis is still viewed as a “hard drug” by many Canadians, public opinion is changing thanks to new research. Acting as an effective anti-depressant, motivator, and enlightenment-obtaining substance, more and more Canadians are beginning to use Psilocybe Cubensis not just for medicinal purposes, but recreational ones too.

Want to understand what the hype is all about? Here’s everything you need to know about Psilocybe Cubensis.

What is Psilocybe Cubensis?

There are over 180 different species of mushrooms growing around the globe naturally. In today’s article, we’re going to focus on one specific species, Psilocybe Cubensis.

Under this species, all of the varieties contain psilocybin and psilocin, although they vary in regard to the exact shape, size, and flavour.

Psilocybe Cubensis has a well-known and signature appearance and taste. Furthermore, it is also known for the fantastic journey that this species takes you on. It is the most common strain used recreationally.

If you’ve consumed magic mushrooms before, they most likely belonged to this species.

There are numerous common strains found throughout the shroom world, each falling under psilocybe cubensis.

Examples of specific strains include Pink Buffalo, Golden Teachers, B+, and Penis Envy.

Like with the different strains of cannabis, the various strains of psilocybe cubensis mushrooms share similarities but are not identical. Lover of the psilocybin mushroom may notice these unique differences while most will find them all similarly enjoyable.

The reason why this species is enjoyed for its psychoactive effects throughout the world is the presence of two major active compounds.

The first is psilocybin, which is also produced by over 200 fungi.

The second is psilocin, which is found in almost every psychedelic mushroom.

Together, we’ll discover the precise effects of the cubensis mushrooms species below and talk more about psilocin and psilocybin. But first, let us learn about where p cubensis came from and where these hallucinogenic caps grow!

Where do Psilocybe Cubensis Come From? Where do They Grow?

The psilocybe cubensis species grows throughout the world, including the United States, Central and South America, Southeast Asia, and Australia. This naturally occurring species was first discovered in 1906 by Franklin Sumner Earle in Cuba, of all places. Fun fact, the term cubensis actually means coming from Cuba.

The usual growing environment includes soil with plenty of dung, though you’ll likely see them found on well-groomed lawns all over the world. The close association of shrooms with cow dung explains why the global cattle industry helped spread these fungi.

While there are no hard facts around when humans were starting ingesting the magical mushroom, but our relationship with this fungus goes back thousands of years. It could certainly go back 10’s of thousands of years based on rock paintings in the Sahara Desert and elsewhere.

While the psilocybin mushrooms continued to grow naturally throughout the world, it has also become a favourite for home-growers.

Want to Grow Magic Mushrooms at Home? Here’s our Psychonaught’s Guide for Home-growing!

Terence and Dennis McKenna taught numerous individuals how to cultivate mushrooms with their book, Psilocybin: The Magic Mushroom Grower’s Guide. This guide helped numerous growers around the world to discover the magic of growing and harvesting this naturally occurring species. The hallucinogenic effects of these dried mushrooms have been enjoyed by countless people since.

Home-growers of magic mushrooms have used selective breeding to improve the strength and yield of the shrooms they cultivate.

As a result of the work of breeders, there are now over 60 strains of Psilocybin cubensis. Beyond the examples listed earlier, other known types of p cubensis include B+ cubensis, Cambodian, Blue Meanie, and PF Classic.

Now that we understand where p cubensis came from and why it has become so popular let us turn to the topic of effects.

You should know that the effects can be mild to intense for those who have not tried a magic mushroom before.

The dose is a significant factor here, so always start low and go from there. The effects can be wondrously positive, but they can also change to a bad trip and be longer than you’d like.

Ensure you are in a comfortable place and in a psychologically good space before you consume shrooms or any other drugs, for that matter.

So what are the effects? Psilocybe cubensis is known to produce:

The effects you’ll experience ultimately depends on the dosage, the people you’re with, and your state of mind. A microdose (0.1 to 0.3 grams) offers a much more subdued, controlled experience than, say, a macro dose of 1 to 7 grams.

As with any substance (weed included), it’s important to know what you’re getting yourself into and how much to take for your first time. If you’re looking to venture into the world of psychdelics, we highly recommend you check out our “How to take Shrooms – Dosing 101” guide.

You’ll learn about what to expect with each dose, which mushroom strains are ideal for beginners, alternative methods of consumption such as mushroom edibles and mushroom tea, and best practices once you’re enjoying the experience.

Since the ingestion of magic mushrooms will mess with our regular neural activity, these changes can lead to either positive or negative results. It is essential to consider the dose, past experiences, and expectations before consuming any psilocybe mushrooms.

Each of these factors should be carefully considered before consumption to ensure you’re in the right head-space and taking the correct dose for you. Nobody enjoys a bad mushroom trip, so always play it safe with a lower dose versus a higher one.

The effects of Psilocybe Cubensis can take anywhere from 30 minutes to an hour or more to activate. Avoid a double-dose while waiting for these effects to take hold, or you may find yourself in a bad space.

The best physical space tends to be nature on a nice day, but any comfortable and safe place can do. Always surround yourself with people you trust, and preferably someone with more experience than yourself if you are new to mushrooms.

Some people enjoy listening to music or watching an animated movie, but what you do is up to you. There is nothing quite like enjoying a magical trip while in nature, so be sure to give that suggestion a try.

This journey can take around 5 hours, so ensure you eat a substantial meal before you start.

You may find yourself not feeling hungry throughout, and so eating beforehand helps to avoid being underfed. Drink lots of water to stay hydrated.

If plan on smoking weed on mushrooms, exercise extra caution and consume smaller doses than you usually would while enjoying them alone.

We hope to have inspired some respect for this species and the potent compounds found inside. The effects can be wonderfully powerful, especially with a little preparation. This includes mentally, so get yourself in the right headspace before you trip.