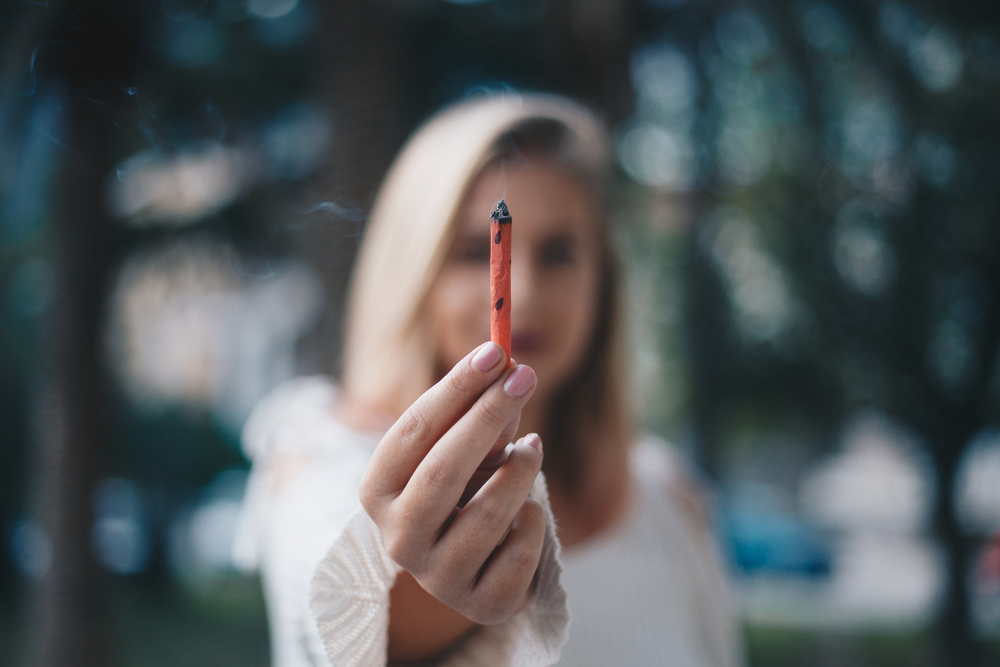 The concept of “Reefer Madness” started in 1936 with what is currently known as one of the worst films with the same name of all time.

This propagandistic film was used to brainwash the older generations into believing that weed was the devil’s lettuce and was the ultimate demise of all things good for humanity. It gave the masses a reason to demonize the cannabis plant and harbor astigmatic attitudes towards weed based on a false premise.

If you’re a fan of marijuana or even just a casual consumer, then chances are, you’ve experienced at least some backlash for your choice in enjoying reefer from at least one person in your life.

Despite the legalization and newfound scientific evidence of the medical properties of cannabis, many from the older generation are still inundated with these antiquated beliefs that are just not true.

How many times have you suggested to a loved one suffering from arthritis and chronic pain to try marijuana and or CBD only to be met with skepticism or outright anger?

It’s safe to say that by now, we all know that Reefer Madness was just a bunch of nonsense and nothing more. But the problem doesn’t just lie in the truth about reefer, but rather the truth that people want to believe.

Here’s what Reefer Madness is all about, and how it’s repercussions are still being felt today.

Reefer is a slang term for cannabis originating in the early 1900s.

Reefer is defined as a marijuana cigarette in the dictionary and refers to the various forms of cannabis such as the infamous joint, a bowl, some hash, or even the bud of a cannabis plant.

Ever since we could remember there had always been some sort of shame with smoking marijuana. Whether it be antiquated beliefs on the marijuana cigarette making its users lazy and brain-dead, to the fact that reefer made you less intelligent.

Nowadays, science has taken a deeper look at cannabis and the beliefs of the old world are starting to fall apart, however, there are still lingering effects of what was once believed to be true.

The movie Reefer Madness was what was responsible for a lot of the stigmatization behind cannabis back in the day. It was the pinnacle of propagandistic films and followed a few high schoolers who had gotten involved with marijuana and had begun spending time at a “reefer house” as the film calls it.

The story of Reefer Madness unravels as the high schoolers begin to smoke marijuana cigarettes that would ultimately cause the accidental death of one of the high schoolers and a series of complications for them due to legal issues with the herb.

The movie goes into depicting a man smoking reefer and going insane, eventually murdering his entire family. Basically, it painted a picture for everyone to shun the plant and oppose it.

Looking back at it, Reefer Madness was one of the most ridiculous things we’ve ever seen, and after all, we must be a little bit forgiving to people who fell for these obscene accusations. The internet wasn’t even a thing back then, and to be fair, most of the content and mainstream entertainment was probably curated and controlled by a select few individuals who had a dark agenda to meet.

Regardless of that, the after-effects of Reefer Madness still live with us today and have rippled through the cannabis industry causing friction in areas that would otherwise flow smoothly.

How Reefer Madness Affects us Today

The war on drugs has decimated several parts of southern centra areas of North America and has resulted in a large number of unjust incarcerations. Unfortunately, marijuana got tangled in this controversy alongside several other more harmful substances like heroin, cocaine, and various opiates like fentanyl.

The initial stigma brought on by the movie still affects reefer in several ways from its effect trickling down to modern legalization laws, reefer criminalization, general attitudes towards the herb, and even stigmatization towards reefer-derived medicine despite its effectiveness.

For example, one of the most popular falsehoods of cannabis that is widely believed to be true by older generations is the notion that all cannabis smokers are lazy and unmotivated. While it may be true to a certain degree, especially if the particular smoker consumes an excess amount on a daily basis, it is an overgeneralization that has no legs.

For the most part, cannabis can be used to stimulate creativity, enhance workouts, and even act as a social lubricant, enhancing various aspects of life. Of course, when it comes to how the marijuana cigarette affects each of us, it is a highly individual experience, with each person responding differently to the effects.

As a matter of fact, we’ve witnessed some people achieve some of their most productive states while being mildly high on cannabis.

To further combat the notion that all cannabis users are lazy, many famous high-performing athletes advocate cannabis use in relation to sports.

Cannabis has been widely known to be an effective remedy for pain and inflammation, so it comes at no surprise that athletes such as Eugene Monroe of the NFL have turned towards cannabis to aid in the recovery of sports-related injury, allowing him to get back on the field and perform at his highest ability.

How Did Marijuana Become Illegal in the First Place?

For a long time, alcohol has been legalized and been used as a socially acceptable social lubricant. Despite this, alcohol still ranks among the more dangerous drugs available for consumption, especially when compared to cannabis.

That set the precedent of what would become decades of demonization of the cannabis plant and propaganda to set the American citizens against weed and as an extension, Mexican immigrants. To this day, the marijuana cigarette still carries somewhat of a stigma to it, even reaching regions as far as the Pacific Northwest.

All in all, cannabis had a rough start in North America. Although it has been legalized for medical and recreational use in select regions around the world, it will take persistence and time for society to fully shed these false beliefs about the herb.