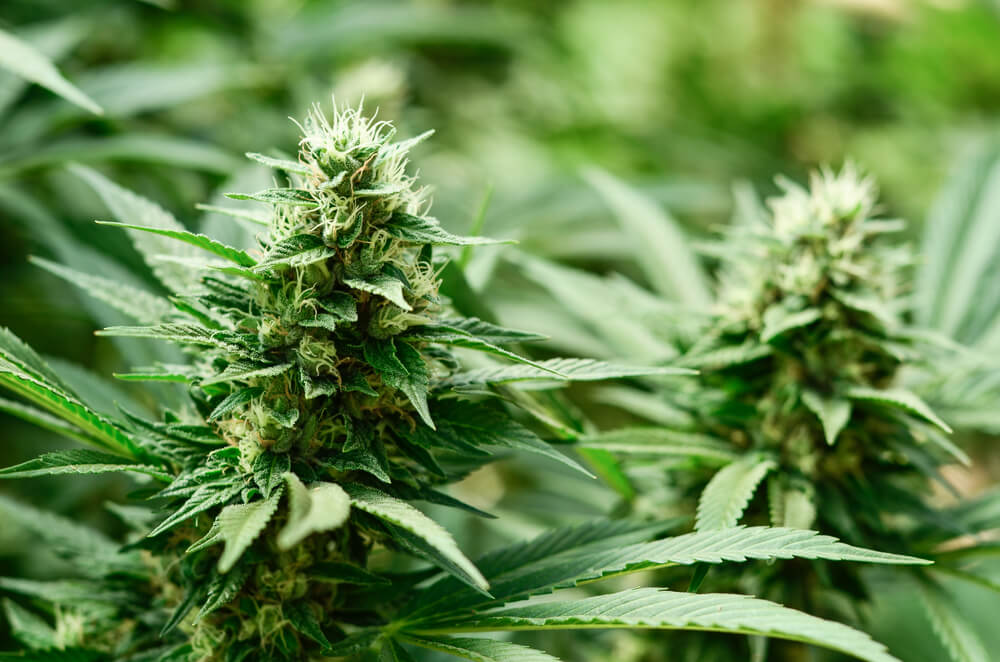 People have been growing cannabis for thousands of years, but it wasn’t until much more recently that variations such as sinsemilla were possible. It’s no question that weed has come a long way, but just how far is substantial when you take a minute to sit back and reflect on the weed or our toker forefathers and mothers.

In the 1960s, the hippies propelled weed into mainstream popularity. Flower power was on the rise in more ways than one, if you catch our drift! However, if we jump forward a decade or two, by the 1990s, something even better rose to the surface, the perfection of sinsemilla weed.

If you don’t recognize the term ‘sinsemilla,’ don’t sweat it. Even some of the most knowledgeable cannabis connaisseurs you know would likely have trouble explaining what, precisely, it is.

For those who don’t know, what sets modern-day weed, like sinsemilla, apart from the cannabis of yesteryear is the massive increase in potency. Back then, it was a godsend to have any sort of weed with THC levels hovering around the teens. Now, we’re spoiled with strains that carry a 25% THC concentration like it’s a walk in the park.

Make no mistake about it. Sinsemilla cannabis is top-shelf stuff. That said, pure strength isn’t the only element that defines it.

If you’re interested in learning more about this top-quality cannabis, what makes it unique, and its various advantages, you’ve come to the right place!

Sit back and relax as we explain to you what makes sinsemilla weed so sensational. By the end of this article, we’re sure you’ll be chomping at the bit to get your hands on some!

So, What Exactly is Sinsemilla?

Essentially, sinsemilla is a kind of top-grade seedless weed that growers specifically engineered to yield the largest, most potent buds possible. While most users are correct in asserting that sinsemilla is among the most powerful variants of cannabis, the word sinsemilla actually comes from the Spanish words “sin,” meaning without, and “semilla,” which means seed.

In other words, it directly translates to “without seeds.”

Understandably, some confusion may arise surrounding sinsemilla. More specifically, there are some people out there that believe that sinsemilla is a particular strain. However, the term sinsemilla simply refers to seedless weed.

What Strains are Considered Sinsemilla?

It’s a common misconception that sinsemilla refers to a specific strain. However, as we said, sinsemilla isn’t confined to any particular type of cannabis. In this sense, any strain, whether sativa or indica, can earn the title of sinsemilla cannabis as long as it is seedless.

Essentially, it’s more about the growing technique rather than cultivating a particular strain. That said, we’ll get into how, precisely, cultivators produce sinsemilla plants in the following section.

How is Sinsemilla Cannabis Produced?

Since not all cannabis plants are naturally seedless, producers can only grow sinsemilla plants under a specific set of conditions. If you didn’t already know, the cannabis plant is a dioecious species. If you aren’t a registered biologist, all that means is that there are male and female variants of the plant, and both are necessary for pollination.

So, when the two plants intermingle, they tend to do what comes naturally and kanoodle. In other words, the male plants pollinate the female plants, causing them to grow seeds that they can spread elsewhere.

While this type of pollination is ideal for a survival setting for the plant, it doesn’t exactly do so well for producing good bud.

Where Does Sinsemilla Come From?

As we mentioned earlier, the word sinsemilla comes from the Spanish words “sin” and “semilla” which means “without seeds” in English. That said, it can be hard to trace back the original roots of sinsemilla weed, although we do know that it must have Spanish roots, seeing as how the word sinsemilla is Spanish itself.

That said, there’s no concrete theory regarding who initially invented sinsemilla. However, the Spanish had been using hemp in various capacities as early as the 1600s. It wasn’t until the 1800s, though, that the psychoactive form of weed was widely cultivated and consumed.

Cannabis itself became a popular and widely consumed psychoactive drug in rural Mexico around the 1800s. However, it primarily stayed within Mexico during this time. It wasn’t until the hippie movement of the 1960s that marijuana experienced a massive surge in popularity and entered the mainstream in the US.

It was believed that around this time, that the art of sinsemilla production was able to be further refined thanks to the social acceptance of marijuana. As for whether or not it was the hippies of the 1960s or the Mexicans who pioneered sinsemilla, no one knows.

However, we know that the genetics of the cannabis plants used to make sinsemilla are most likely from Mexico, as much of the marijuana used during that time period was smuggled from there.

What Separates Sinsemilla From Regular Weed?

When compared to the brick weed of the olden days, or even seeded variants from today, sinsemilla is not only a more potent type of marijuana, but it’s also smoother, as well.

In other words, smoking weed with seeds in it makes for a far less pleasurable, much more cough-inducing smoke than smooth and savoury sinsemilla.

As the popularity and accessibility of sinsemilla continued to grow, more and more tokers took notice of its superiority. Eventually, blazers discovered that there were better alternatives out there than the rough, brick weed they were smoking.

After that, it didn’t take long for sinsemilla to completely dominate the market. Simply put, sinsemilla is the superior product when it comes to smooth and potent bud.

If you were to take a step back, it’s hard to ignore how sinsemilla played a significant role in shaping how people enjoy and cultivate modern-day weed. In previous times, the primary objective for growers was to incorporate as much THC into the bud as possible.

With sinsemilla, the potency is almost guaranteed. Thanks to selective breeding processes, cultivators have had more breathing room to be creative with experimenting with and honing in on other specific elements of cannabis, such as the unique terpene profiles that give the strains their distinct aroma and flavours.

Today, consumers have more options than ever before in terms of flower and product variety. With less emphasis on generating the most potency, consumers can focus on their specific needs and personal preferences to find the bud most well-suited to their desires. Whether that means particular flavours, effects, or potency is up to them.

Suppose you’re looking for fresh flower to restock your stash box, or you’re interested in giving something new a go. In that case, Herb Approach has a wide range of indica, sativa, and hybrid flower options to suit your particular cannabis cravings!

With over 200 different flower options, we are confident that you will find just what you’re after.

Nowadays, sinsemilla isn’t the rare gem it used to be. In fact, most cannabis sold at dispensaries will have a THC concentration upwards of 20%, thanks to selective breeding and years of growing experience.

Today, we are spoiled with a wide variety of different sinsemilla strains at the touch of our fingers. Even still, you’ll be hard-pressed even to find weed with seeds in it these days, especially if you’re buying from a reputable dispensary.

It’s times like these where it’s nice to sit back and reflect on how far cannabis has come, not just in the sense of the quality of products but also social acceptance and progression towards removing the stigma surrounding it.

It’s only through these advancements that growers have had the flexibility and opportunity to innovate and experiment with growing and cultivation techniques to generate the products we all know and love today.

So, the next time you’re sparking up a joint, packing your pipe, or eating an edible, take the time to appreciate the people who made these different variations possible.