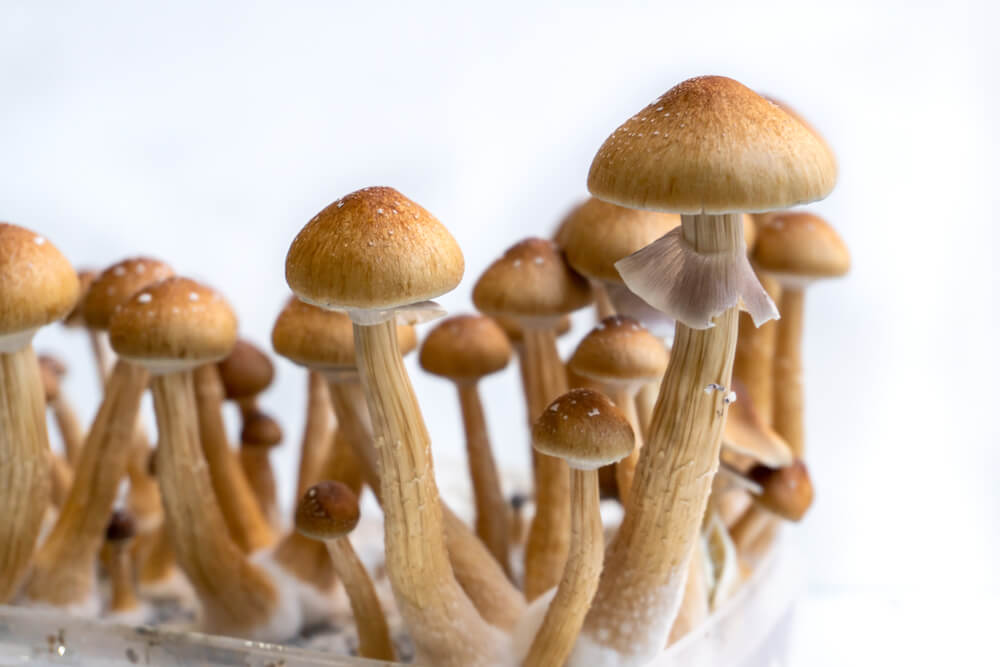 While psychedelics continue to have a controversial rep, scientific premises such as Stoned Ape Theory may provide new food for thought for those skeptical about these substances.

For the longest time, psychedelics were believed to induce craziness in a person, causing hallucinations of carpets transforming into dragons and your neighbour into a wicked old witch.

This stigma remained a long-held belief that subsequently tarnished psychedelics’ reputation. So much so, it temporarily slowed the research surrounding them to a near halt. However, these ludicrous myths have since been debunked and have relegated to a collection of fear-fueled misconceptions.

Thanks to a newfound openness and the advent of the internet, the views on psychedelics have loosened to the point where researchers have picked up where they last left off.

It’s true. The medicinal value and research behind psychedelics are promising, to say the very least. But along with this newfound openness towards psychedelics, several new schools of thought have come to popularity.

One of the most notable ones gaining traction in recent years is the Stoned Ape Theory.

This particular theory suggests that psychedelics had a more prominent role in human evolution than we initially thought. In fact, about 200,000 years ago, early humans experienced massive growth in their brainpower, a near 200 percent increase to be precise.

Evolutionary biologists and theorists can only infer what the root cause of it was. Though the Stoned Ape Theory is highly plausible given the circumstances, there is limited evidence to work from.

So, what exactly is the Stoned Ape Theory, and how does it explain humanity’s recent revolutionary cognitive expansion? To find out more, keep on reading.

What is Stoned Ape Theory?

The Stoned Ape Theory is a hypothesis founded by Terence McKenna that explains the recent rapid growth in human consciousness and mental computing power.

The Stoned Ape Theory suggests that somewhere around 200,000 years ago, early human beings stumbled across psychedelic mushrooms containing psilocybin. Not only did our early ancestors stumble across them, but they ate them and had psychedelic experiences of their own.

Furthermore, it suggests that these trips gave our early ancestors magnificent creative powers that have been the foundation of the several things we take for granted today, including language, art, and human ingenuity.

“These magic mushrooms open up the amount of information you receive. Basically, you can think of it as a contact fluid between synapsis in the brain. Wow. What a competitive advantage. Especially if you’re working with the geometry of weapons or having to put something together that will give you a better chance of survival.”

What’s more is that Terence McKenna believed that early humans regularly ingested these mushrooms to gain the upper hand in terms of obtaining resources and pushing out offspring, inferring that magic mushrooms were key proponents in the doubling of the power of the human mind.

While we don’t currently have any concrete evidence that directly links psilocybin or magic mushrooms to our evolution history, we can make the connections based on modern research in regards to psychedelic substances and their benefits to cognitive health.

The Impact of Magic Mushrooms

Psychedelics, like psilocybin mushrooms and LSD, are notorious for producing intense experiences that can alter our perceptions of consciousness. For better or for worse, these psychedelic experiences, also commonly known as “trips,” are extremely intense and can be quite taxing on the mind.

In fact, they often kick the brain into overdrive, leaving the user exhausted after. Still, this intensity and taxation on the mind aren’t without their benefits.

Based on anecdotal evidence and some limited research, an overwhelming majority of people who have tried psychedelics, such as shrooms, report a mystical or profound experience. They often describe it as supplying a sense of wonder and a lasting impression that left them with a fresh perspective on life.

Of course, this does not mean psychedelic trips are for everyone. In fact, much like other types of semi-psychedelic substances like weed, individual biology, mood, and environment can play a substantial role in shaping the entire experience.

That said, although psychedelic trips often result in a profound understanding and perspective of the world after the fact, there are times where the trip itself may be uncomfortable or unpleasant. As with many other types of mind-altering substances, the benefits can quickly turn around and become negatives when taken too far.

Aside from anecdotal evidence and personal accounts of psychedelic trips, modern research has also begun to dabble in the realm of psychedelics. Based on scientific evidence, researchers have uncovered psilocybin’s ability to ease the effects of anxiety and depression and possibly curb intense addictions like alcoholism and nicotine dependency with an impressive success rate.

As it currently stands, research is still in its infancy and has a long way to go. But for now, the results are promising.

Should You Try Psychedelics?

The psychedelic experience is an intense one filled with unpredictable sensations and thoughts. In the end, these types of experiences aren’t for the faint of heart and have the potential to permanently alter your outlook on life for better or worse.

For the most part, many accounts of personal experiences indicate trips with psilocybin to be beneficial in the long run, helping the people who have had the courage to try it achieve a heightened level of spiritual and personal growth and peace.

Ultimately, the psychedelic trip is a highly individual experience and will affect every person differently, working with your unique brain chemistry and the unique collection of memories it holds. In this way, what you experience will not necessarily be the exact same things someone else might.

As with any other mind-altering substance, there several major factors that will influence the course of your psychedelic experience, significant examples being:

The Stoned Ape hypothesis suggests that our early ancestors came across psilocybin mushrooms and ate them, speeding up the pace of human evolution and doubling our brain power in an extremely short period of time.

Of course, there is no surefire way to tell how or what caused this change. We can only speculate. However, thanks to modern research, light has been shed on the potential benefits of psilocybin and its derivatives.

Should you choose to try your hand in the realm of psychedelia, the choice is ultimately yours to make. However, we would advise, especially if it’s your first time taking shrooms, to embark on your initial journey with someone already familiar with psychedelics who knows what to expect.

This companion provides a knowledgeable resource and safety net should things take a turn towards the negative. Further still, they can act as a spirit guide to help you through the various sensations and effects you’ll experience in a safe and controlled environment.

It’s also crucial to conduct research surrounding particular dosages and recommendations for your specific physical makeup and brain chemistry to avoid potential adverse experiences. After all, knowledge is power.