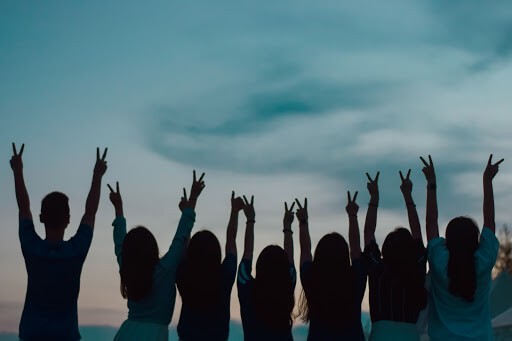 How often do you gather a group of mates to get together and smoke a joint, and all of a sudden everyone is stoned and looking at their phones? What was supposed to be a fun time enjoying each others’ company has become a dull and unfulfilling experience.

If the environment becomes like this, suggest playing weed games with this list we’ve collated for you.

But this list isn’t about cannabis games of the video game variety. If you’re interested in that you can read all about the ultimate video games to play while high here, or if neither float your boat, check out our list of other activities here.

Rather, this article focuses on marijuana games that are of the traditional kind, meaning, they help stir conversation and require you to move a tad.

So, if you’re interested in making the most of your cannabis experience with friends, here’s our list of the best weed games to play while high.

10 of the Best Weed Games 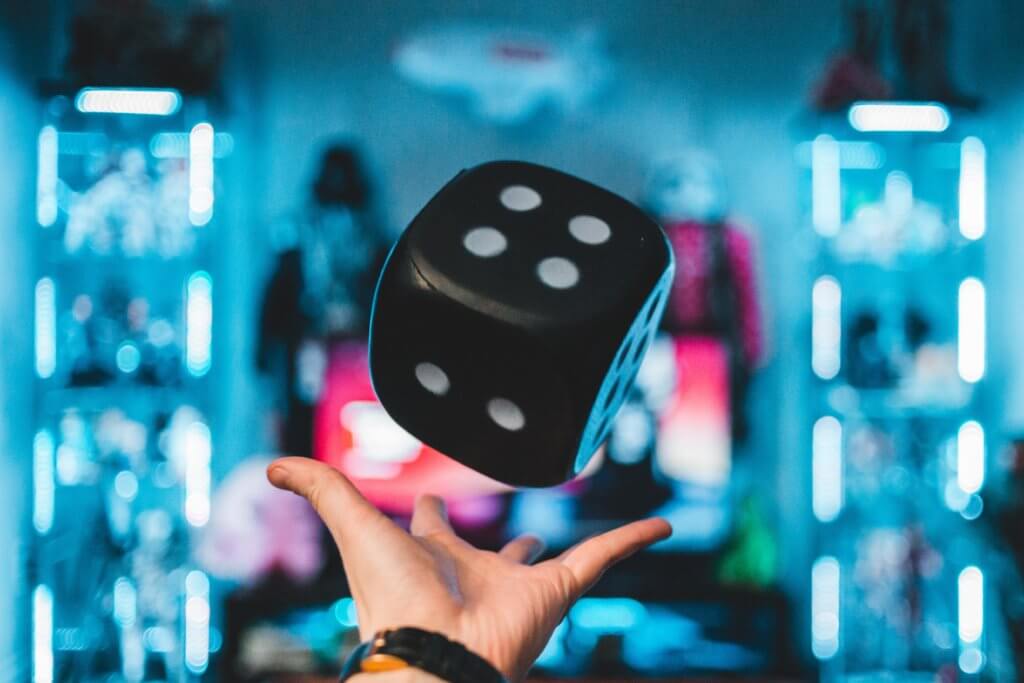 When it comes to stoner games, it doesn’t get much easier than rolling a set of 4 dice and following the instructions. Smoking Dice is best played when you want to have a good laugh and don’t want to do anything that involves too much brain power.

Not only that, but this weed game is easily purchased on Amazon. Or do a quick Google search to find hundreds of results on cannabis games.

The game is as simple as it gets. It includes 4 dice that have varying phrases and actions on it. Roll all the dice and see what comes about. You’ll get instructions such as “Pick a player to take a tiny toke then tell a joke while humming”.  Or “You take a puff then in slow motion do a dance”. The game is both fun and easy to get into.

Related Article: 12 Stoner Movies That Will Help You Think Outside The Box

Chicago is a classic marijuana game. It doesn’t require any preparation, just the ability to hold in smoke as long as possible.  While we admit this might not be the greatest for you, and holding in smoke longer doesn’t necessarily mean a better high, it sure can be fun! 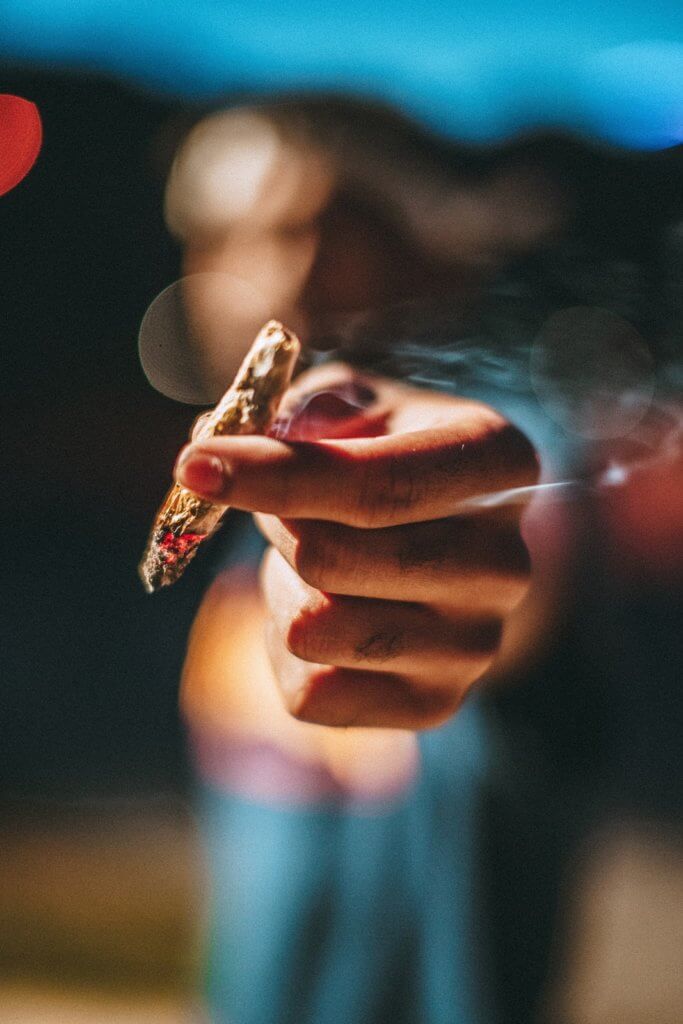 After rolling up a joint or blunt (the bigger the better), the first person fires it up and takes in a big toke. The goal is to hold in the toke and pass it off to the next person while keeping that smoke in. Hold your breath until it makes its way back around the circle to you.

Of course, you can have as many people play as you like, but any more than 4 can get a little strenuous.

A word of caution. There is always that 1 person that wants to be a wise ass and not take a toke right away. If this happens then show them a yellow card and let them know another infraction will not be tolerated!

Warning, NSFW! Now that we’ve gotten that out of the way, strip choker is a weed game that’s best played with friends that are really comfortable with each other. You could say this weed game is a modified version of Chicago, with a bit of strip poker on the side.

You can play with as many people as you like but it’s best that everyone is pretty comfortable with each other.

Start by having everyone roll a joint of their own. Once that’s all said and done, on the count of 3, everyone takes a moderately sized puff at the same time. The first one to blow smoke loses the round and has to take off a piece of clothing. Rinse and repeat until everyone’s had enough. 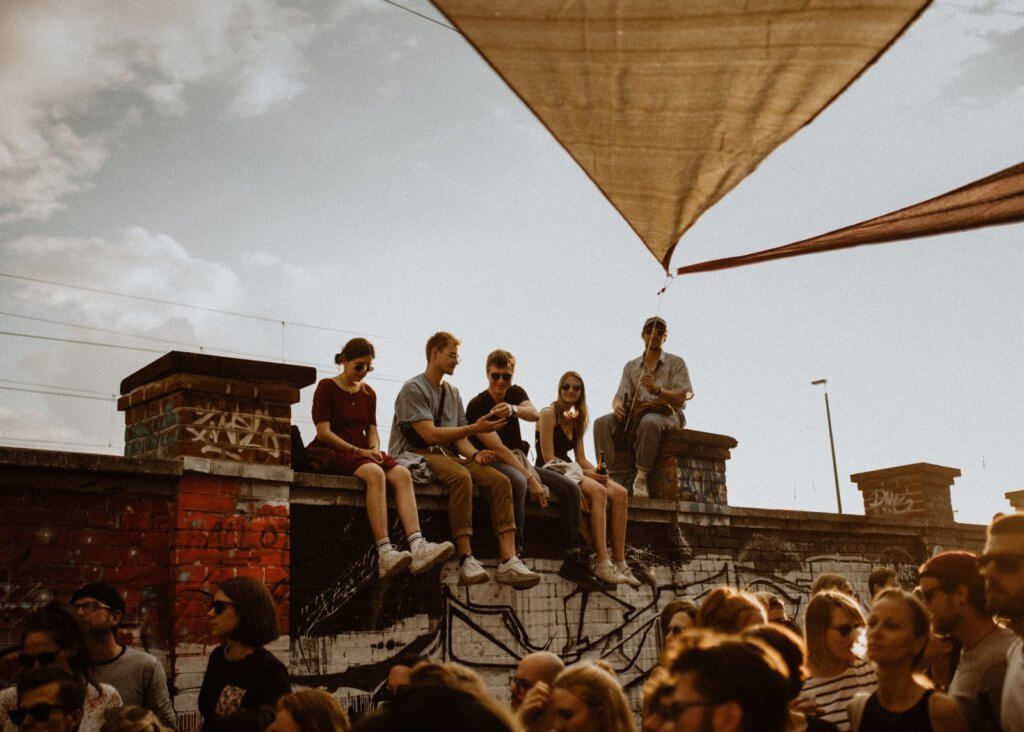 This is one of Herb Approach’s favourite weed games. All you need is a turn spinner from a board game such as Twister. Spin away and have fun!

Once you have located or purchased a spinner, modify it to have the following, or as many of these options that can fit. Select your favourites of course! You can have as many people play as you want, but we’d say 8 max is a solid limit.

The rest is pretty simple. Just spin away and do as the game spinner says!

This stoner game is pretty unique but does not require a lot to get going. Just a penny, toilet paper, toilet paper roll, a rubber band, and of course, some cannabis! In a way, it’s a bit like Jenga – you don’t want to see the game topple.

-Penny or a Dime

Start by taking the toilet paper and placing it at the top of the roll, then fastening it with the rubber band, as if you were making a sploof.

While holding in the puff, use the burning ember to place a hole around the penny in a strategic fashion. This keeps going on until 1 unlucky (or lucky) contestant makes the penny fall through.

The loser then has to complete a predetermined task or penalty. Have fun deciding what that penalty may be!

Related Article: Reading While High – Trippy and Fascinating Books for a Creative Spark 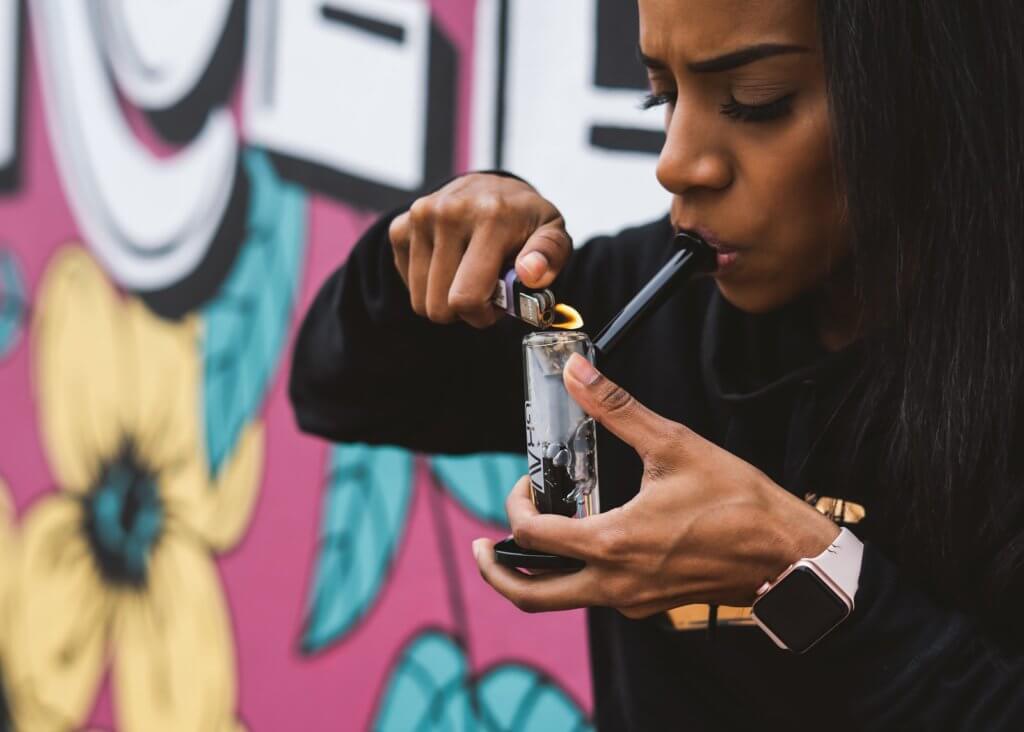 Now we don’t want to say to play this only with your smarter friends, but it helps the game out a bunch if you have some smart cookies with you. Hopefully, everybody has brushed up on their general knowledge of anything and everything. You have? Good, let’s play Canna Categories, an uber fun weed game.

Gather as many friends as you can for this one, the more the Mary. A healthy amount of weed is also best, as there’s no real end to canna categories.

Position everyone around in a circle, nice and tight, come on we’re all friends here. The first person takes a puff, from either a joint, bong or bong, just depending on what you would like to play with.

This person then takes a puff and proceeds to select a category. The next person, which would be to your left (Left is law) will then take a toke, followed by selecting a letter.

This letter will be the first letter subcategory that the next person has to come up with. For instance, we selected ‘countries’ and then the letter ‘U’, the next person would say Uruguay or Ukraine.

FREEZE, now don’t move! How long before you laugh? This game can be played at anytime a joint is being smoked, or during a session. This cannabis game doesn’t necessarily need to be announced or anything – if everyone agrees to it then games always on! Easy.

To play, you first off need to select the penalty of the next round or the recurrent penalty that will always be active. The funnier the better! When someone says “Straight-Faced Stoner” everyone must keep a straight face. The first one to crack a smile, laugh, smirk and so on, has to face the penalty!

Traffic lights require everyone to be able to count to at least 10, and a healthy amount of marijuana. Either than that, a great group of friends is all that is required for this cannabis game.

The fact that you barely need anything other than friends and weed makes Traffic Lights one of the best weed games to play.

Roll up as many joints as everyone feels like smoking. You got 8 people? Let’s roll up 16 joints to be sure. Once you’ve got the Mary Jane rolled, fire up the weed and take a puff and pass it on. The next person takes a puff and this goes on until the joint has made it back to the beginning.

Once it’s made its way around the world, the person who started will then take 2 puffs on the next go. The number keeps increasing as the turns keep going. 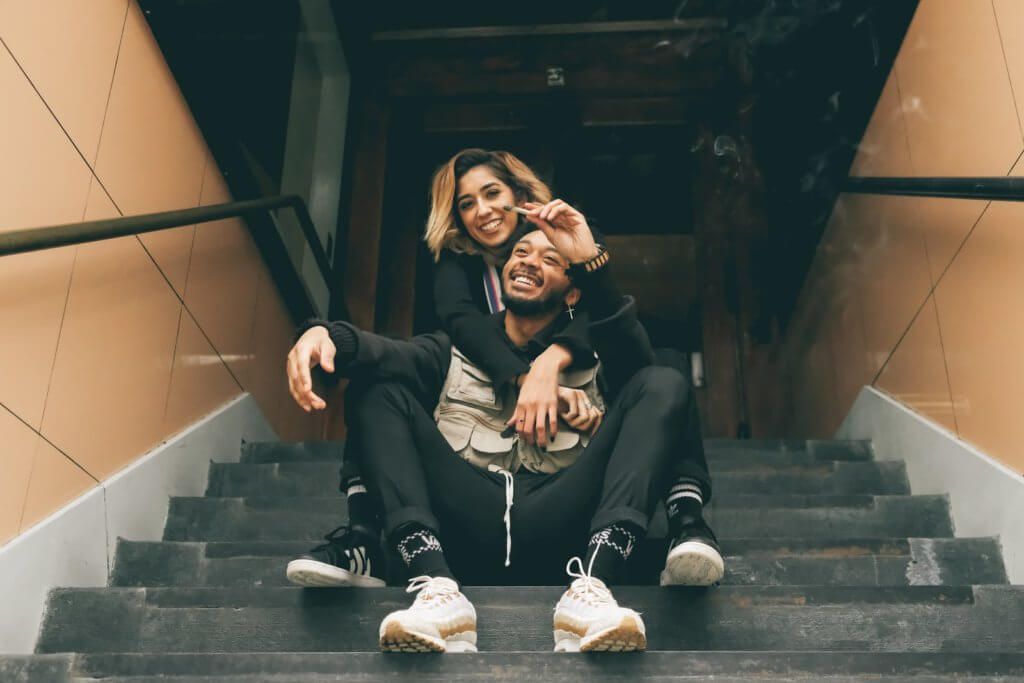 We hope you love Bob Marley, but, after this weed game you might get a bit sick of him. If you’ve ever played the game, Roxanne, while drinking some beers, it’s the same thing but with Jammin’ and cannabis!

Everybody playing has to have a joint, bong, pipe, vaporizer or a smoking apparatus of their choice. The name of the game is to take a puff every time Bob Marley says Jammin’. Which by our count is a hell of a bunch.

The last game almost ties into this, and can definitely be joined.

We left this weed game for the very end. It wouldn’t be fun to play last man standing until everyone is about ready to call it a day anyway. Basically, you’ll want to get every gram of weed you have and get it ready to be smoked.

You can get a volcano, roll blunts or joints. Don’t be afraid to grab a couple of bongs and pipes as well to spice things up.

Believe it or not, but the goal of the game is to not get smoked out. Keep smoking until you can’t smoke anymore. Don’t worry, nobody will die, but you may have a few naps taking place in your living room.

Now that you’ve got some good alternatives to endlessly scrolling your phone we hope you enjoy these weed games with your friends.

It wouldn’t be a proper session without some fun stoner games to play and pass the time!

What’s a Good Stoner Game Without a Big Bag of Weed? Nothing! Click Here for the Best Deals You Can’t Pass Up On!

All images from Unsplash 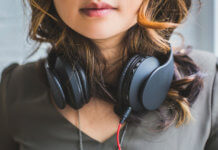 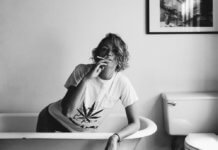