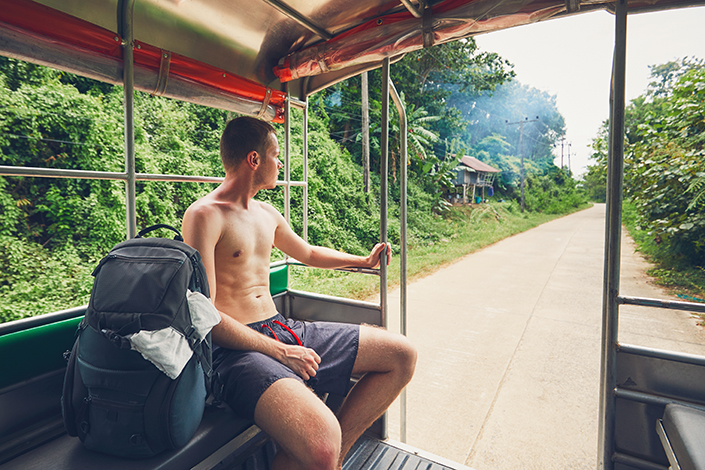 Home News Thailand Advances Initiative to Legalize Medical Cannabis and Kratom
Twitter
Google+
WhatsApp
Facebook
Thailand just moved a big step closer to legalizing the medicinal use of both cannabis and kratom. After a new initiative won unanimous support, key lawmakers are now working to review and finalize an amendment to the country’s narcotics laws. If the initiative eventually passes into law, Thailand could become the next country to make medical marijuana legal.

The primary focus of the new initiative is to make it legal for patients to use marijuana and kratom for therapeutic purposes. In order to make this happen, lawmakers will eventually need to pass an amendment to Thailand’s Narcotics Act.

And that’s exactly what a group of 44 members of the National Legislative Assembly (NLA) want to accomplish. This is the group responsible for the current proposal.

As reported by Thai news sources, the amendment being proposed includes the following changes:

The proposed amendment was formally introduced to the NLA in a recent legislative hearing. And it easily passed its first reading. Now, the initiative must move onto the next round of lawmaking.

Next up, the NLA will establish a panel of 29 lawmakers. They will review all aspects of the bill as it currently stands. The NLA estimates the review will take around 60 days to complete. From there, the bill will move into its next reading before moving on further.

Importantly, the proposal isn’t simply passing through these early rounds of legislation. It’s passing with incredibly high levels of support.

In its first reading, the NLA unanimously accepted the proposed amendment.

Further, it isn’t just politicians who have voiced strong support. The proposal also has massive popular support throughout the country.

According to Thai media, the proposal had an equally smooth passage through a public hearing. These types of hearings are required in Thailand’s constitution. On the NLA’s digital forum, 99.03 percent of people said they approve the idea of legalizing marijuana and kratom for medicinal uses.

Thailand Will Need to Figure Out Marijuana Production

Assuming that the proposal eventually passes into law, it appears that marijuana production will be one of the big challenges immediately facing the country.

Lab tests of weed that had been seized by law enforcement revealed the presence of potentially dangerous pesticides. Additionally, these tests detected the presence of heavy metals. Tests did not turn up any sign of anti-fungal chemicals.

Either way, these tests show that whatever marijuana is currently in the country is unsuitable for consumption, especially medical consumption. As a result, the country will at some point need to figure out how to develop a sustainable production infrastructure.