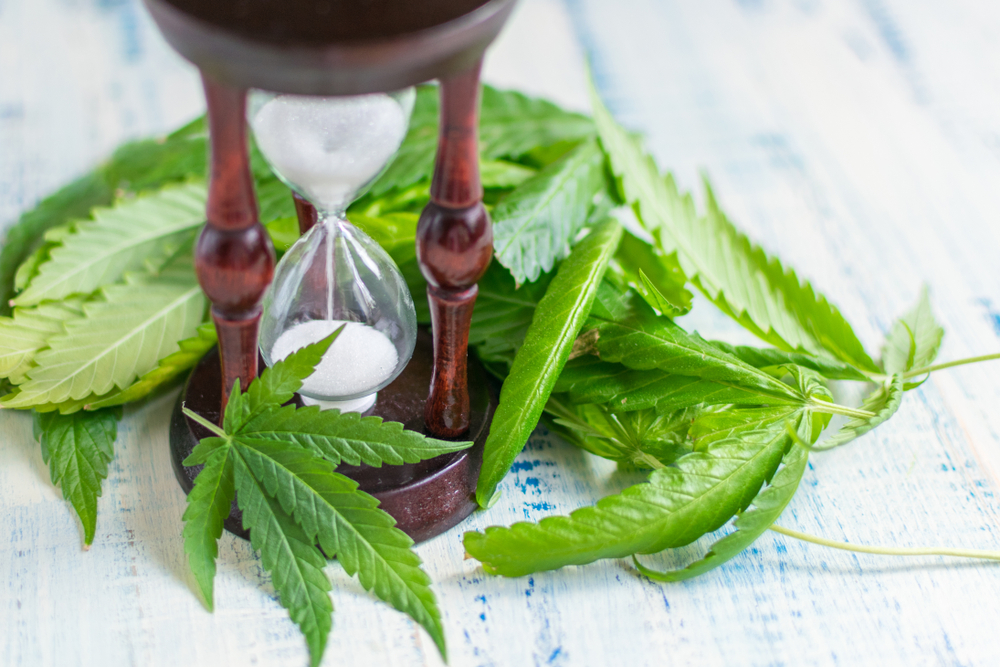 Tolerance break – Every cannabis enthusiast comes across a point and time where the highs just aren’t getting the job done like it used to.

That’s ok, we’ve all been there, and it’s perfectly normal, so you’re not alone.

Maybe it’s not even the high that’s the problem, maybe you’ve got a case of constant brain fog or a lack of motivation to hit your goals. Whatever the case may be, a tolerance break could be the potential answer to your problem.

Curious whether or not you should be taking a break from your weed? Keep on reading!

What is Tolerance Break?

The tolerance break or T break is a period of time when someone abstains from any and all use of cannabis in order to reset their tolerance and sensitivity to the cannabinoids in weed.

While there hasn’t been much empirical evidence or clinical trials regarding T breaks, it is currently the common consensus among many in the cannabis community that taking occasional breaks from your cannabis has effective and beneficial effects not only for your high, but also for your body and mind.

For many tokers, the most effective tolerance break length is at least 3 weeks. For those who consider themselves heavy users, sometimes even more time is required to get a full reset. Figuring out how long you should abstain from cannabis can be easily solved by using a tolerance break calculator.

Why Take Tolerance Breaks in the First Place?

Similar to drinking coffee or liquor, the more frequently you consume them, the more you’ll need to get the effects that you desire.

High tolerances, especially ones with cannabis don’t really show themselves upfront at first. As a matter of fact, they tend to slide in slowly without you even knowing you’ve built one in the first place. For many people, it is way later into building their tolerance that they realize it might be time to reset and put the joint down.

When the endocannabinoid receptors in your brain get exposed to excessively large or frequent amounts of cannabinoids, they become less sensitive to their interactions, resulting in a diminished or dulled high. Due to this established tolerance, every time you try to enjoy some quality bud, the effects will be less and less potent, eventually becoming so weak that you’ll need to smoke an absurd amount of weed to get a little buzz.

For that reason alone, a tolerance break is not only a smart thing to do, but also a necessary thing to do if you’re someone who enjoys their weed. In the end, a T break can help reset your tolerance, save you some money, and even clear up your mind, there really is no reason not to do it.

When to Take a Tolerance Break

There are a ton of different reasons you might want to go on a tolerance break. Here are some of the most common:

You Have Constant Brain Fog When You’re Not High

Even though sometimes cannabis can give you momentary relief when it comes to curing your brain fog, continued use may not be beneficial as a long term remedy.

In fact, the more practical option would be to take a break and allow your body and mind to recover from frequent cannabis use. After all, there’s no issue with being high every once in a while, but if you’re high all the time, then things can get a bit murky.

For the casual consumer, cannabis is a relatively cheap form of entertainment. A single purchase doesn’t really put a dent in the bank account, but when those single purchases are done dozens of times a week, they tend to add up.

When your tolerance is high, it will allow you to smoke copious amounts of cannabis effortlessly, and while it may make you look like a badass to your friends, it’ll surely put some serious dents in your bank account.

Stop Overpaying For Low-Quality Kush. Shop at Herb Approach and Save BIG on All Things Cannabis Including Indicas, Sativas, Hybrids, Edibles and Vapes!

You’ve Lost All Your Motivation

Even the best of us experience downticks every now and then, but if you’ve been out of your groove for a while and are wondering what the issue might be, you might be overconsuming your cannabis.

You Use Cannabis as a Crutch

Whether you’ve got social anxiety, or are trying to milk the creativity out of your brain, relying on anything too much has its downsides. If you can’t wrap your head around socializing or doing anything without weed, it might be a good sign to chill on the green to see how you really do with a clear mind.

Cannabis is definitely a great social lubricant and an amazing supplement for productivity and creativity, but when it’s used as a means to an end, things can go south real quick.

So you’ve built up a tolerance for yourself. Impressive, but you’re going to need a hell of a lot more weed to get you as high as your friends are getting. Sometimes you can smoke so much that you don’t even really feel the effects of cannabis anymore.

If you really can’t stand going without your weed, a short 24 hour fast from cannabis may help out just a bit, but the best way out of this is to take a full-blown break from your cannabis for at least a few weeks. It’ll be hard at times, but trust us and just fight through it, because in the end, it’ll be well worth it.

Final Thoughts on a Tolerance Break

No matter your reason to take a tolerance break, you’ll want to ensure that you’re dedicated to your goal and take a minimum of 3 weeks off to give yourself adequate time for your tolerance to fully reset.

We hope this article helped shed some light on the benefits of the occasional T break. Remember to take it easy on yourself from time to time.

Cannabis should be a healthy supplement to your daily routine and not a crutch to it.