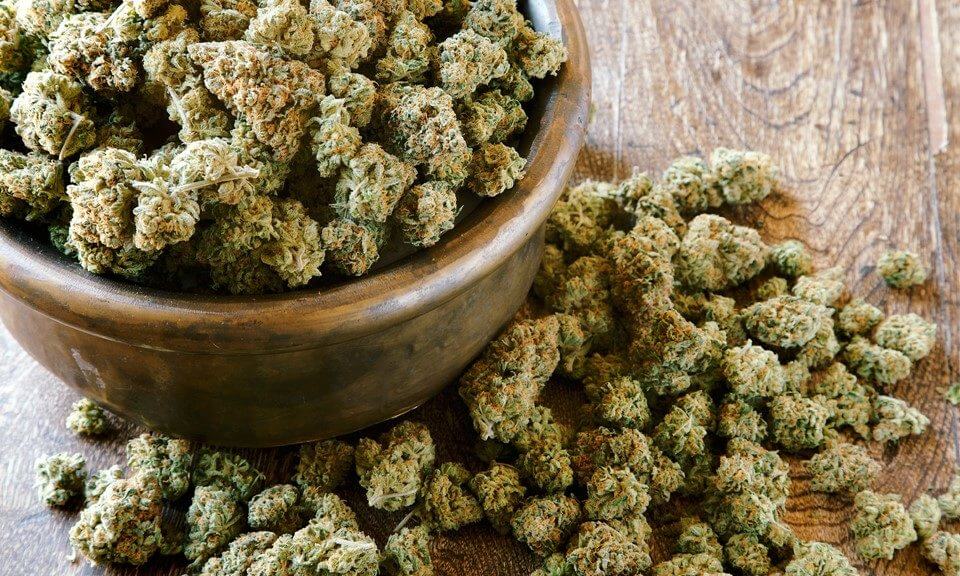 Soda and pop. Zucchini and courgettes. Eggplants and aubergines. Disregarding the linguistic differences – why are there so many funny names to describe one thing?

But, there probably exists no competitors when it comes to funny names for weed.

For a plant that has been around for as long as marijuana, its influences are wide and varied and its many names reflect the rich cultural and social history the plant has had a hand in cultivating.

One possible explanation for the many names to describe one thing is the regional and cultural origins. Take eggplants for example, whose early cultivation yielded yellow-white, oblong vegetables which led to its namesake. Or the zucchini, whose alternative name is the French contraction for “gourd.”

Ok, “gourd” is a little entertaining, but I mean, who can challenge marijuana’s prolific list of nicknames for weed?

Maybe the multiple names are one way to avoid authorities, display discretion in the face of uptight neighbours or maybe it was just fun to make up funny weed names.

Nevertheless, the old Shakespearian adage holds true: “A rose by any other name would smell as sweet.”

With the number of funny weed names that have existed globally and across time, with many persisting to today – it seems that many would agree with the English bard!

Here is a curated list of funny nicknames for weed  – grouped by the likely inspiration for their origins. 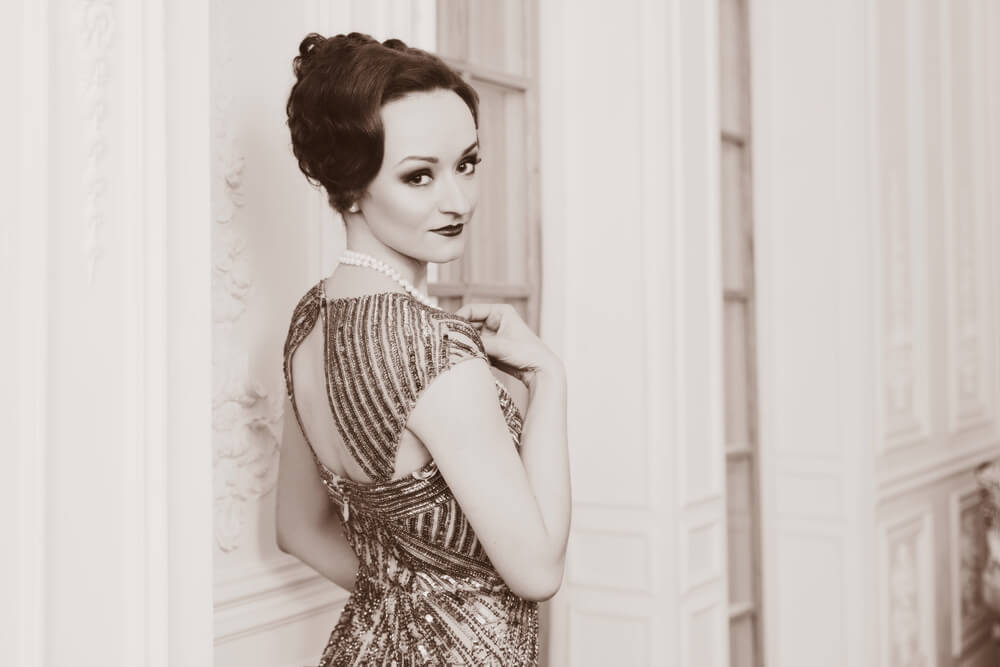 The devil’s lettuce – coined during the peak of “reefer madness” in the early American 30s as part of a campaign publicly decrying the moral dangers of marijuana.

Jazz Cabbage –  for the leaf that gets you groovin’ and jivin’.

Reefer – Sourced from the Mexican Spanish word  “grifo,” which colloquially refers to a smoker of cannabis. Over time, this was shortened to “greefo,”  which was then shortened to reefer.

Ganja – Often mistakenly associated with the Rastafarian religion (whose followers smoke the plant religiously), the term actually has Sanskrit origins.

Pot – A contraction of the Mexican Spanish drink “potación de guaya;” an alcoholic brandy or wine weed infused beverage, the slang “pot” quickly rose to prominence during the American 1930s.

Dope – Another term made popular by the misconception that smoking would turn you into a “dope” – sleepy and lazy.

Wacky Tobaccy – a discreet way to denote this unusual tobacco.

Funky Fern – because it makes you hip and offbeat!

Giggle nuggets – Green nuggets of marijuana which make you giggle, among other things. 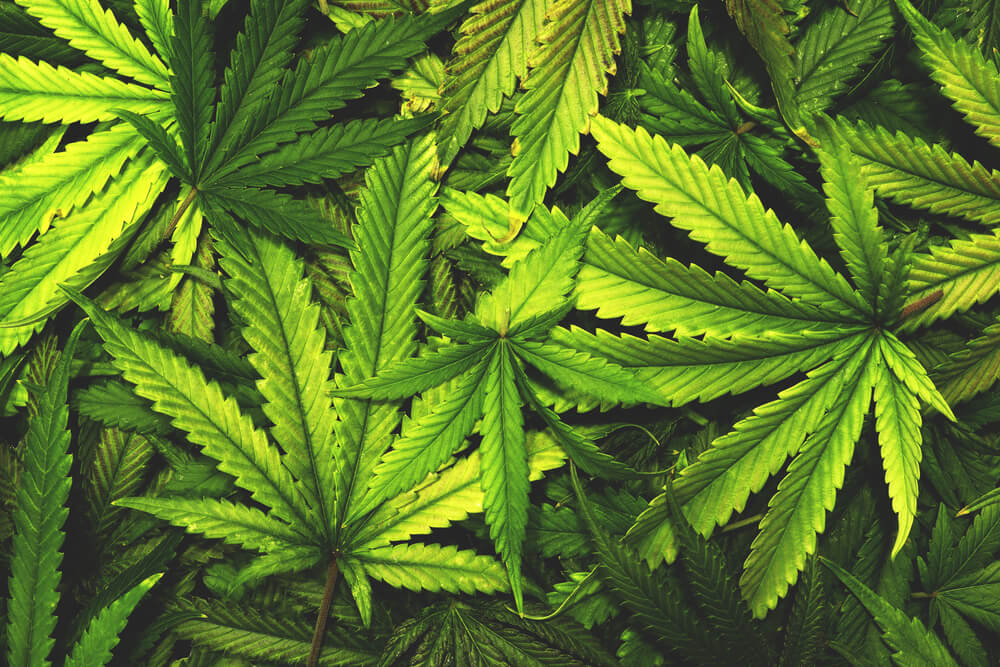 Bud – The part of the plant that is most commonly harvested for consumption.

Herb – those of us who use marijuana to alleviate a host of ailments may prefer to herb for a positive and holistic connotation.

Weed – Originally coined because of marijuana’s ease of cultivation no matter the environment and due to its cultural position as an illegal substance.

Green Gold – A recognition of the fact that great marijuana can be as good as gold (whose nuggets also resemble marijuana nuggets or “buds”).

As hilarious as these nicknames for weed are, we’ve yet to reach the peak of funny weed names. Check out these equally funny names for weed strains!

Purple Urkel – The last person you would expect to smoke a jazz cigarette – this strain’s effects will have you giggling along with “Family Matter’s” favourite funny man!

Hawaiian Space Cookies – Tropical citrus aromas along with its uplifting effects will have you feeling like you’re in Hawaii and in space!

God’s Green Crack – A divine name for a plant that is much more enjoyable and safe than the alternative!

Wedding Crasher – marijuana so tasty that it crashed a wedding? It sounds like a plausible origin story.

Island Sweet Skunk – Derived from its sweet and pungent flavour, this strain will leave you smelling as dank as a skunk and as relaxed as one relaxing on an island!

White Castle – We’re not sure why this strain was named after the famous American Fast-Food burger joint – but smoking this strain will probably make you interested in stopping by.

Jedi Kush – Unfortunately, this strain won’t give you mastery over the force or the lightsaber, but it’ll definitely get you drifting off into space!

Zombie OG – This strain technically won’t turn you into a zombie per se, but it’ll come pretty close to making you a zombie on your couch.

Grease Monkey – a slightly sweet and earthy strain, “Grease Monkey” will have you sliding right underneath your covers!

Dragon’s breath – You’re going to be exhaling some hot exhaust when you smoke this mythical strain.

AK-47 – It’s funny to name a strain after a rifle, but it makes sense if the strain packs the same punch as the Russian classic.

Love Potion #9 – This strain won’t leave you feeling amorous and kissing everything in sight as the hit song with the same namesake would have you believe – but it’ll definitely leave you relaxed.

Special K – Tokers who like to have a bowl with their bowl of cereal can now kill two birds with one stone.

Shakespeare once wrote in Romeo and Juliet, “A rose by any other name would smell as sweet.”

Do you think the same analogy can be applied to marijuana? “Weed by any other name would smell as dank!”

Although there are other things to consider when purchasing marijuana, funny names for weed certainly does make an impression.

What do you think of these funny weed names? What other nicknames for weed or weird weed names have you come across? Would you ever purchase a strain just for its funny or strange name?