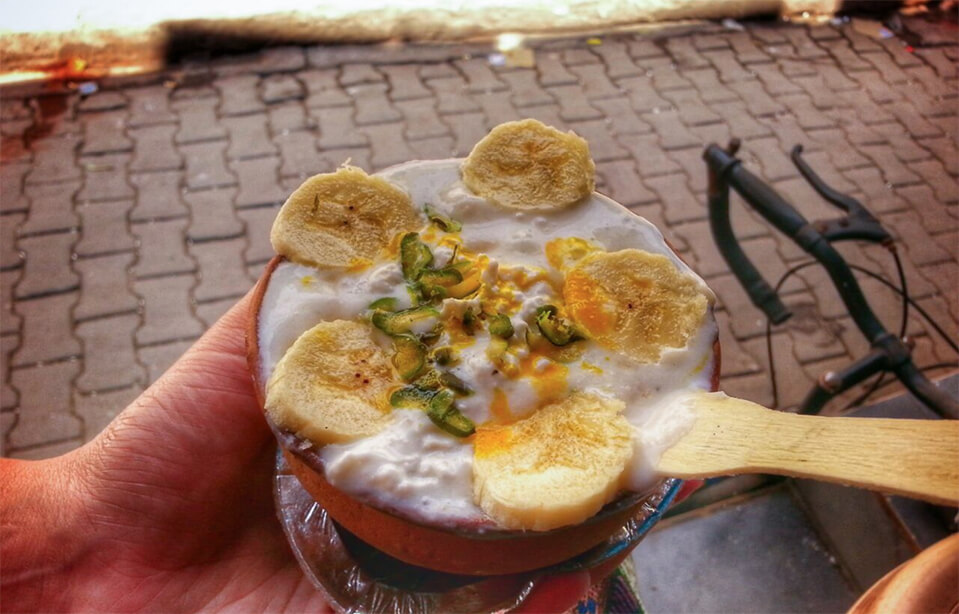 According to scriptures dating back 4000 years, the Hindu god holds an intimate relationship with cannabis, a relationship where the plant is an ally, having been there at the most crucial of times.

For instance, there’s a tale that after an argument with his wife, Shiva first discovered cannabis while sitting under a hemp tree, and after eating its leaves, he was propelled into ever more introspective problem-solving states.

In a another more heroic tale where he decided to save the world, Shiva sacrificed himself by drinking a poison, only to experience extreme agony, which bhang miraculously cured.

And the tales go on and on, describing his use of bhang to focus and meditate ever since, even achieving the title of “the Lord of Bhang”.

But it wasn’t just Shiva who continued to use cannabis as an aid, a form of harnessing divine power, but also the people of India.

Today, bhang in all of its diverse uses, from desserts, candies to weed milkshakes and teas , continues to be a cultural staple, celebrated for its historic importance and medicinal relief.

But more precisely, what is bhang and what’s a quick way of how to make bhang for our own maladies?

Related Article: What are Edibles? Guide for Dosing and Making Marijuana Edibles

What is Bhang? A Paste Used for Just About Everything

Bhang itself isn’t actually a dessert, candy, milkshake nor tea, rather it’s a paste, an essential ingredient for Hindu inspired marijuana edibles (food and drinks), made from ground cannabis buds and leaves.

And through a series of steps such as being rolled and mixed with ingredients like ghee (Indian Butter), milk, spices, nuts and a host more, bhang can result into mind-altering savory snacks or milkshakes – the most popular being bhang pakoras, bhang lassi and bhang thandai.

Thandai by itself is a traditional drink in India.

Being milk-based, mildly spicy, cold and coming in flavors like apple, papaya and mango – thandai without the bhang, is simply this tasty drink without cannabis.

For a bhang thandai drink, there are usually the ingredients of cannabis, milk, sugar, pistachios, poppy seeds (khus khus), saffron and a few more.

As for bhang lassi, this drink is more thick, having a yogurt base and resembling the high-in-fiber and flavorful parfait. In this cannabis milkshake, you’ll find honey, nuts, and an assortment of fruits, and garnishes helping it come in hundreds of different variations.

Watch the Dose Because You’ll be in for a Bhang

And given that both beverages are essentially marijuana edibles of the dairy kind, they carry just as much, if not more, concentrated cannabinoids than your typical brownie.

So if you drink in a hurry, or more than you should, you’ve likely forfeited your day to “the Lord of Bhang” Shiva himself.  Therefore, it’s best to watch your dose.

If you’re really interested as to why dairy edibles carry so much of a punch, it’s because cannabinoids, the main psychoactive ingredients in cannabis, are lipids – meaning that through the use of fats like milk, they’re easily refined and isolated.

Not to mention the process of how our biology turns THC into 11-hydroxy-metabolite.

But the highly concentrated nature of bhang lassie and thandai hasn’t stopped India from openly selling and celebrating with it during holidays like the Indian New Year (Holi), the birthday of Vishnu (Janmashtami) or the day of Shiva (Shivatri).

During such holidays, you’ll find yourself immersed in street parties that are of bhang-like proportions. Heck, even small children are given bhang candy to celebrate during these occasions.

You’ll find hundreds of government approved shops who all have the green light (we assume) to openly sell bhang treats and drinks, that is, only if their consumables are made from cannabis leaves – the only part of the cannabis plant legal in India.

However, if you’re one of the many, many who don’t have the time nor resources to make a pilgrimage out East, here’s how to make bhang thandai in a way that will have you joining the 4000 year tradition from afar.

Recipe: How to Make Bhang Thandai in 20 Minutes!

Step 1:  Add all your cannabis into the bowl. Then, add only 1 tablespoon of pistachios, almonds slices and poppy seeds to the same bowl. Lastly, add 1 tablespoon of water.

Step 2:  Mix the bowl with a spoon until the mixture is paste like, and then put the bowl to the side.

Step 3:  Take your blender, and add 1 cup of milk, 1 cup of sugar, ¼ table spoon of cardamom powder and your cannabis mixture, one at a time.

Step 5: Then, strain the blended mixture, filtering out most of the plant matter and let it chill. Another option is to place the strained liquid in the fridge/freezer.

Step 6: After the chill period, you can now pour the shake into a cup, and sprinkle your garnishes on top, such as the extra almond slices and poppy seeds.

How to Make Bhang in Hindsight

Since atleast 2000 BC, cannabis has been celebrated in India, regarded as one of the 5 most sacred plants according to historical scriptures.

And one form it continues to be consumed in, is through bhang, a paste-like ingredient made from ground cannabis leaves and buds that forms the basis for many treats and drinks.

With this article’s recipe of how to make bhang thandai, you’ll take part in a tradition almost as old as recorded history itself, but be sure to watch your dose, because it’s essentially a marijuana edible.

Also, be sure to lookout for more cannabis recipes, along with articles about its ancient, ancient use in human history. 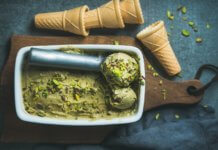 How to Make Weed Edibles – Guide for the Best Cannabis Recipes 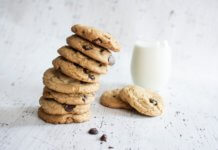 Recipe: How to Make Weed Cookies at Home in 60 minutes 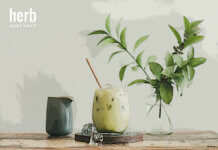