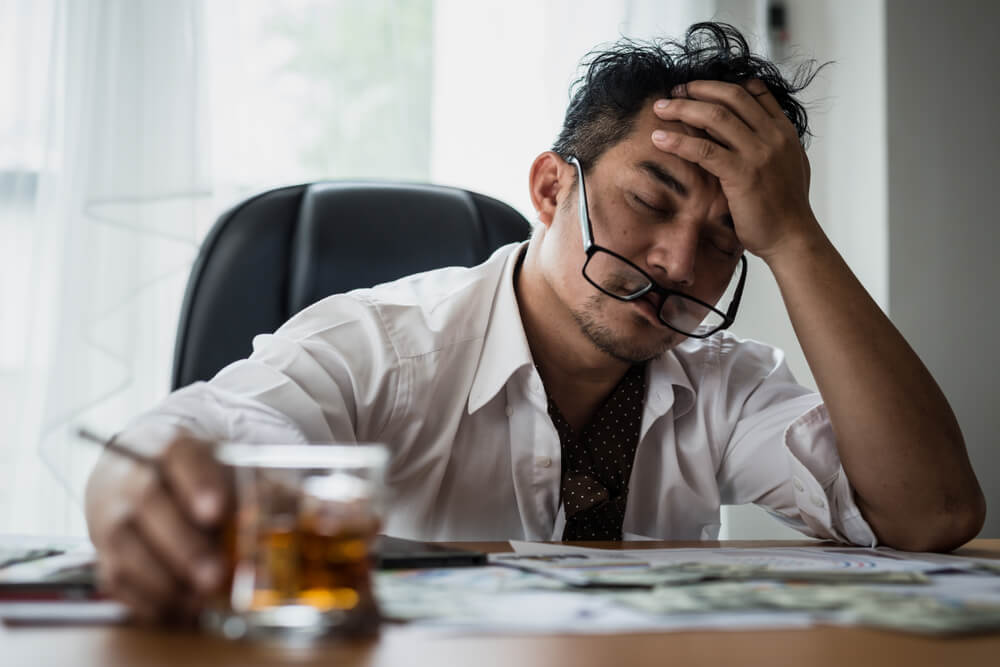 If you’re reading this then it means you definitely enjoy getting high with cannabis and are interested in getting crossfaded – combining weed with alcohol.

The term “crossfaded” might be new in your dictionary but the meaning is probably not a mystery to you.

A cross faded high is actually short and simple to define; it’s a high that results from mixing alcohol and marijuana.

Sometimes incredibly pleasant but oftentimes a state that you might want to avoid.

Of course, this depends entirely on you, what you like, and how you deal with a crossfaded high.

Today, we’ll explore what it and how it happens and most importantly of all, the do’s and don’ts of dealing with being crossfaded so you know how to survive the next time you hit the chronic and the bottle too hard!

Banking off of our previous little introduction to the subject, being crossfaded is when you’re drunk and stoned at the same time.

Which in itself, sounds like a powerful combination but one that we shouldn’t be messing with too often. While it can be nice to sip on a nice cold one while burning one down in the other hand, the results can be disastrous.

Imagine you’re high, with all of the effects (disorientation, sedation, confusion) and then combine that with being drunk.

If you can’t image that, we can tell you firsthand how it’s like.

The room is spinning and it doesn’t stop when you lie down. Your throat is incredibly parched but you’re too disoriented to get some water. You fall in and out of a dream-like consciousness and have trouble discerning reality from fiction and you have a wicked headache that just won’t quit.

To sum it up, it’s like greening out and being overly drunk at the same time.

Being crossfaded implies that you’ve crossed alcohol with weed, but it can also act as a euphemism for combining other substances (such as magic mushrooms) with weed or alcohol.

Why and How does a Crossfaded High Happen?

There aren’t many studies on the effects of mixing alcohol with marijuana, and even though there are a few out there that try to explain why crossfades happen on a chemical level, there isn’t any real data based answer we could give you.

The benefits or counter-benefits of mixing alcohol and cannabis has not been studied deeply enough and needs to be investigated further for us to arrive at a final conclusion.

However, one study suggests that when taking high doses of marijuana first and alcohol second, THC levels in the body increased.

In other words, if taken after consuming THC, alcohol can act as a catalyst for higher THC bio-availability. Consuming alcohol after smoking weed could increase the absorption of THC in the body.

When you’re suffering from a crossfaded high, the best course of action is to sleep it off. Of course, the effects can sometimes be so severe that even falling asleep can be difficult.

If that’s the case, here’s what you need to do.

This is an already proven method to lessen inebriation. Being drunk means you’ve ingested large quantities of a depressor that’s also a diuretic (makes you urinate).

Meaning you’ve consumed a lot of alcohol, you’re now drunk, and will probably have to urinate a lot from this point on.

Because of this, the body could enter a dehydrated state you’ll want to avoid.

Mixing water and alcohol by drinking a large glass of water every time you drink a glass of alcohol is a safe bet and an old drinking tip that many seasoned drinkers swear by.

Remember, it’s likely that alcohol triggers overwhelming effects of THC and not the other way around.

In our case, we’ve also had success by ingesting bread and starch before drinking, which helps our bodies deal with alcohol a lot better!

Lowering your body temperature is a good idea in any scenario where your body spikes up to temperatures above normal levels. Like when you’re running a fever and in this case, when you’re drunk.

You can do this by drinking cold glasses of water for a double whammy of re-hydrating and cooling power, or taking a damp cold towel to your forehead and neck.

Try not to over indulge if you’ve fallen into a bad episode of the munchies, because that could ultimately just make your stomach feel more upset than the alcohol has already managed to do.

However, and probably contradictory to what we just said, we’ve found that greasy and starchy foods do the trick. Our personal go-to is a street hot dog; heavy on the cheese and overindulgent on the bacon!

Should You Get Crossfaded?

A crossfaded high is the type of high you get when mixing marijuana and alcohol. It can either feel incredible or incredibly horrible.

None of the tactics discussed in this article actually STOP the crossfade, but they will help you deal with the most potent of crossfaded highs a bit better.

It’s like treating a fever, you won’t be able to make it go away instantly, but you can make it more manageable!