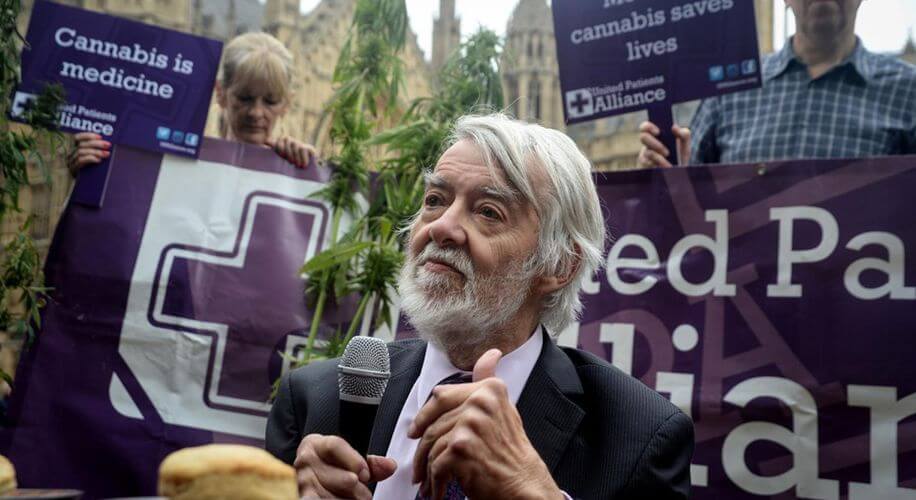 Members of the UK Parliament shouted down a proposed bill to legalize, regulate and tax adult-use cannabis. Liberal Democratic Member of Parliament and former health minister Norman Lamb introduced the bill under the House of Commons’ Ten Minute Rule. The Ten Minute Rule allows MPs who don’t traditionally have the opportunity to present legislation, to make their case for a new bill in a speech limited to just ten minutes. After the speech, the House decides whether or not to introduce the bill. And if the MP succeeds, the bill earns its first reading. But despite Lamb’s best efforts to argue for legalization, MPs opposed to cannabis bested the bill, voting 66-52 to block it.

In early November, the U.K. announced a change to its marijuana laws, rescheduling medical cannabis treatments as “Schedule 2” drugs. The change allows specialist doctors to prescribe cannabis-based products for certain patients. The move immediately sparked a conversation about the prospect of broader legalization. But top U.K. government officials denied the rule change had anything to do with legalizing adult cannabis use.

Nevertheless, calls for the end to prohibition are increasingly heard from all segments of British society. This year, a number of high-profile instances of children losing access to life-saving cannabis medications prompted massive public outcry that forced the U.K. government into action on medical cannabis. Hoping to gain a strategic advantage from the shift in public opinion and leverage the recent policy shift, MP Norman Lamb invoked the Ten Minute Rule to propose a sweeping legalization initiative. But with a majority of MPs opposed to legal cannabis, majority public support for legalization was irrelevant.

MP Lamb’s ten minute case for legalizing weed was a strong one. But it didn’t say anything we haven’t heard many times before. Lamb argued that prohibition is “cruel and inhuman,” that it diverts billions to organized crime and criminalizes young people for what amounts to a rite of passage. He highlighted the racial disparities of marijuana enforcement and pointed to the “dreadful hypocrisy” of alcohol’s legality amidst cannabis’ prohibition. Lamb made the well-worn points that legalization would free up police resources, generate needed tax revenue and protect children and teens. “This is rational, evidence-based policy-making—it’s time for this country to act on the evidence and protect children and young people from harm,” he said.

Related Story:  2 year old with epilepsy is first child in UK to be prescribed medical cannabis

By the same token, Conservative MPs dredged up timeless anti-cannabis talking points while celebrating the U.K.’s ongoing ‘war on drugs‘ as a test of the government’s resolve. MP Steve Double, an outspoken evangelical Christian, said he wanted to continue the war on drugs. “We do not win the war by raising the white flag and giving up and surrendering — no war has ever been won by surrendering,” Double said. Other Conservative MPs called cannabis a “dangerous” gateway drug. In the end, opposition to Lamb’s ten-minute-rule bill won out: 66 MPs voted nay to 52 ayes.

In a 60-second Twitter video posted just before Lamb took the floor to propose his ten minute rule bill, the MP appeals to the conscience of the U.K. people. But he also appeals to their logic. How can general practitioners freely prescribe lethal and addictive opioids for pain, Lamb asks, but not medical cannabis treatments? In the end, Lamb calls for an approach modeled on Canada’s focus on public health and generating tax revenue.