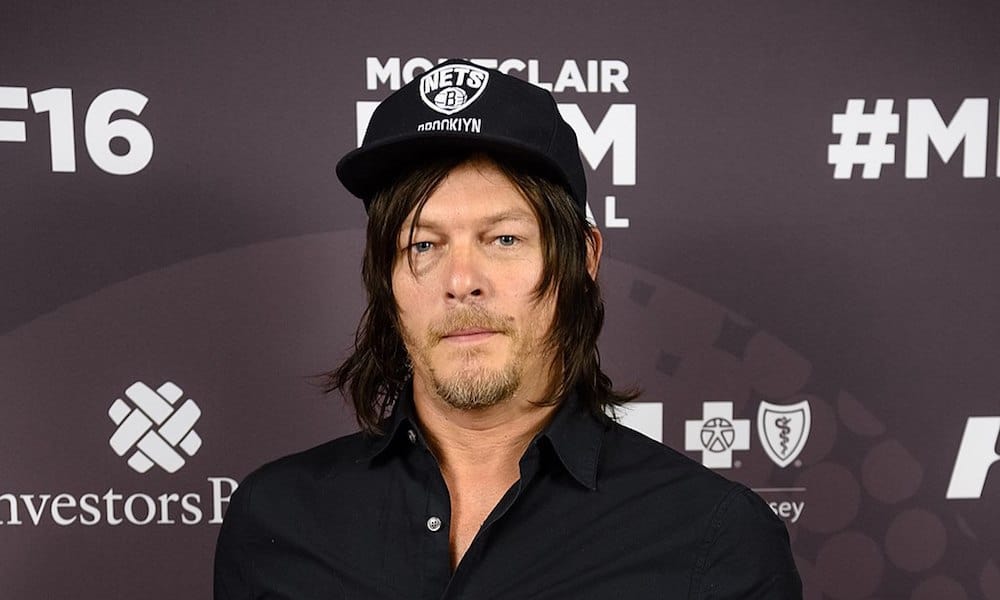 Norman Reedus, who plays the motorcycle-riding, crossbow-wielding badass Daryl Dixon in AMC’s television series The Walking Dead, is kickstarting his second fundraising drive for children who use medical cannabis. After raising money for pediatric cancer patients with the CannaKids organization in early 2017, Reedus is now collecting donations for another non-profit, Saving Sophie, that works with children and adult cancer and epilepsy patients who use medical cannabis.

Running through the end of November, Saving Sophie is holding a fundraising raffle for The Walking Dead memorabilia signed by Norman Reedus. Each raffle ticket costs a minimum of $5, but participants can donate as much as they would like. Saving Sophie plans to use the money to enroll more patients in their medical cannabis research program and to expand pediatric and adult cancer research at a southern California university (TBA). Currently, Saving Sophie’s research team has 4 children and 4 adults enrolled in their cancer study. These 8 cancer patients use cannabinoid therapies alongside doctor-prescribed treatments like radiation and chemotherapy. The organization is raising funds to enroll more patients into the research program.

Saving Sophie got its start thanks to the efforts of the parents of Sophie Ryan, a pediatric cancer patient diagnosed with a glioma brain tumor when she was eight years old. Sophie’s parents created a Facebook page about their daughter’s condition, which prompted a friend to introduce them to Ricki Lake, who at the time, along with filmmaker Abby Epstein, was in the middle of shooting their just-released documentary Weed The People. The filmmakers introduced Sophie’s parents to the possibility of non-toxic cannabinoid treatments, and they decided to try them alongside Sophie’s chemotherapy.

Some pioneering studies have already demonstrated the effectiveness of THC, CBD and other cannabinoid treatments for patients with glioblastoma, the type of brain cancer from which Sophie suffered. Furthermore, a worlds-first clinical trial will soon begin in Australia that will specifically investigate the use of medical cannabis alongside traditional brain cancer treatments. Indeed, Sophie’s own results attest to the immense therapeutic benefits of the combination. With cannabis oil and chemotherapy combined, Sophie’s tumor shrunk by 90 percent.

In many places, the issue of granting minors, especially young children, access to medical cannabis is fraught with controversy. There have been debates over whether or not pediatric patients should be allowed to have and take their medical cannabis at school. And debates about whether and where and how parents can obtain medical cannabis. Too often, parents have to take extreme and illegal measures to provide their children with needed medicine.

Using his celebrity status, Norman Reedus can make an impact on the conversation. And his commitment to fundraising for organizations that work with pediatric cancer patients can only help toward efforts to bring the issue the attention it deserves. Reedus generated a ton of love and support for CannaKids when he got behind a similar fundraiser for them in 2017. Without doubt, his latest call to action is going to do the same for Saving Sophie. Fans know: there’s nothing not to like about this guy!