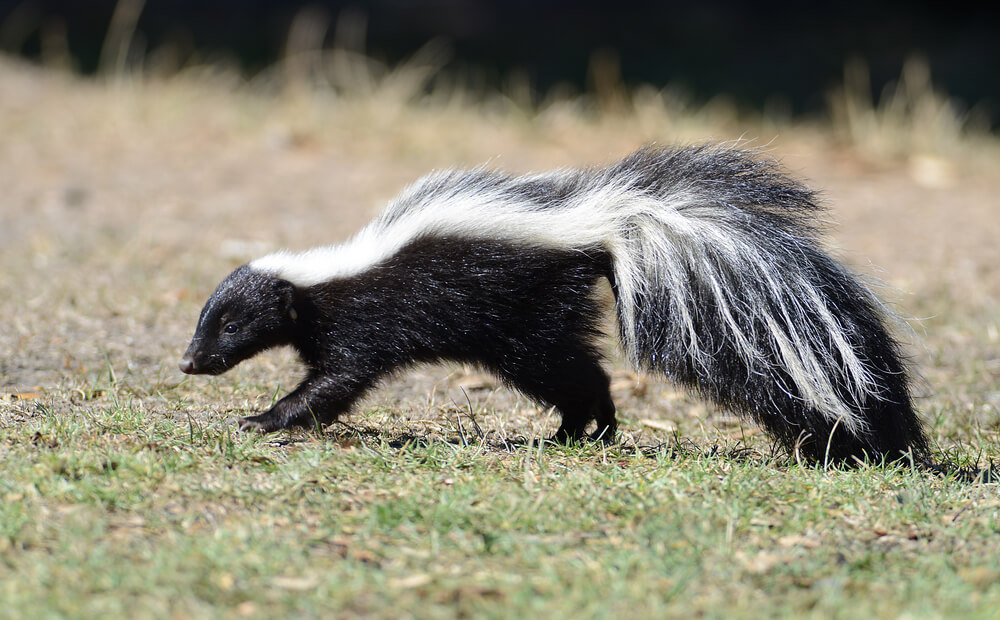 Skunk weed doesn’t sound like something you’d want to smoke, but believe us when we tell you it’s some of the best weed around.

For almost as long as it’s been around, the cannabis community has been coming up with many names to describe their favourite strains and weed products. The “good good,” “top shelf,” and even just plain ol’ “kush” have all been used by stoners and tokers to describe their flower of choice, but what about skunk weed?

Although it’s fallen out of vogue now, the term “skunk weed” was once used to describe some serious of the weed world’s best strains. Sometimes, you can still hear this strain being used today in some smoking and weed-growing circles.

While encounters with skunks of the animal variety can lead to a stinky situation, skunk weed is one stinky subject you’re going to want to get your hands on!

What is Skunk Weed?

Skunk weed is a term that has two different definitions, depending on who you’re asking.

Generally, the term is used to describe weed that’s incredibly pungent and/or powerful. You may hear budtenders or tokers describe a strain’s aroma as “skunky,” which points to that specific strain’s strong and powerful odour.

However, the origins of skunk weed, and the reason why people call strong and smelly strains “skunky” is actually quite an interesting one.

First, the history of skunk weed is a long and storied one. The origins of skunk weed actually began in the American state of California in the 1970s.

At the time, cultivators were experimenting with crossbreeding landrace strains from around the world. Afghani, Indian and South American strains such as Afghan Kush, Hindu Kush, and Acapulco Gold were all bred together with California-made strains to make new and exciting hybrids.

These new strains were unlike any weed growers at the time recognized. Their effects were potent, their taste was exotic, and the smell was incredibly smelly and pungent.

After much deliberation, the community decided to name these new cannabis cultivars “skunk weed” to let the public what their new invention brought to the table.

The first skunk weed strain was bred by David Watson, who created a specific program using recurrent mass selection and pedigree breeding to create this potent and pungent strain. With Afghani, Acapulco Gold, and Colombian Gold landrace strains in their genetics, the Skunk #1 strain was bred to be a winner. In 1988, just a few years after it was created, the strain would go on to win the 1988 Cannabis Cup award for Cultivator’s Choice.

While dank weed will smell incredibly aromatic due to the high amount of terpenes present within the bud, great smelling weed doesn’t always mean high quality.

The aroma of a certain strain may be aromatic and enticing but its burn quality, cannabinoid content and overall freshness matter much more.

Weed that has been cured, dried, or stored improperly will actually degrade slowly. The potency, aroma, and terpene content will be less than stellar.

RELATED: How To Keep Weed Fresh: Best Ways To Store and Preserve Your Weed

Additionally, what makes good weed, “good weed” will differ from person to person. A toker who’s after interesting tastes and great flavours will be looking for a high terpene count. Conversely, a medicinal smoker looking for a strain to use as their daily nightcap will prefer a strain with a higher THC content.

At the end of the day, everybody’s tastes will be different. Skunk weed won’t always mean a great experience for everyone. It’s important to pick out a strain that works best for your needs and objectives.

How to Identify Skunky Weed

Remember how we said the original Skunk #1 strain was the first of its kind? Today, you can find Skunk #1 genetics many different hybrids. Its legendary genetics, potency, and flavour were just too good to pass up.

After its creation, other cultivators took it upon themselves to integrate its genetics into many of their own strains, continually expanding the skunky weed family!

Eager to sample some of that special skunk weed yourself? Well, you’re in luck. The easiest way to identify skunky weed is to simply look up which strains have “skunk” in them. Many online dispensaries will carry descendants strains from the original Skunk #1 or strains inspired by it.

Some popular examples include:

If you like to buy weed online, you can also just add your budtender which strains are particularly pungent or skunky. Strains that have “cheese” in them are usually close cousins of skunky strains and will deliver a similar flavour and experience.

The Secret Behind Skunky Weed Revealed

The term ‘skunk’ isn’t likely to evoke too many positive feelings but when it comes to weed, it could just indicate some real quality stuff!

While many cultivators and growing circles may use the skunky adjective in the context of growing weed, it’s much more widely used today to just describe great kush. However, as we’ve learned above, skunky weed does not always mean quality weed!

At the end of the day, what defines good weed will be different for everyone. After all, not everybody will enjoy the pungent, diesel-like flavour of gassy strains like Sour Diesel. It wouldn’t be fair to assume everyone will enjoy skunky strains, either!

With that being said, skunky weed is definitely worth a try. Now that you know what it is, try picking up a gram or two the next time you buy weed online! You never know, it might just be your next favourite!