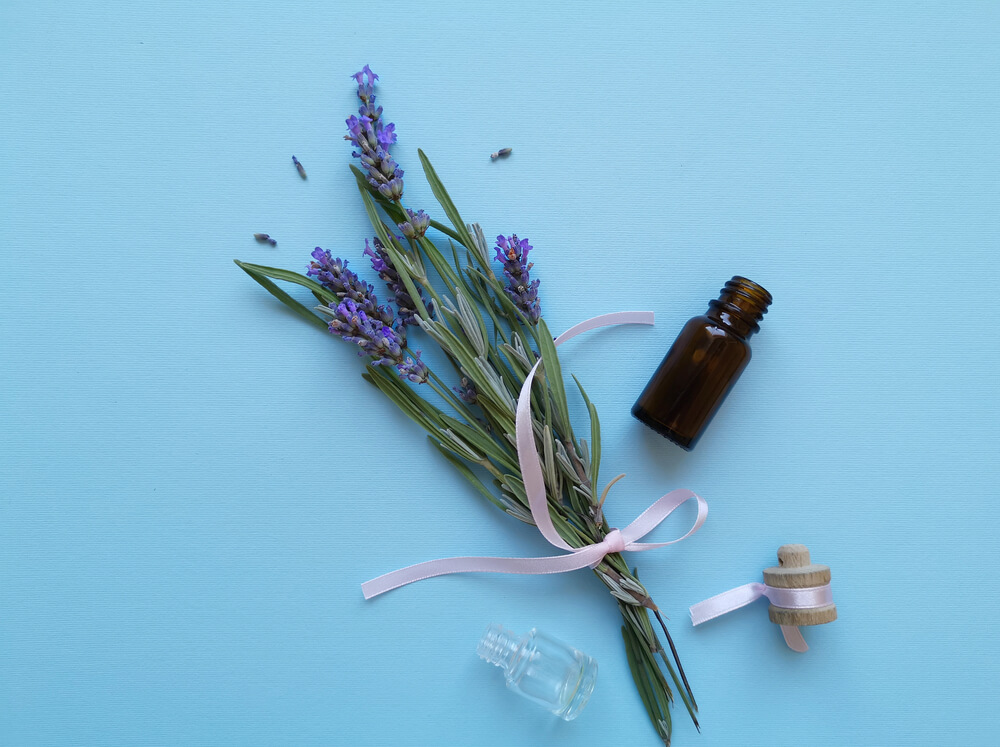 These types of smell compounds, also known as terpenes, are naturally occurring and found are the result of a genetic adaptation to fight against insects. However, these compounds could also be responsible for effects in cannabis!

Linalool, which is closely related to linalyl acetate, is a natural chemical found in nature and essential oils. It’s a terpene produced by plants throughout the world and is one of the many cannabis terpenes found widely in the cannabis world.

Terpenes produce an aroma and have other far-reaching health and therapeutic impacts. Cannabis flowers and others produce this terpene, which is often extracted to produce essential oils, such as lavender oil.

Beyond just smelling great, linalool may also contribute to your overall high and the therapeutic effects of cannabis. But what does this terpene actually smell like?

The best way to describe it is lavender.

If you’ve ever walked through a field of lavender, this is likely a memory that the scent of bud with linalool can create in your mind. This familiar scent is also found in numerous health and home products.

Human bodies rapidly process linalool. Our systems move these compounds through us quickly without much effort.

This is why even large amounts of this terpene are safe for humans to ingest. It is an organic, non-toxic compound that has potential therapeutic benefits.

Technically, this terpene describes two compounds that are mirrored-images of one another.

The two compounds are R-linalool and S-linalool, commonly called licaerol and coriandrol, respectively.

While they are similar, the two compounds smell a little bit different and have slightly different impacts. R-linalool is soothing like lavender while S-linalool is pleasant like coriander.

Where Does Linalool Come From?

Linalool is common in the plant kingdom. There are over 200 different plants that produce linalool naturally. A few examples include rosewood, thyme, basil, birch trees, and jasmine.

This terpene’s commonality in our food supply is why the average person consumes about 2-grams of it per year. This makes us wonder how much linalool the average indica-smoker consumes each year?

Two strains of cannabis that produce high amounts of linalool include Master Kush and OG Shark. These are two wonderfully strains with sedative effects that many cannabis patients seek.

Within the plant kingdom, this compound was developed as part of the battle against insects. The compound is used by plants as an internal insecticide. This naturally occurring terpene is known to be able to kill fleas, cockroaches, and fruit flies. As a safe compound that does not harm the environment, it is one that many pest control specialists utilize.

The metabolic pathway that developed this terpene is shared by the linalool-producing plants. This implies a shared lineage for these plants way back in time when it was developed to fight insects and clearly had a beneficial effect, like the over 200 plants that produce it can prove.

Beyond use as a pesticide, linalool is found in myriad soaps, perfumes, and other homecare products due to its calming and soothing scent.

These benefits were found to be related to the anti-inflammatory effects of linalool.

Another study performed on mice found that linalool was able to help reduce inflammation in the lungs. Among the other bioactivities noted in this study include anti-nociception uses.

This is a fancy way of talking about the neurological signals that go from the body to the brain to indicate pain or threats. This may also be why linalool has potential for the treatment of anxiety conditions. At least in mice.

Sadly, we need much more research to understand the safety and therapeutic properties of this terpene that may apply to the human body. With more studies and evidence around therapeutic uses of linalool, we may see it added as a treatment option to address certain disease activity.

Pure linalool produces no psychoactivity. And so, on its own, linalool does not produce a high.

If you’ve ever used homecare products with linalool, you may have noticed that this calming scent has a lovely relaxation-producing effect. And so, it is not surprising to see linalool in night-time home products.

Linalool has a boiling point of 388°F or 198°C, which is good to know if you’re vaping weed and want to set the right temperature to preserve this and other terpenes.

Speaking of cannabis, let us start talking about the wonderful impact of combining linalool in bud. Linalool is not only found in essential oils, but it is a primary terpene found in cannabis.

Both of the subtypes of this terpene, licaerol and coriandrol, are found inside the cannabis plant. While we do not see these two types listed separately, maybe we will in the future. It could be important because licaerol appears to be the most soothing of the two.

One of the major issues in the debate around the effects of terpenes in cannabis relates to concentration.

Some terpenes such as Nerodiol are only present in absolutely tiny amounts, far less than would be needed to produce a noticeable effect beyond just scent. Linalool is one of the terpenes found in higher concentrations in the bud.

This is lucky for us, as it appears that this terpene does more in addition to smelling great.

The properties of linalool appear to contribute to the effects of THC, meaning that linalool’s presence may be nearly as important as the THC %, or potency.

It could also explain why some weed produces more of a head-high than other strains with higher THC levels. It may also explain why those seeking anti-inflammatory effects love strains high in linalool.

The properties of linalool when packed inside a CBD product is another area we must study further.

There may be benefits such as anti-oxide and anti-stress activity aided by using linalool in a CBD oil or other products. Beyond adding a pleasant aroma, the use of this terpene with CBD may create products that serve a better role in the treatment of conditions like anxiety, chronic pain, and stress.

Linalool is also commonly associated with strains of weed that produce a more sedative effect. These relaxing couch-lock and brain-settling effects are very familiar with indica strain fans.

It is not surprising to hear that indica strains tend to have this terpene is higher concentrations than sativa strains. Individuals have reported that strains with linalool contribute to the benefits of medical cannabis. This includes specific identified disease treatment, as well as reducing pain, anxiety, and stress.

In summary, we learned that linalyl acetate, or linalool, can help add some anti-inflammatory kick to your cannabis strains.

Delightfully smelling, soothing, and relaxing, you now understand how and why this terpene can be used beyond household cleaning products and your aunt’s essential oil collection.

Don’t believe the hype or the research we’ve conducted? Try out some of our recommended linalool strains, and let us know what you think! The results might just end up surprising you!