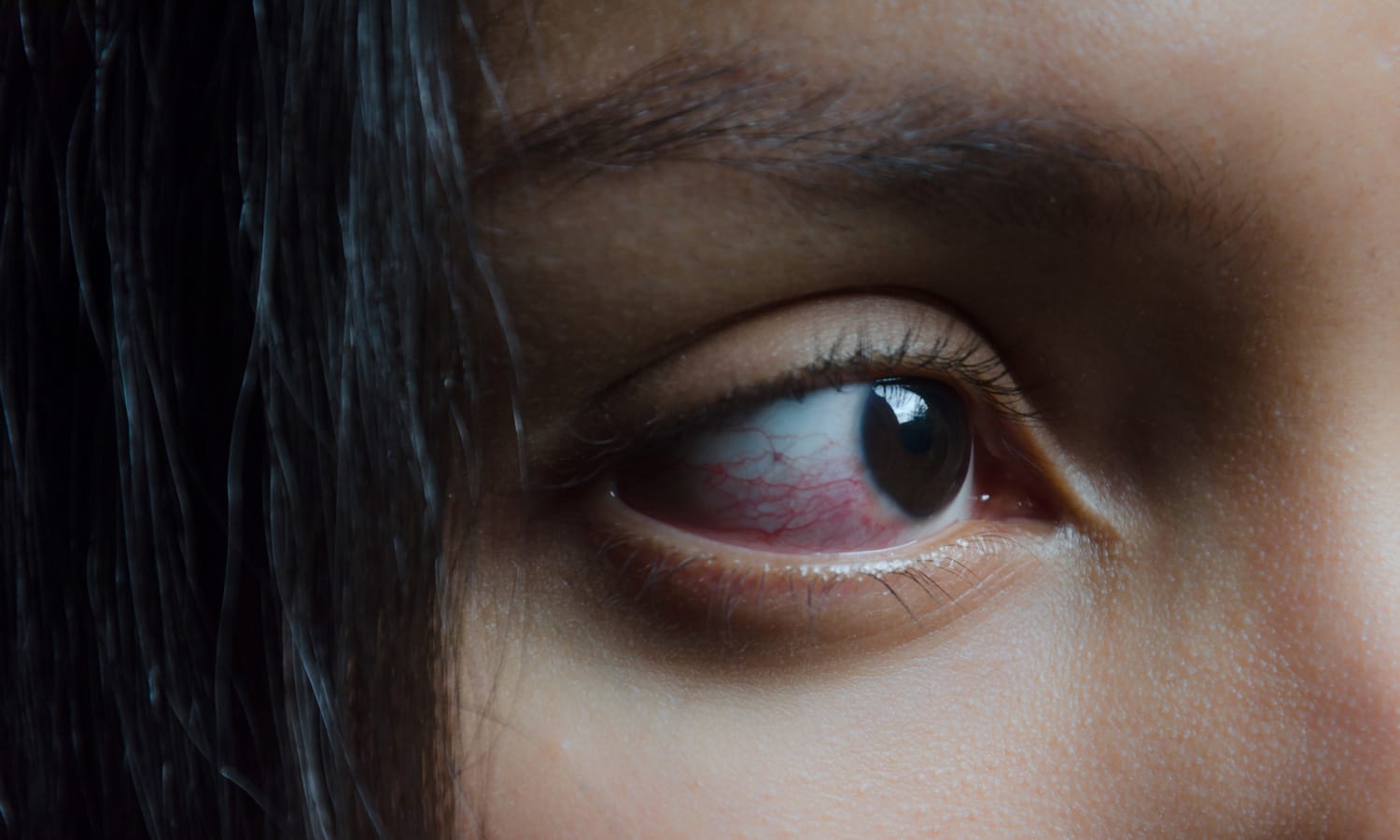 If you’ve ever smoked weed, you know that the drug has a tendency to make your eyes red and bloodshot. That’s because THC—the active chemical in cannabis that produces the high—binds to receptors in the eye called CB1 receptors. However, as it turns out, smoking weed isn’t the only way to make your eyes turn red. Red eye is also a common side effect of drinking alcohol.

When alcohol enters your bloodstream, it breaks down into acetaldehyde. A chemical that is toxic at high levels and has been linked to cancer when consumed at excessive levels over time. Acetaldehyde will begin breaking down into acetate once it hits your blood. It can cause some interesting effects on your appearance.

As a result, when acetaldehyde builds up in one part of your body like your blood stream. It causes those areas to turn red just as if you ingested large amounts of alcohol.

What Exactly is Acetaldehyde?

Acetaldehyde is a type of chemical called a “aldehide” and is a sub-type of aldehydes. Which are a group of organic compounds that often have a pungent odor. Since acetaldehyde is a derivative of ethanol, it shares some similar properties with alcohol. Specifically, it is highly toxic and flammable.

Acetaldehyde is produced naturally as a byproduct of alcohol metabolism in the liver and broken down into acetate eventually. However, when you consume excessive amounts of alcohol, the acetaldehyde can build up in one part of your body, like your blood stream or your eyes, and cause those areas to turn red. The impact of excess alcohol consumption on the eye will be discussed more in the next section.

Why does Weed make your Eyes Red?

It’s a completely natural occurrence that transpires after smoking cannabis.

blood pressure lowers when smoking cannabis, which in turn causes blood vessels and capillaries to dilate. Ocular capillaries dilate, increasing blood flow to the eyes and reducing pressure in the eye, called intraocular pressure. The increase in blood flow creates eye redness The increased blood flow to your eyeball causes the red appearance

The corresponding decrease in eye pressure is the benefit that glaucoma patients seek. Red eyes can still occur even without smoke, such as when eating edibles . It’s not the smoke that makes your eyes red, but the THC.

Why Don’t We See This Effect More Often?

Although both acetaldehyde and alcohol are toxic and flammable, there are a couple of factors that come into play to explain why we rarely see the red eye effect from non-alcoholic beverages like coffee or tea.

First, these drinks are not nearly as toxic as alcohol and do not produce as significant of an effect on the blood flow to the eyes. In addition, the flammability of acetaldehyde decreases as the concentration in the blood stream decreases. The two most common ways people consume alcohol—through drinking or smoking—are very different.

When people smoke cannabis, it takes longer for the THC to travel through the lungs and into the bloodstream.

As a result, drinking alcohol is more likely to cause the red eye effect because it is distributed throughout your body quicker than drinking coffee or smoking weed.

How to get Rid of Red Eyes from Marijuana

There is no medical treatment for the red eye effect from weed or alcohol. The redness from these chemicals is only temporary and will likely disappear in a few hours.

In the meantime, there are some things you can do to get rid of the red eye faster, such as: Avoid direct sunlight: Sunlight can exacerbate the red eye effect and make it last longer.

Use eye drops: It is recommended to use eye drops to restore the pH level of your eyes.

Check out some more of our Educational Articles

The most common way people experience this effect is cannabis induced eye redness, which has a higher risk of building up excess acetaldehyde. Since drinking alcohol is more likely to cause the red eye effect, it is recommended to avoid drinking before going out in public. Aside from the entertainment factor, there is no real harm in experiencing the red eye effect.