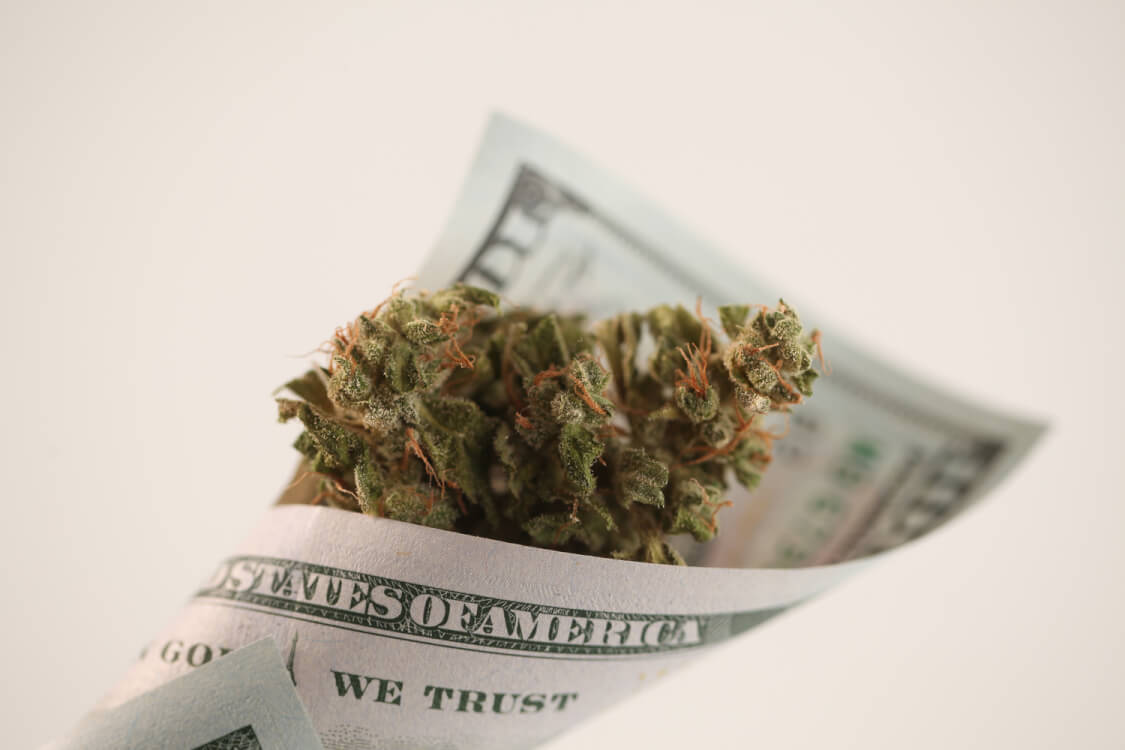 Canada’s cannabis economy is thriving and enjoying an explosion that can only be classified as “expected”. However, what’s surprising is that licensed producers are only enjoying a MINORITY of the lion’s share of revenue, even after almost a full year since the wake of legalization.

This means many things — one being that consumers are shying away from LP’s and enlisting the grey market as their go-to source.

Dispensaries Like MJN Express Are Experiencing An Explosion In Business

For online MOM (mail order marijuana) companies like MJN Express, the government’s missteps of cannabis legalization have resulted in nothing short of a boom for the sales of their cowboy competitors.

And it’s because of their quality cannabis products, excellent customer service and knack for providing a wide array of craft cannabis edibles and concentrates that the legal market is restricted from selling.

But, as we’ve seen in states such as Colorado, California and Washington, who legalized both their recreational and medicinal markets as far back as 2012, the legal market will eventually gain ground. But just how much ground will it take?

Or in other words…

Will the legal market completely engulf grey market MOM companies like MJN Express? Or is there a fighting chance for those working in the greyer side of operations?

Read further as we breakdown the reasons why legal marketing is gaining ground, and whether grey and black market companies like MJN Express will survive!

There are a number of reasons touted as being the end-all, be-all for grey and black market cannabis sources, however, they aren’t all created equal. Some are pure speculation, fear-mongering and rumour, while others are based on rational research.

Based on our own efforts, we’ve collected the most evidence-supported reasons why the legal market will take over MOMs like MJN Express.

Prior to legalization, the only option for cannabis was from illegal or black market sources. And yet, during this time, there were plenty of dispensaries operating in cities across the country — albeit of the cowboy variety.

But now, the landscape has vastly changed.

StatsCan recently issued a report on May 2nd, 2019, detailing the increase in purchases being made from legal outlets.

So, who knows how big of a pie legal purchases will eventually take. Many think as much as 90 percent, while others are more conservative, settling on 70 percent of total cannabis sales. Either way, the number is going up, up, up and illegal sales from MJN Express and others are going down, down, down.

2. Issues after legalization were not only logistical but supply as well

Faced with a myriad of logistical and supply issues, the transition to legal cannabis has not been smooth sailing. And the lack of supply was touted as one major reason why.

But, more recent research is putting this reason on its head. Instead, supply issues after legalization were because of logistics!

You see, supply is about the abundance of a product, while logistics is about the efficient transporting and inventory management of that product from producers to the shelves of retail stores.

And with any infant industry, efficient transporting and inventory control is bound to be an issue at the get-go. This, however, is only temporary, and are beginning to be solved.

Once solved, that is, improved and streamlined, the shelves of cannabis retail stores will be more than ready to serve the millions of cannabis consumers. And in ways umpteen times better than before, leaving dispensaries like MJN Express out to dry.

Scotia Bank had a busy year. Not only are they a major banking conglomerate, but they put serious brainpower to work on carrying out industry statistics, with marijuana consumption being one of them.

One of the most surprising stats they’ve released is a staggering 71 percent of cannabis purchases in Canada were made from an illegal source in 2018!

But 2018 consisted of only 4 months of legal cannabis, along with logistics issues. On top of this, the megabank projects 71 percent will come crashing down to 31 percent as soon as 2020.

So, yes, even the big suits say that dispensaries like MJN Express don’t stand a chance!

4. Look what happened in Colorado!

Colorado’s enjoying a steady increase in the purchase of legal cannabis. Statistics show the first year of legal cannabis sales were $683 million USD in 2014. That has now jumped to 1.5 Billion USD, and will only rise.

A driving contributor to legal sales are the benefits from the distribution of earned tax revenue. In 2018 alone, the Colorado government allocated $5 million to deferred capital maintenance, $4 million to fixing ageing parks and recreation centres and $8 million to affordable housing — all from legal cannabis.

Yup, if you’re wondering how Canada’s situation will unfold, take a look at what happened in the numerous states that legalized cannabis before us.

Just like it’s friends further south, Washington’s first year of legal cannabis sales are crumbs compared to today’s market. With a small infrastructure for retail in place, many consumers opted to stay in the black market’s clench.

First year sales numbers were still a nice boost to the economy, coming in at $260 Million USD. This number has since ballooned to $1.3 BILLION USD in 2017, as reported by the liquor board of Washington.

Clearly, Washingtonians have flocked from black market sources to the government-approved outlets. And Canada’s consumers will do the same, flocking away from dispensaries like MJN Express to licensed retailers. 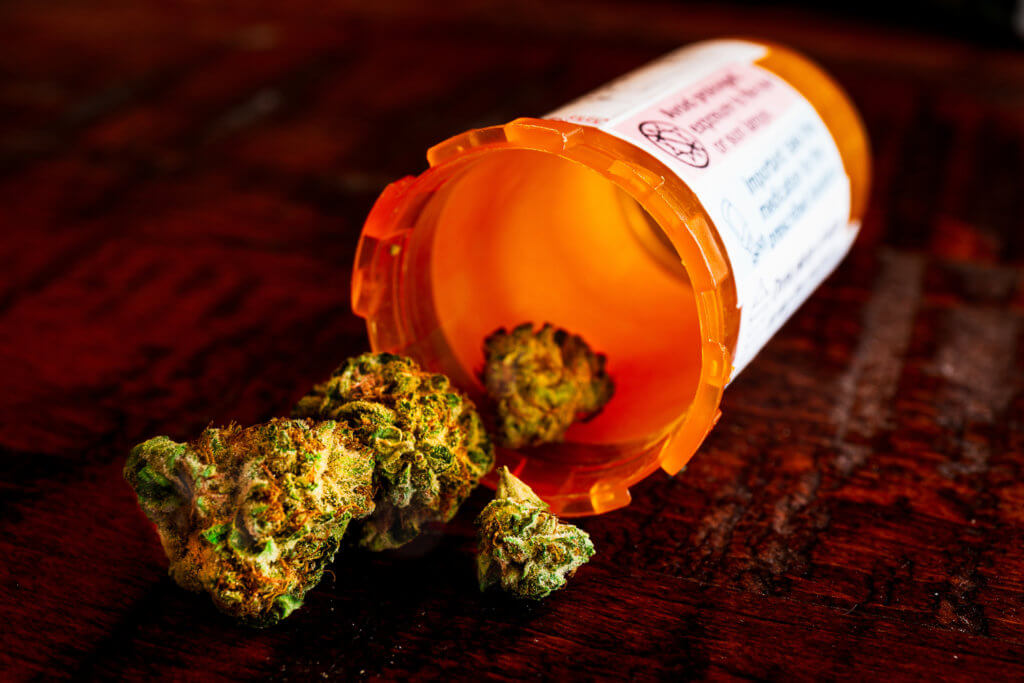 Again, California is another case study of how legal cannabis sales will balloon far much greater than what its first-year sales are depicting.

Although it’s almost been 2 years since Prop 64’s fruitions have come to light, Cali’s legal cannabis market didn’t waste any time making a dent — they collected $1.3 billion USD in its first year!

Not only this, but estimates predict the legal market will generate  $6.5 Billion USD a year by 2022. Numbers that will have you gawk at, without a doubt, thus, officially closing the doors on MJN Express and other gray and black market dispensaries.

Will MJN Express Survive? Or Will They Pursue Greener Avenues?

As for MJN Express and other grey market MOMs, whether they survive will be the result of many factors.

With a lack of LP cannabis and no parameters yet set for edibles and craft cannabis products, it seems unlikely that the flourishing grey market will take a dip in the next couple of years. As well, with the bottleneck of licenses being processed and approved, it seems highly unlikely that consumers will venture into a market with inferior selection and product.

However, as statistics show in the United States, it’s only a matter of time before the legal market catches up and gets their piece of the pie, snatching it from dispensaries like MJN Express.

Do you agree? What are your thoughts? Shoot me an email and let’s talk about it!