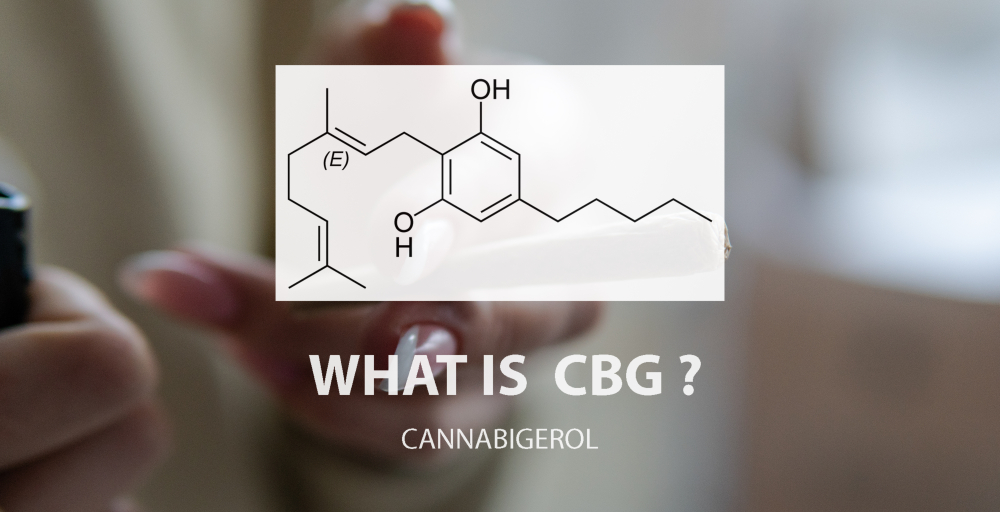 CBG – while cannabinoids such as THC (Tetrahydrocannabinol) and CBD (Cannabidiol), there are still a plethora of unknown and underappreciated cannabinoids within the cannabis plant.

Of the 100+ cannabinoids found in the cannabis plant, CBG is one of the more elusive of the bunch, being incredibly hard to attain in large quantities. As a result, research and studies involving CBG are still in their infancy, with a large potential for further growth in the medicinal world.

While only present in levels less than 1%, CBG is still an important cannabinoid to understand for a variety of reasons.

The Basics of Cannabis Biology

By now, you probably already know that the cannabis plant is made of several different compounds like phytocannabinoids, terpenes, flavonoids and many others.

Historically, the most prominent and notable of these compounds is THC, for its instantly distinctive psychoactive effects. Up until recently, THC was known as the main compound in cannabis with the other lesser cannabinoids being shoved off to the side.

Our bodies are built-in with our own endocannabinoid system when it comes to regulating bodily functions such as mood, appetite, and pain. Here, several receptors, namely the CB1 and CB2 receptors with the former being associated with the nervous system and the latter with inflammation, are what the cannabinoids in cannabis interact with and activate when consumed.

For example, THC will activate a handful of receptors that CBD will not, and vice versa. That said, our bodies also produce several of their own cannabinoids called endocannabinoids, with the two main ones being Anandamide and 2-Arachidonoylglycerol.

With more and more research being conducted in an effort to breaking down the medicinal utility of the cannabis plant, we have discovered many more cannabinoids present at different levels in the maturation of the plant.

Research is now shedding light on the other lesser cannabinoids such as THCV, CBN, and THCA. But there is one particular cannabinoid that stands out as something truly unique, and that is Cannabigerol (CBG).

Cannabigerol or CBG is a phytocannabinoid that acts very much like a stemcell to the other cannabinoids you are familiar with.

Interestingly, CBG is the precursor to the three major cannabinoids: THCA, CBDA, and CBCA. It is known that early in the development of the plant, specific enzymes break down CBGA and direct the resources to one of the main cannabinoid pathways, THCA, CBDA, or CBCA.

As research is still in its embryonic stage, CBG has not undergone any clinical trials as of yet, but it is currently an important topic of study for its pharmacological potential.

Cannabigerol (CBG) is a rare non-psychoactive compound found mainly in cannabis strains containing a low THC and high CBD cannabinoid profile. Much like other cannabinoids such as THC or CBD, CBG also reacts with our endocannabinoid system along with its receptors in our brain.

Much like THCV, CBG has an innate ability to act as a buffer to the psychoactive effects of THC, helping to also alleviate anxiety and paranoia.

Of the most notable of its benefits, Cannabigerol helps in slowing the proliferation of cancer cells and greatly reduces intraocular eye pressure, which is associated with Glaucoma.

This, along with its ability to help keep inflammation, nausea, and pain at bay make it a suitable choice for treating conditions such as Crohn’s disease, Glaucoma, and even cancer.

The Benefits of CBG

“Animal studies have shown that CBG stimulates receptors involved in pain and heat sensation and can also stimulate a2-adrenergic receptors in the brain and blood vessels, which are involved in blood pressure regulation,” says Dr. Mintz. “Thus, CBG might have a role in blood pressure regulation and pain. CBG may have some anti-inflammatory properties as well.”

To add to this, the potential benefits of effects of CBG fall in line with those of many other cannabinoids, namely CBD, and limited research has yet to unveil its full capabilities.

“In regards to specific diseases, there are two animal studies showing that CBG may be beneficial in inflammatory bowel disease (like ulcerative colitis and Crohn’s disease) and Huntington’s disease (an incurable brain disease). Test tube studies have also shown CBG to have antibacterial properties and prevent colon cancer,” he adds.

As mentioned previously, Cannabigerol has shown evidence for multiple different potential treatments such as cancer, Crohn’s disease, Glaucoma, and Irritable bowel syndrome. Coupled with CBGs ability to raise dopamine levels, the cannabinoid may fight stress, improve mood, and help to regulate things such as sleep and appetite.

While things are looking good for CBG, more rigorous clinical trials are required to gain more insight into how CBG differs from the rest of the cannabinoids from the cannabis plant.

The Downsides of CBG

CBG is only found in trace amounts of cannabis plants, making it incredibly rare and therefore expensive to produce. That said, the CBG content of most cannabis plants is a mere 1-2%, a fraction of THC or CBD dominant strains that can possess a 20% cannabinoid content. What that means is CBG takes in an incredible amount of biomass to produce, 10-20 times more than regular crops.

Adding to the scarcity of the situation, growers have one of two options when trying to cultivate CBG crops: Wait until it’s time to harvest the hemp plant, or harvest the entire crop for pure CBG before it gets broken down and redirected to creating other cannabinoids.

Cannabis plants can also produce only a finite number of cannabinoids, and thus far, current breeds have been bred with purely high concentrations of THC and CBD in mind, leaving little room for any CBG to be leftover.

Up until now, cannabis breeds that have specialized in CBG have been largely non-existent, it will take some time before breeders are able to cultivate and modify plant genetics to cater to CBG as demand grows intensely for this cannabinoid.

As a relatively new industry in the mainstream spotlight, cannabinoid specific products will take some time to refine until consumer demand consolidates at a uniform understanding of the potential of these compounds.

Until then, it may take anywhere between a few years to a decade before things start to even out – just like how CBD and Charlotte’s Web experienced a long climb to mainstream use.

What is THC? Defining Tetrahydrocannabinol

What is CBDA? How Does it Compare to CBD?