Pinene is an aromatic compound commonly found in cannabis that smells a lot like – you guessed it – a forest of pine trees. But it brings a lot more to a strain’s experience than just flavor. Terpenes such as pinene are fragrant oils secreted in marijuana trichomes, and while they originally developed as an adaptive protection against predators, these compounds offer us humans a variety of benefits. And, fun fact: pinene can also be found in conifer trees, orange peels, turpentine, pine needles, rosemary, dill, basil, and parsley. 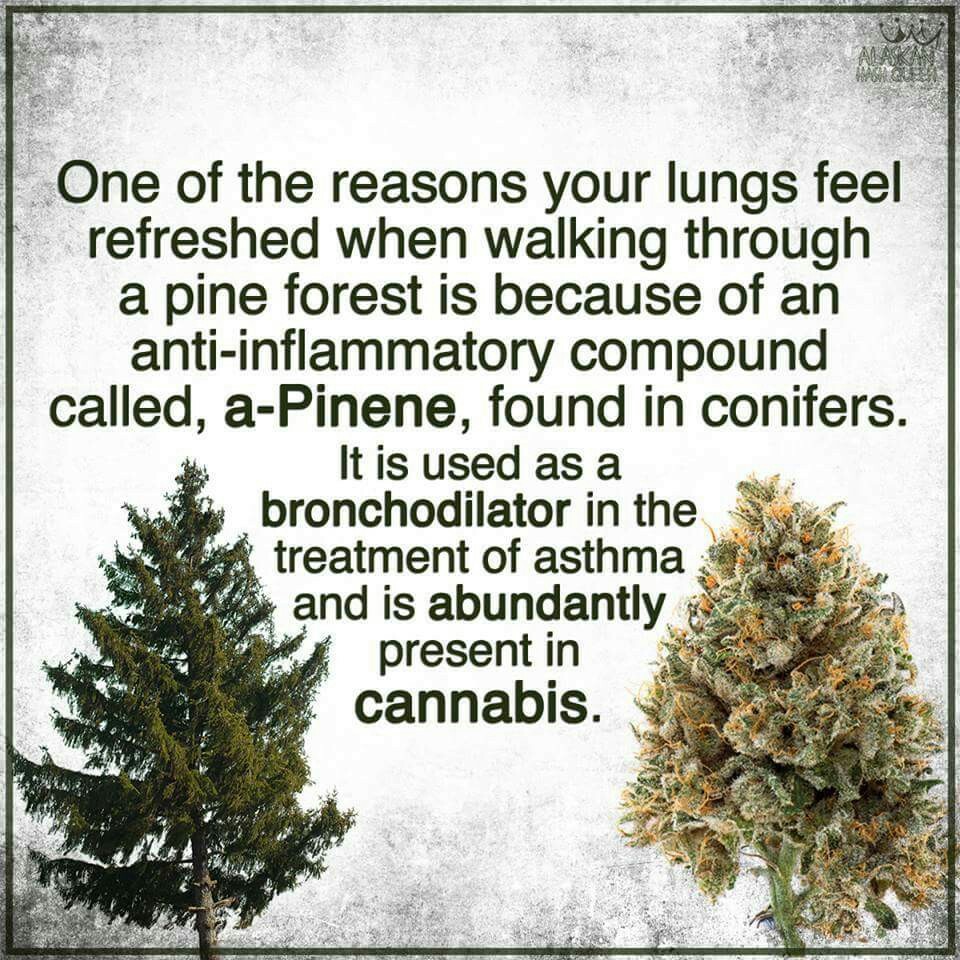 Just as different cannabinoids have different effects, so do terpenes. These unique attributes contribute to the overall composition of a strain, adding a dimension to each one’s “personality.” Some of it’s known effects and benefits include:

You should note that these effects are modulated by other compounds. For example, strains containing high levels of the sedating terpene myrcene may not provide the alert effects mentioned above. It’s important to consider the entire chemical composition of a strain when looking for a specific effect.

The presence of pinene is highly dependent on a variety of environmental factors like grow medium, flowering time, and curing processes. These strains have the genetic potential to produce high levels of it, but the only way to know for sure is through lab-tested product. Luckily, it’s distinct aroma lets you follow your nose to many other strains containing this terpene – just sniff out the pine-scented varieties.

Here are some strains of cannabis that are known to have high Pinene terpenes in them!