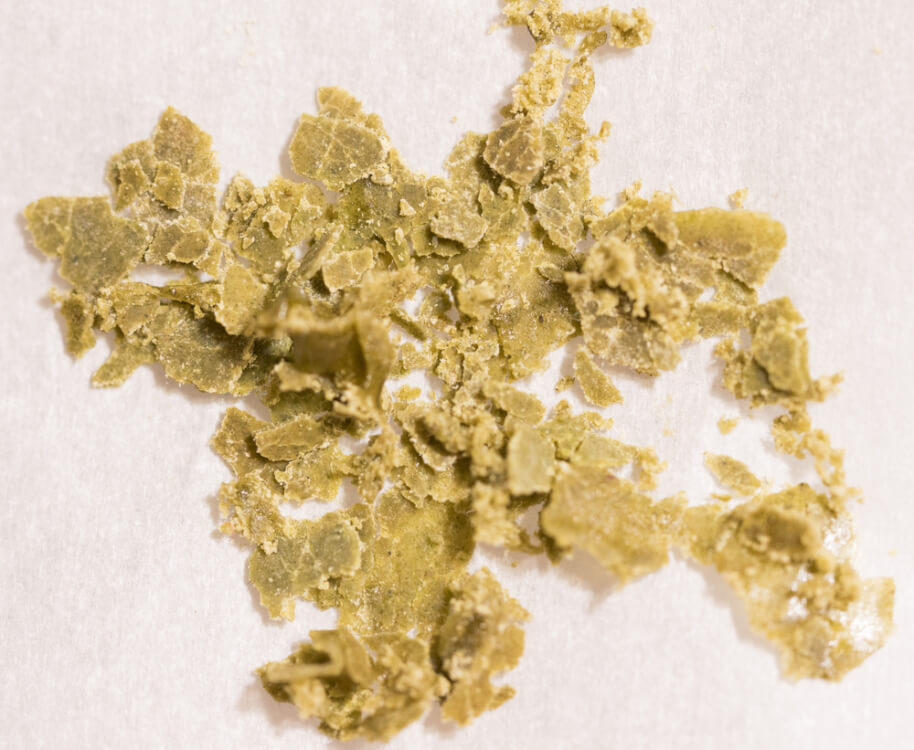 If you’re someone who enjoys the very best that cannabis has to offer, then bubble hash is definitely an option worth considering.

These days, a significant majority of cannabis products focus on raw potency in THC, but bubble hash takes a departure from the norm. Instead, it capitalizes on providing a complete and well-balanced profile of both cannabinoids and terpenes.

Even now, as bubble hash has seen the light of day for many years, it is still the underdog in the world of cannabis concentrates. That said, it should come as no surprise if you haven’t heard of it before.

This type of cannabis concentrate is a rare and premium find that is slowly gaining the attention of tokers worldwide thanks to the recent shift in cannabis legalization.

So, what exactly is bubble hash and, if it’s so good, why isn’t it the most popular concentrate available? To answer your questions, read on.

Today, we’ll be covering the basics of this ‘bubbly’ extract as well as the process that goes into making this aromatic concentrate.

What is Bubble Hash?

Like all other cannabis concentrates, bubble hash undergoes an extraction process that involves separating the psychoactive cannabinoids and terpenes from the cannabis plant into a concentrated and isolated form.

Bubble hash, in particular, is made with the use of multiple bubble bags to yield a more refined version of hash than traditional variants. Producers will agitate a large amount of cannabis in a bucket lined with bubble bags and filled with ice and water to separate the trichomes from the plant matter.

This entire process is unique to other forms of extraction because it is solventless and purely mechanical in nature. Typically, cannabis concentrates are made using solvents like butane, propane, or even carbon dioxide.

Because no heat is used to create the actual concentrate, the terpene profile largely remains unaltered and intact, giving the bubble hash a lovely aromatic and flavour profile.

The preservation of terpenes in hash also gives rise to the entourage effect, a synergistic effect between the cannabinoids and terpenes that can fine-tune the actual effects of the high.

Forget the terms indica and sativa altogether because a large majority of the nuance in cannabis is actually created from the balance of terpenes and their roles in either antagonizing or promoting the effects of the cannabinoids.

Ultimately, most cannabis concentrates that solely focus on THC content will be void of the entourage effect’s nuances.

While you may know the answer to the question “what is hash?” don’t think that you’ve uncovered all the secrets. There is one more. Hash and bubble hash are not the same.

On the surface hash and bubble hash may appear to be the same, yet, bubble hash is actually quite a bit more refined than traditional old hash.

Although both are excellent options for getting a potent fix of cannabinoids, bubble hash is mainly created with fresh or flash frozen bud, ensuring that the concentrate’s quality is at peak levels.

Both forms of hash require quite a bit of effort. However, the multiple bubble bags involved in refining bubble hash allow the concentrate to become even more refined than its predecessor.

For more information regarding the different types of hash and which might work best for you, check out our complete guide here.

A Guide to How to Make Bubble Hash

Like we said before, making bubble hash at home will require a fair bit of work, but the results are well worth the labour.

Start by layering your 5-gallon bucket with your bubble bags. Begin with the tightest weave first, then begin progressively layer the bags with the looser weaves.

By the end of it, your bucket should be lined with the bubble bags from finest weave to largest weave, with the largest weave being the last bag to line the bucket.

Typically, 3-4 bubble bags are used to make bubble hash, although you may adjust this depending on your needs.

Pour your cannabis into the lined bucket and then proceed to fill the bucket up with enough water so that the cannabis is completely submerged. Generally speaking, the colder the water, the better.

Cold temperatures tend to make the trichomes of the cannabis more brittle, meaning that they will tend to break off from the rest of the plant easier when you eventually stir the bucket.

Begin churning the bucket of water and cannabis for roughly 15 to 20 minutes. After you’ve mixed the cannabis enough, allow it to rest in the bucket for about 30 minutes.

By now, the cannabis should be agitated enough so that the trichomes would have separated from the buds. Start preparing a clean flat surface to store piles of your bubble hash.

If you’re looking to separate each batch depending on the hash’s quality, keep each batch from each bubble bag in a separate pile.

Grab some cheesecloth and press each pile of hash to remove any moisture. Allow the bubble hash to dry and then store it in a secure container.

How to Smoke Bubble Hash

One of the best features of bubble hash, is the many different ways that you can enjoy it.

Arguably the most common and by far the easiest is packing your hash into a pipe or a bong. If you do decide to go this route, be sure to prime your hash first on a key or a spoon and gently apply a flame until it’s soft and crumbly in texture.

You can also roll hash into a joint, vape it, dab it and more.

If you’re unsure as to which smoking technique would best suit your style and available resources, don’t sweat it! We’ve developed a helpful guide outlining the various options of how to smoke hash.

You can find this guide by following the link here.

The Bubbliest Kind of Concentrate

Bubble hash has been around for quite some time. Although it is not the newest type of cannabis concentrate, it offers a premium experience that is even more refined than traditional hash variants.

For those who enjoy artisanal hash as well as the aromatics and flavour of their weed, bubble hash is a great option that should be on your bucket list.

If you don’t want to go through the involved process of making your own bubble hash at home, you can also purchase it online. However, be sure that you are buying your products from a reputable and reliable dispensary to ensure they are made appropriately and safe to consume.

Enjoy the complex combination of terpenes and potency that come with bubble hash. Once you’ve tried it, you’ll be singing its praises!